From Tortosa I went further South-West along the Mediterranean coast. The next destination on my route was the resort town of Peniscola, which is already located in another province - Valencia.

We go by train to the Benicarlo-Peniscola station, then by bus Vinaros-Peniscola to the end, to the fortress itself (schedule). In summer, the bus stops directly at the train station, in winter-in the center of the city of ryados with the monastery of St. Francis (address Carrer San Francesco, 29 on the map).

The city Peñíscola (emphasis on the letter I!) it is famous for an ancient fortress located on a Peninsula, which is a rock rising from the sea, connected to the coast by a sandbar. Hence the name, from the Latin peninsula - "Peninsula". A fortified trading post was founded here by the Phoenicians in the 7th century BC, they were replaced by the Carthaginians, then the Romans. In the 5th century, the Peninsula was ruled by the Byzantine Empire, who were replaced two centuries later by the Arabs, who built a fortress here and named it Banaskula (Banasqula). The heyday of Peniscola began in the 14th century, when the knights Templar built a fortress here, which became one of the most impregnable on the Mediterranean sea. 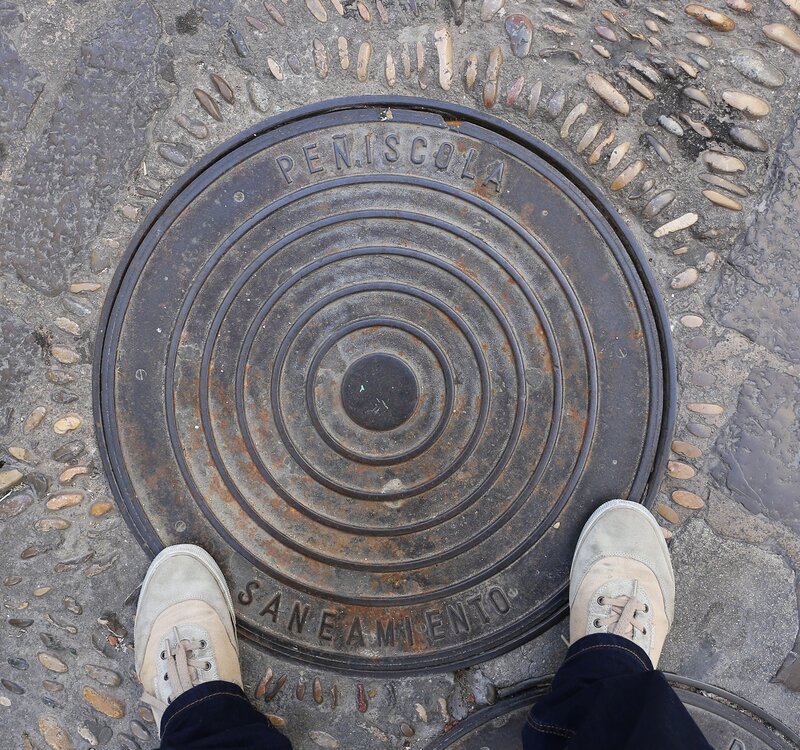 The territory of the fortress is accessed by the gate of St. Peter (Puerta de Sant Pere on the map) . The portal was designed by Filibert Bertalla in 1414 , during the reign of Benedict XIII, known as the Pope (or antipope) The moon, as evidenced by the coat of arms of the disgraced cardinal above the arch. Due to this bas-relief, the gate is sometimes called the "portal of Papa Luna" (Puerta del Papa Luna). The gate was built into the fortress wall, providing access to the city from the wharves of the commercial port, which operated until the 18th century. Later, the port became a military Harbor, and the gate was walled up until the end of the 19th century. 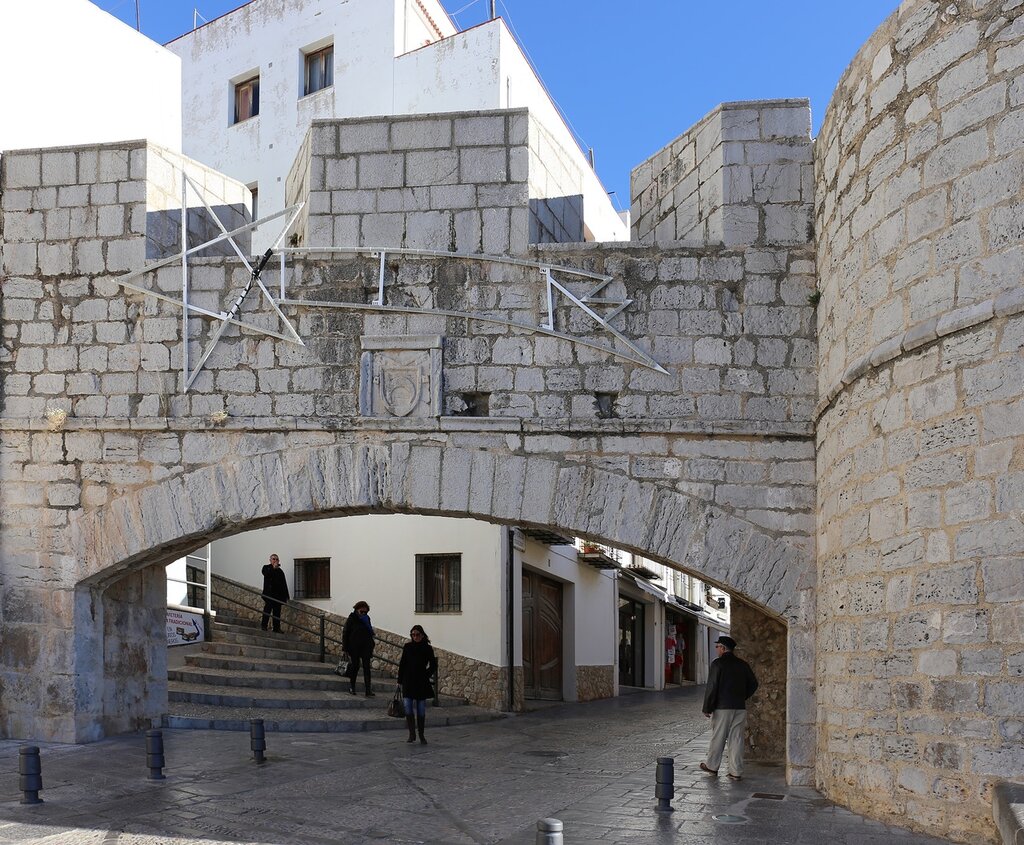 After passing through the portal and climbing the steps to Calle Saiz de Carlos, I head towards my hotel, located inside the fortress walls. 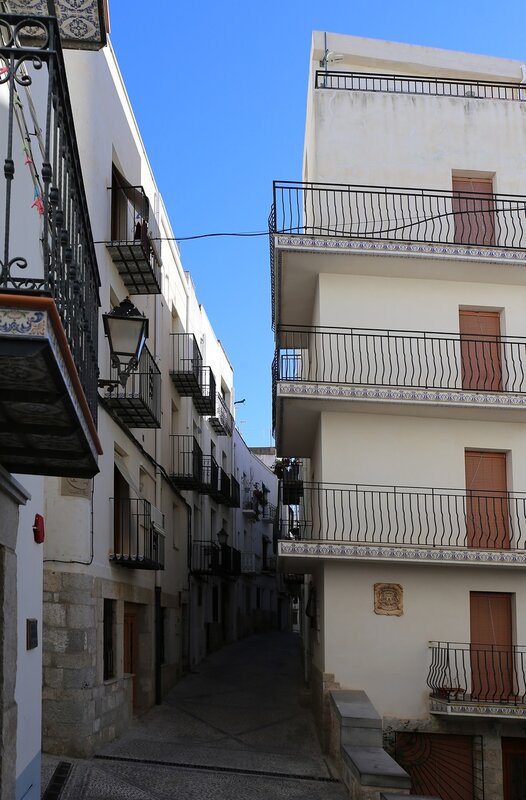 The buildings inside the fortress date back to the 18th-19th century, but the buildings are kept in excellent condition. 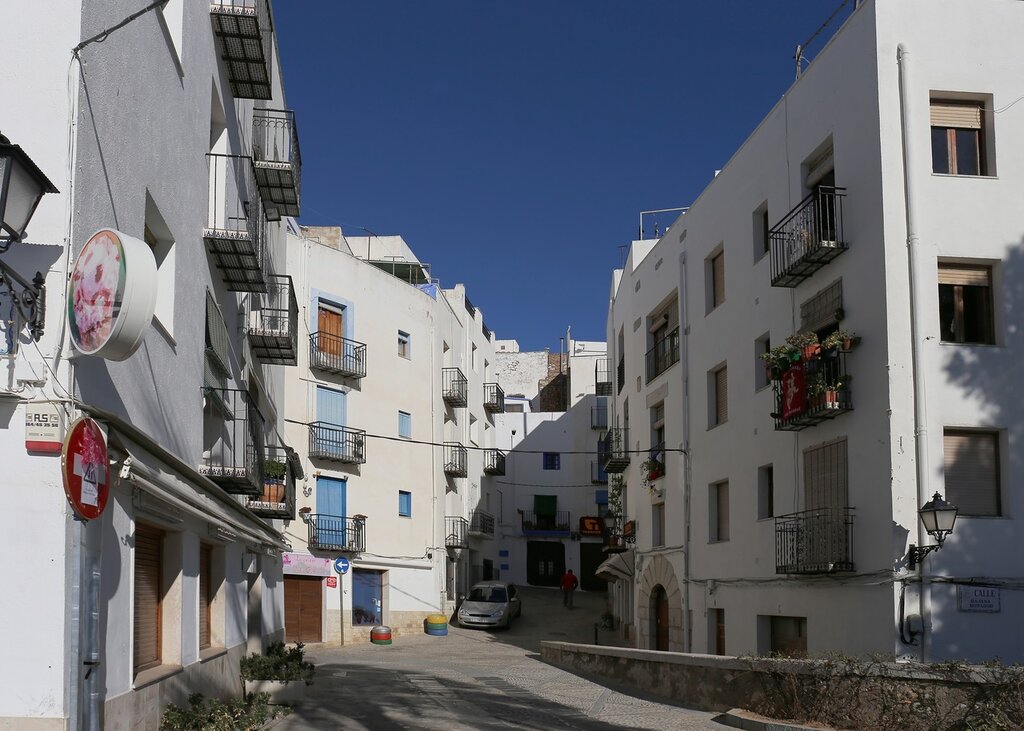