Walking a block from the portal of St. Peter along Calle Saiz de Carlos, on the left, in a small cul-de-SAC, you can see the chapel of St. Anna (Capelleta de Santa Anna on the mapThe chapel was built on the site of the Church of the same name, which was destroyed in January 1812, during the siege of the city by the Napoleonic troops of General Severoli. On the site of the destroyed temple at the initiative of the daughter of Governor sebastián Duarte (Sebastián Duarte) Anna Duarte i Donoso and this chapel was built, as evidenced by a memorial plaque. Traditionally, women come to the chapel after giving birth, saying a prayer of gratitude for the successful resolution, and on July 26, the chapel becomes the center of the city's festival of Santa Ana. 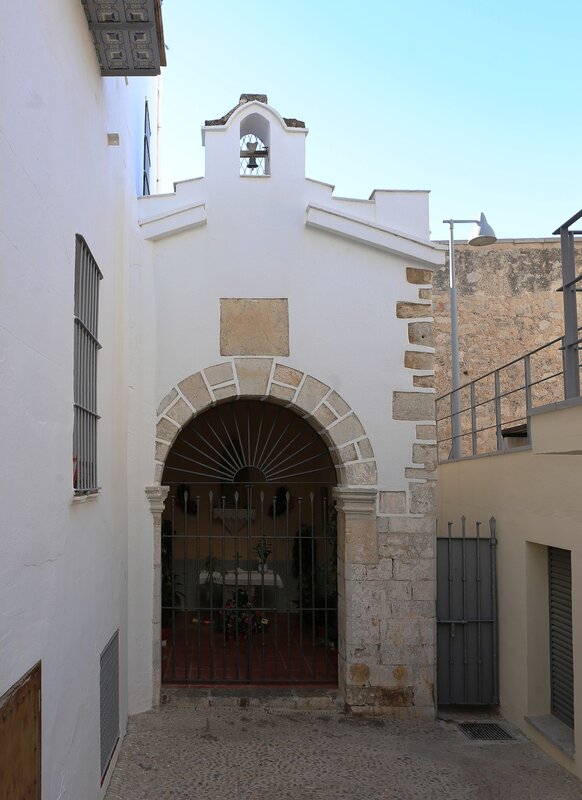 Very close was my sleeping place, Casa Juanita on the map. A nice place, the only downside - the room was cool, the heater was only in the bathroom, and the blanket was thin, I had to sleep in thermal underwear. 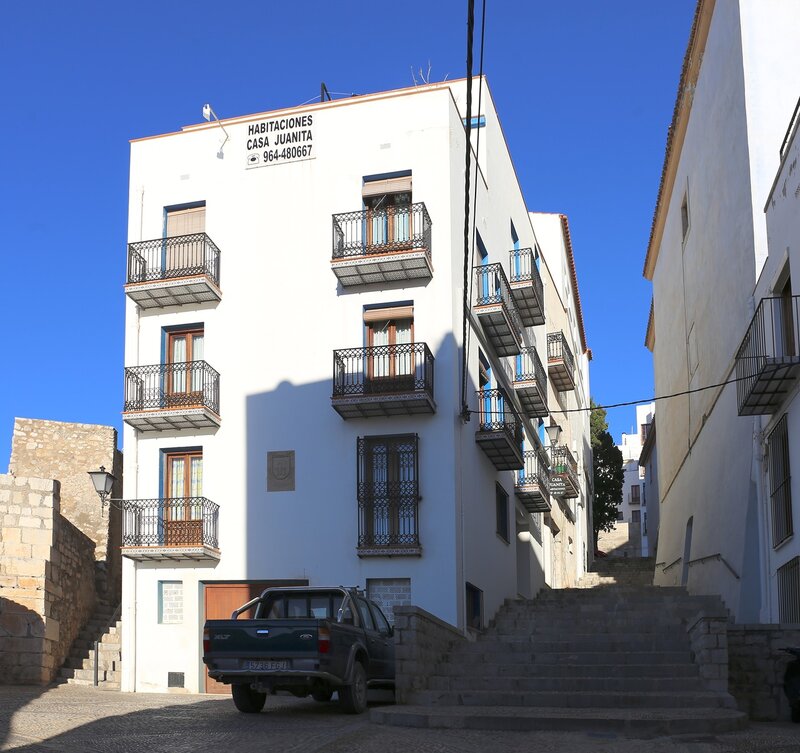 Dropping my backpack, I went for a walk through the amazing light, white city. Usually, the narrow streets of ancient cities look a little gloomy, even on a Sunny day, but this can not be said about Peniscola. 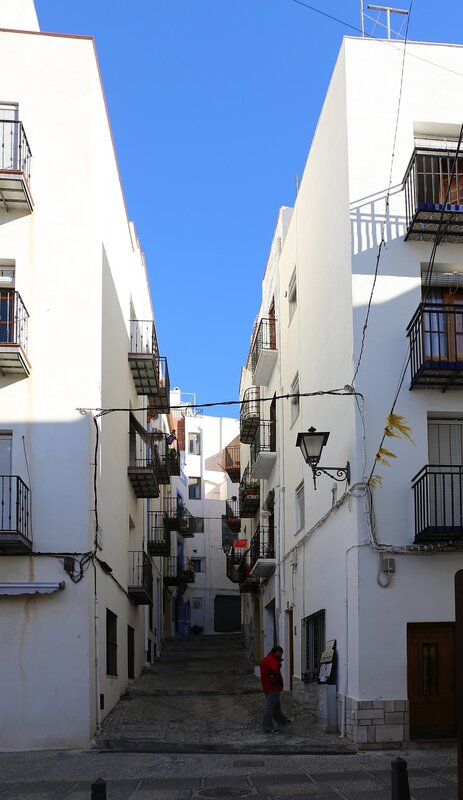