Behind the postoffice building, in the middle of the small Plaza Tetuan (Plaza Tetuan on the map), rises a metal 17-meter structure called Minerva Paranoica byMiquel Navarro, one of the leading masters in the style of so-called "new Spanish sculpture". The artist positions his work as expressionism. The sculpture "Paranoid Minerva" schematically depicts the attributes of the Roman goddess of war. The creation was first shown in the Crystal Palace of Madrid's Retiro Park, in 1989. 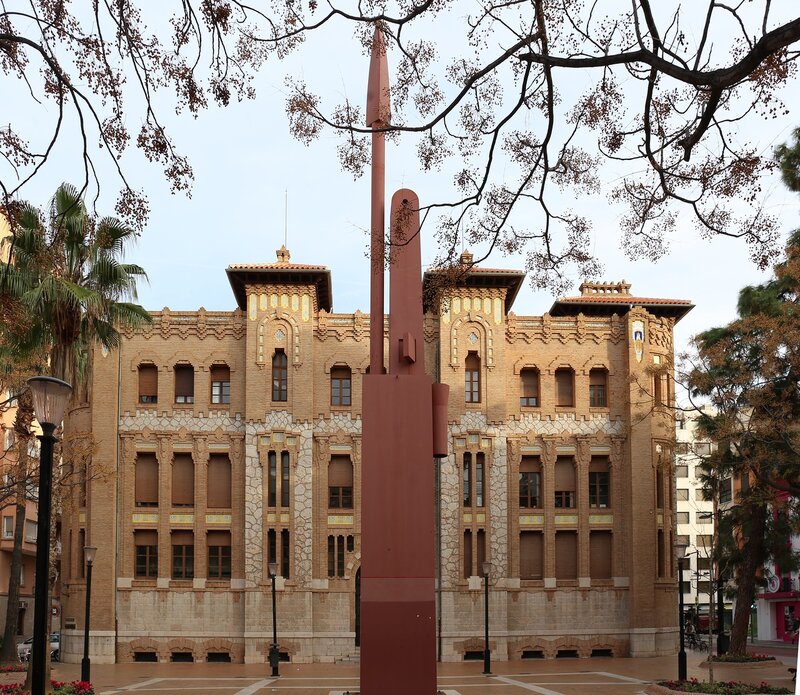 The square is surrounded by an original building of the late 19th - early 20th century. 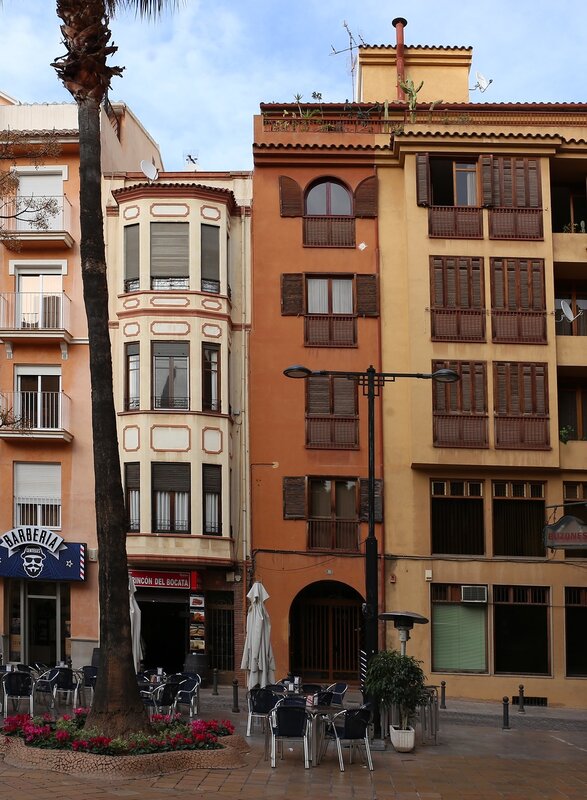 Most of the buildings are designed in an eclectic style. 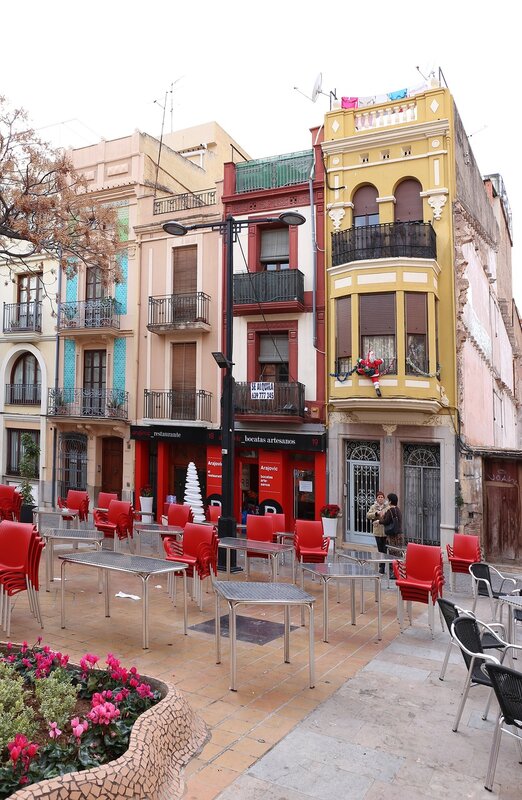 and in this house you can see some features of early modernity. 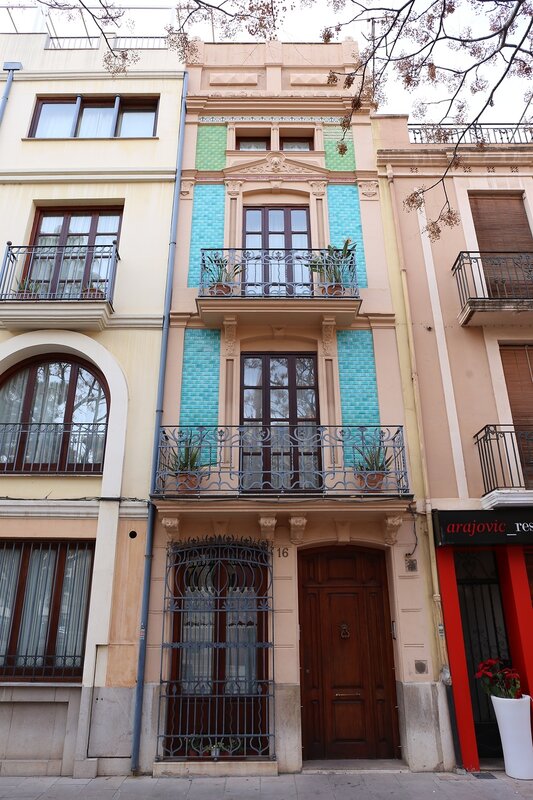