In the middle of the Avenue of the virgin of Lledó (Avenida de la Mare de Deu del Lledó)half a kilometer from the Basilica of the same name, there is a monument to the farmer Peroto de Granyana (monument a Perot de Granyana on the map). 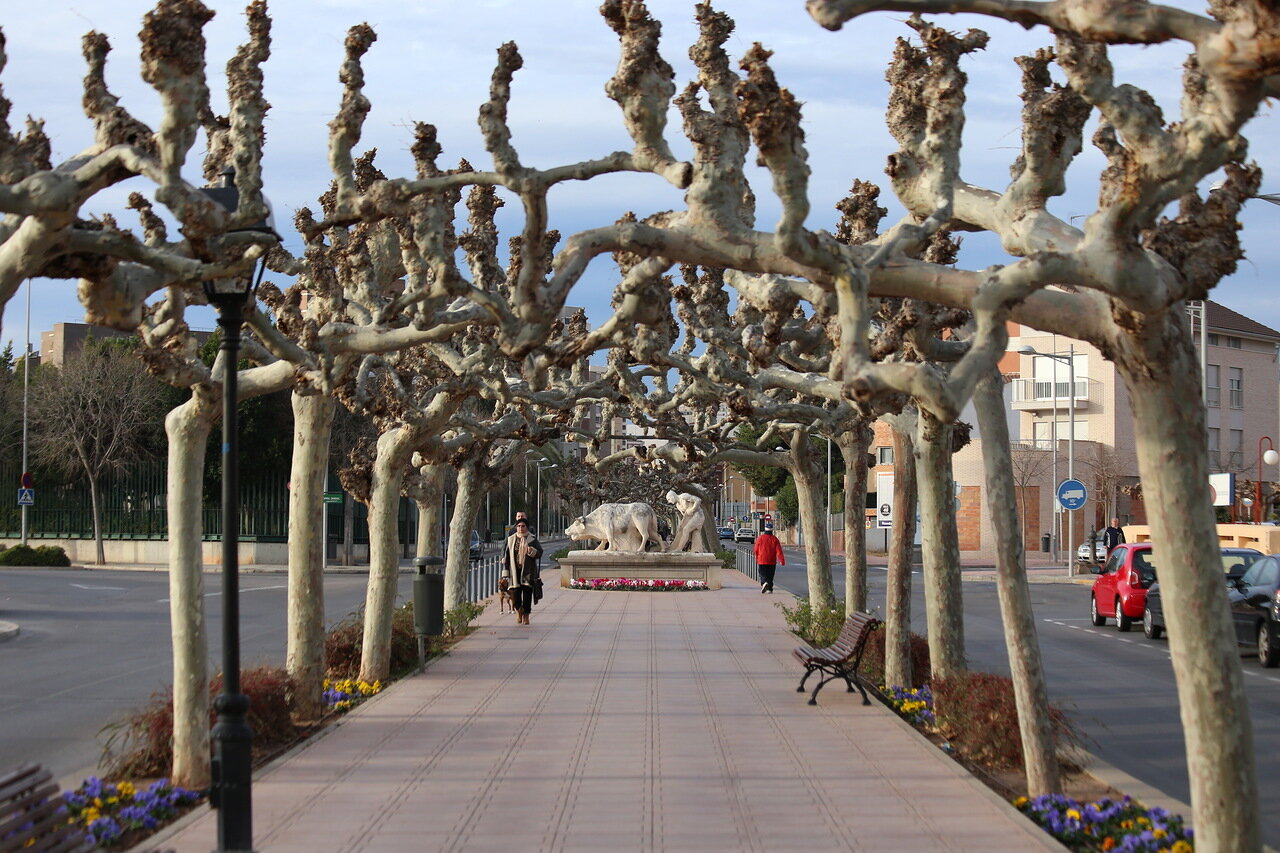 According to legend, Peroto de Gragnana was plowing a field with two oxen, which suddenly stopped at a hawthorn Bush, and did not want to go further. When peroto went around the oxen, he found a small wooden statue of the virgin under a Bush, which He took home that evening. The next morning, the statue was not in the farmer's house, but when he went out into the field, he found it in its original place, under a hawthorn Bush. The next day, the statue again disappeared from the peasant's house and was found under the same Bush. After that, Peroto told the story of the amazing disappearances to the city authorities, who at first thought he was crazy, but he persuaded them to come to his field, where they witnessed the miraculous appearance of the virgin surrounded by angels. Then it was decided to build a Basilica on this site, and the figure, which received the name of the virgin of Ledo (Lledo - Valencian "hawthorn"), became the patroness of the city. 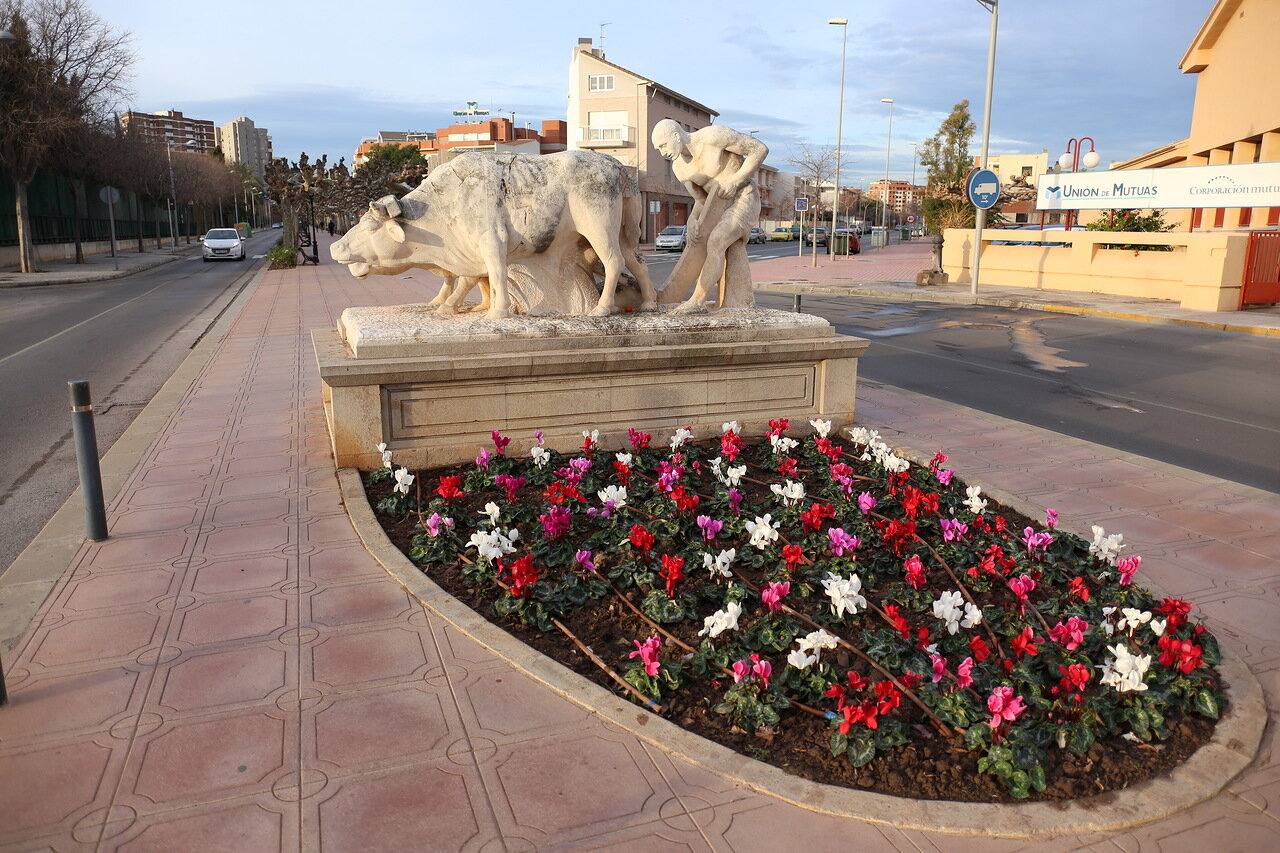 The monument, made by the famous sculptor Juan Bautista Adsuara, was opened in 1958. 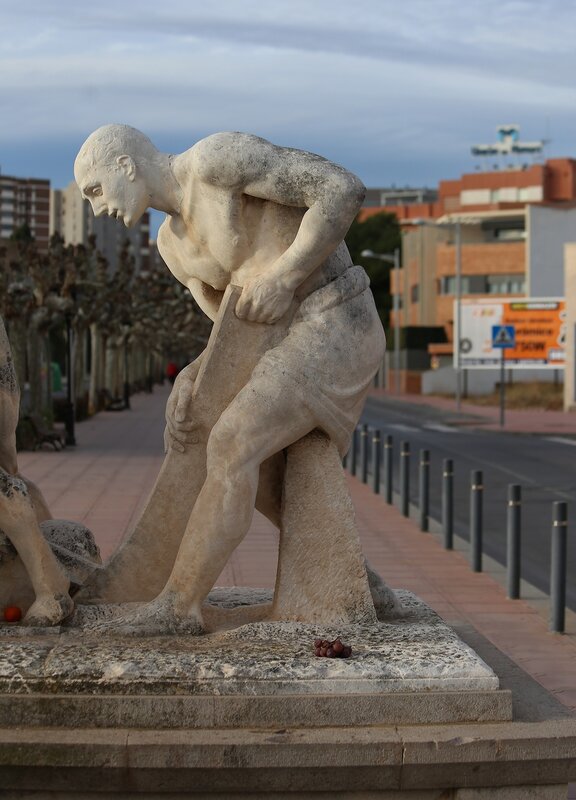 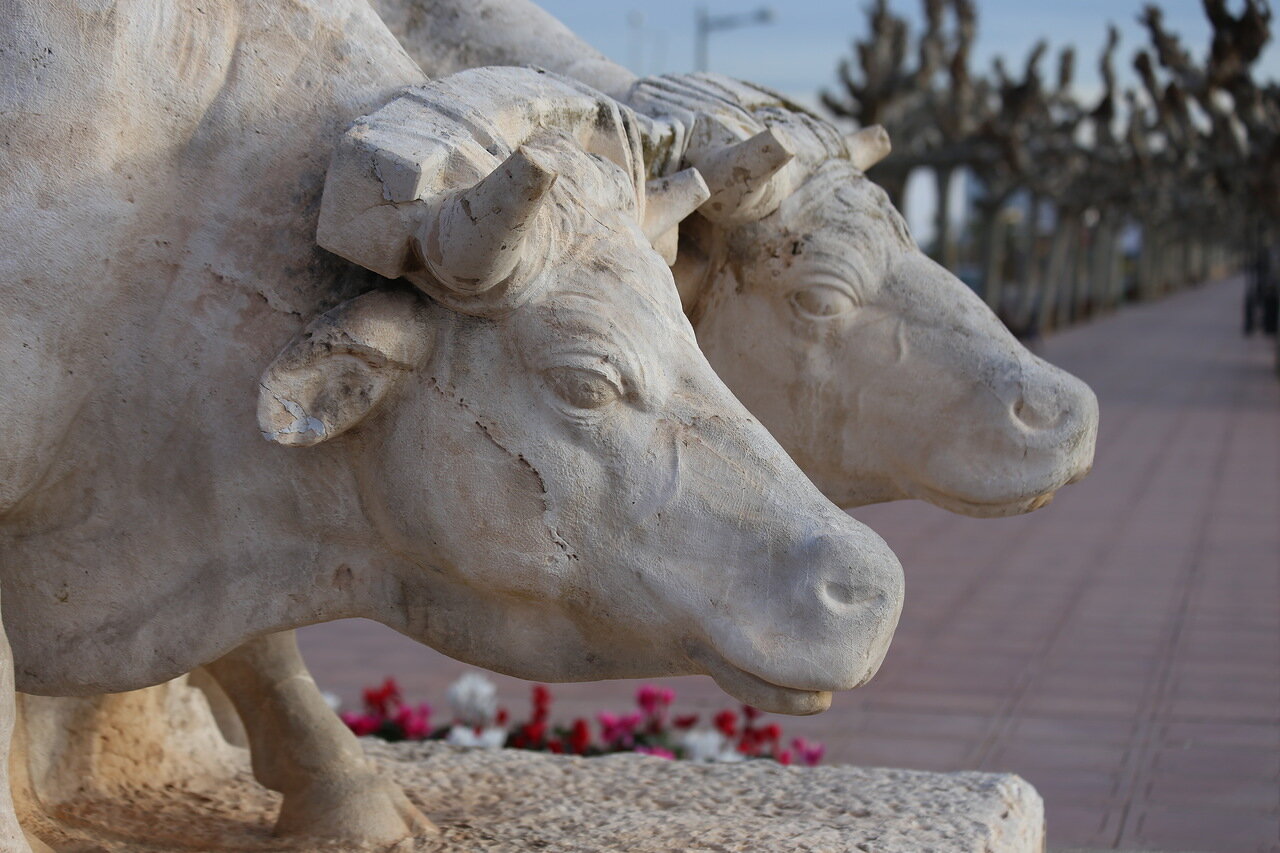