After passing from the squareMaria Agustina (Plaza María Agustina) on the Avenue of the virgin of Lledó (Avenida. de la Mare de Déu del Lledó) asideThe Basilica of the virgin of Ledo is about half a kilometer away, and we will see an iron colossus standing right in the middle of the street. 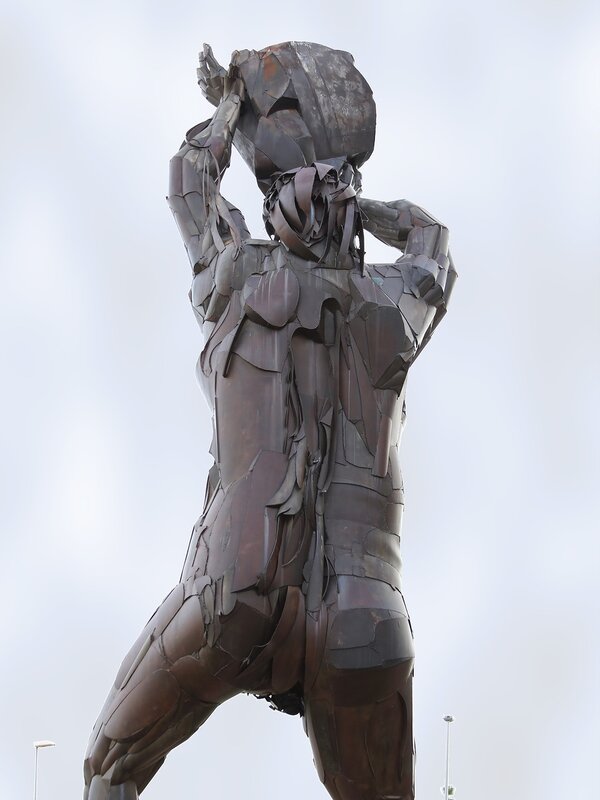 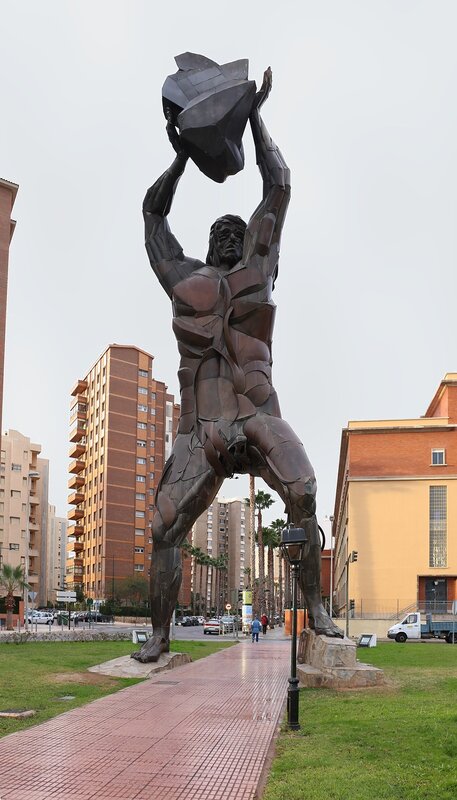 The sculpture, which recreates the hero of the novel Josep Pasqual Tirado (Josep Pasqual Tirado), is installed for the 750th anniversary of the founding of the city. Legend has it that the brave and kind giant Tombatossals tore down the mountains to make way for farmland. On the resulting plain, the city of Castellon de La Plana appeared. 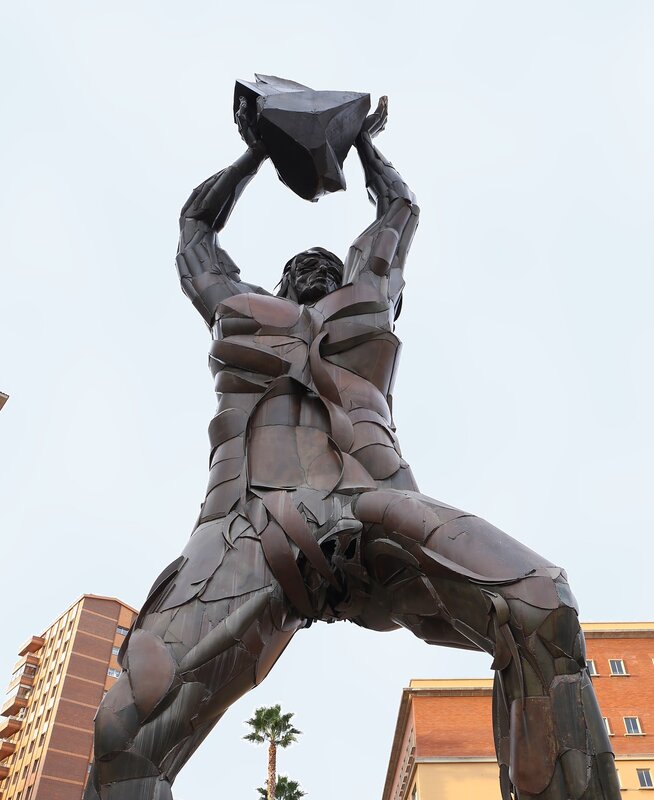 In the same square there is another original creation of modern Spanish architects, which reminded me of an upside-down faceted glass. 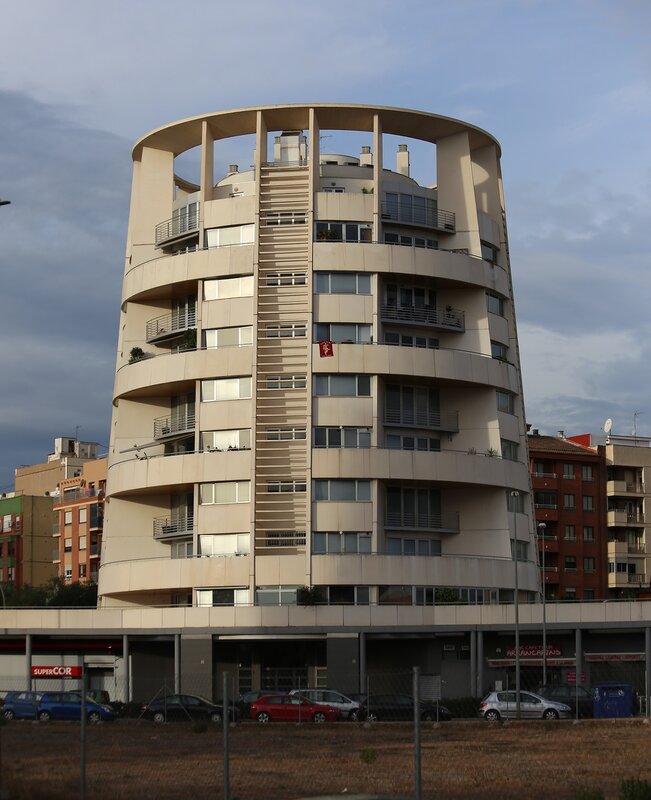