In the business part of the city center, on the Plaza Puerto del Sol (Plaza Puerto del Sol, Gate of the sun) there is one of the most beautiful examples of the decline of the architectural art Nouveau era - the former casino building (Casino Antiguo on the map). 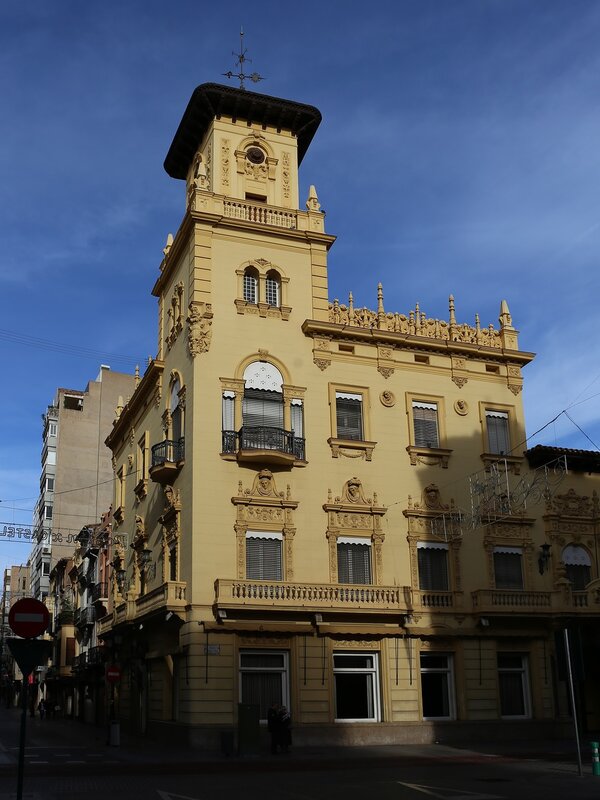 At the beginning of the twentieth century, the city Council of Castellon took care to restore the Palace of Tirado (Palacio de los Tirado), built in the 18th century and in a deplorable state. A competition was announced, where the project of Francisco Maristany y Casajuana won, becoming the first major work of a well-known architect later. The reconstruction of the building began in 1922 and included both internal alterations and the creation of an almost new facade, symmetrically facing on two sides. 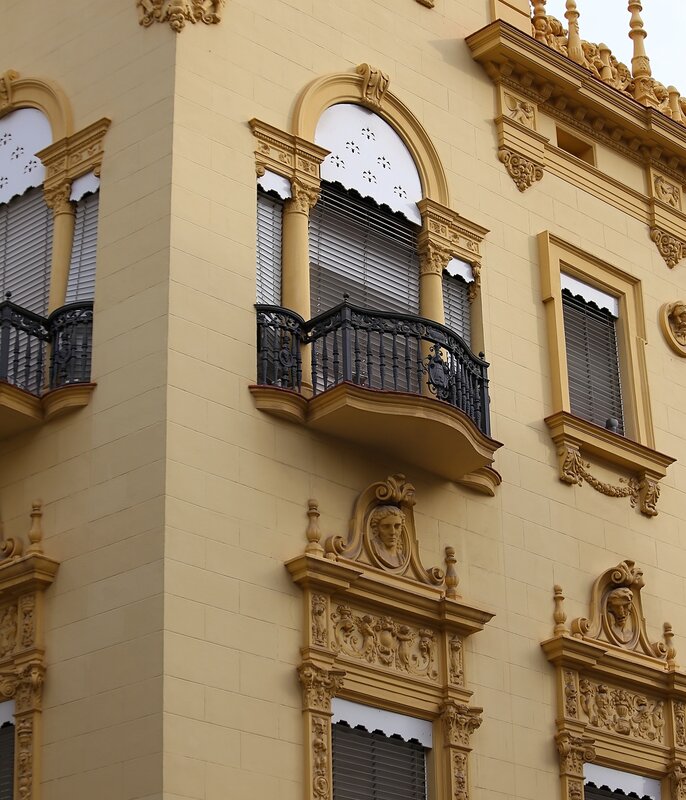 The building is completed by a tower surrounded by a balustrade, 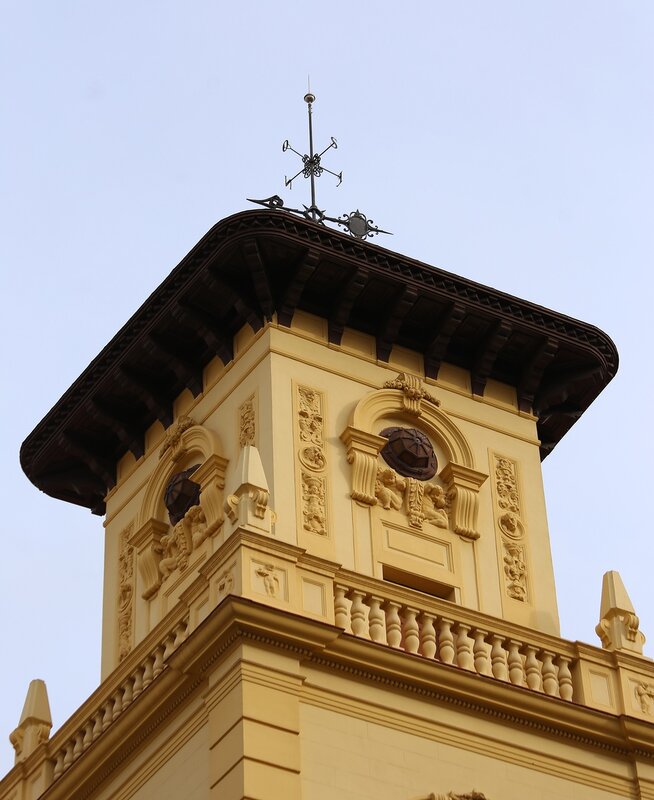 The building is crowned by an elegant wrought-iron weather vane. 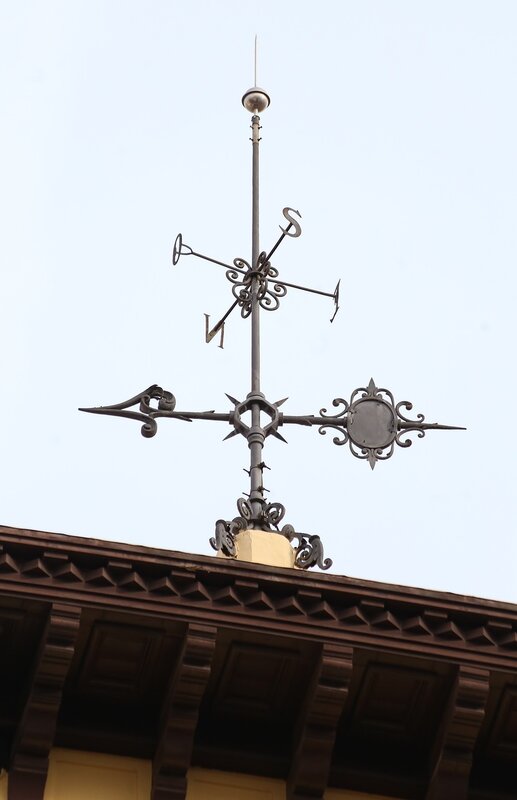 The renovation was funded by the city casino, founded in 1814 , and it moved to the renovated Palace, completed in 1923. Now the building houses a large community center, where various cultural events are held. part of the building is occupied by the famous Casino Antigua restaurant, which has several halls and an open veranda. 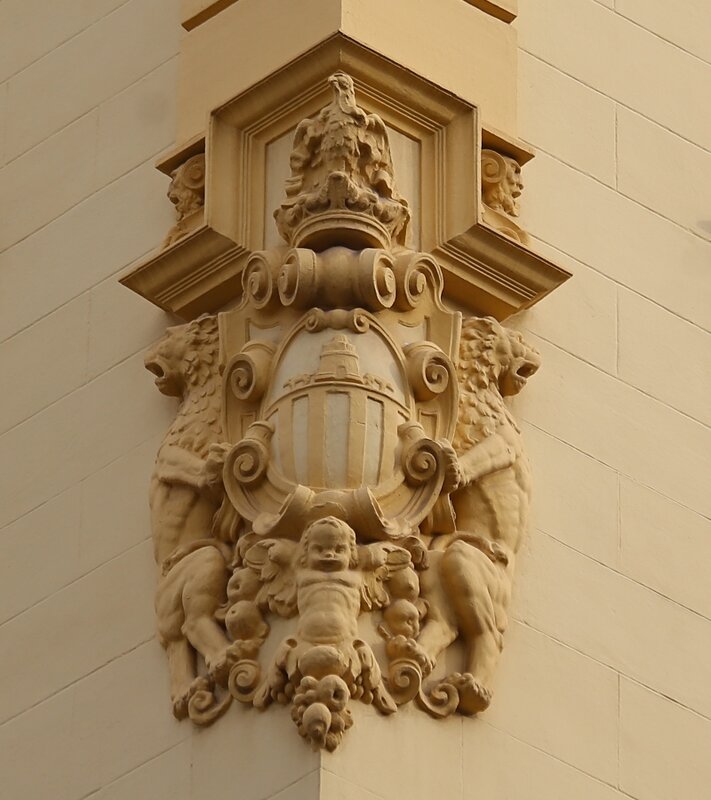