A wide staircase descends from the battery of Calvario (Batería del Calvario on the map) to the serpentine of Calle Olvido. 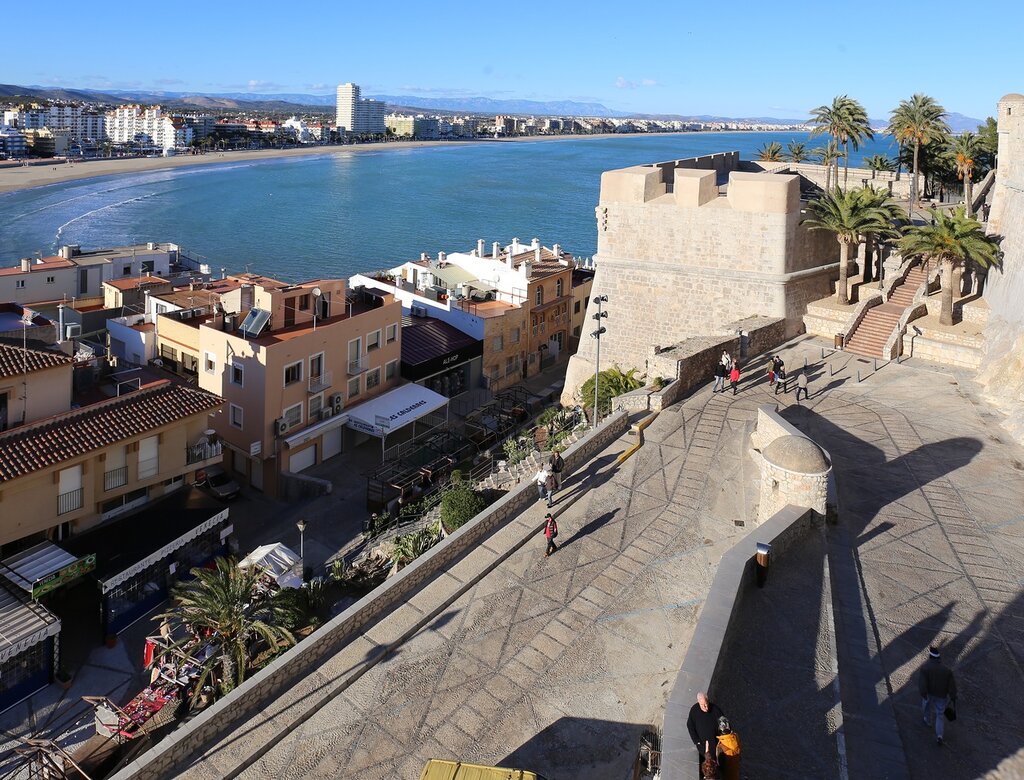 There is another city gate-portal FOSC (Portal FOSC, Portal oscuro - "dark gate", on the map), built in 1563. 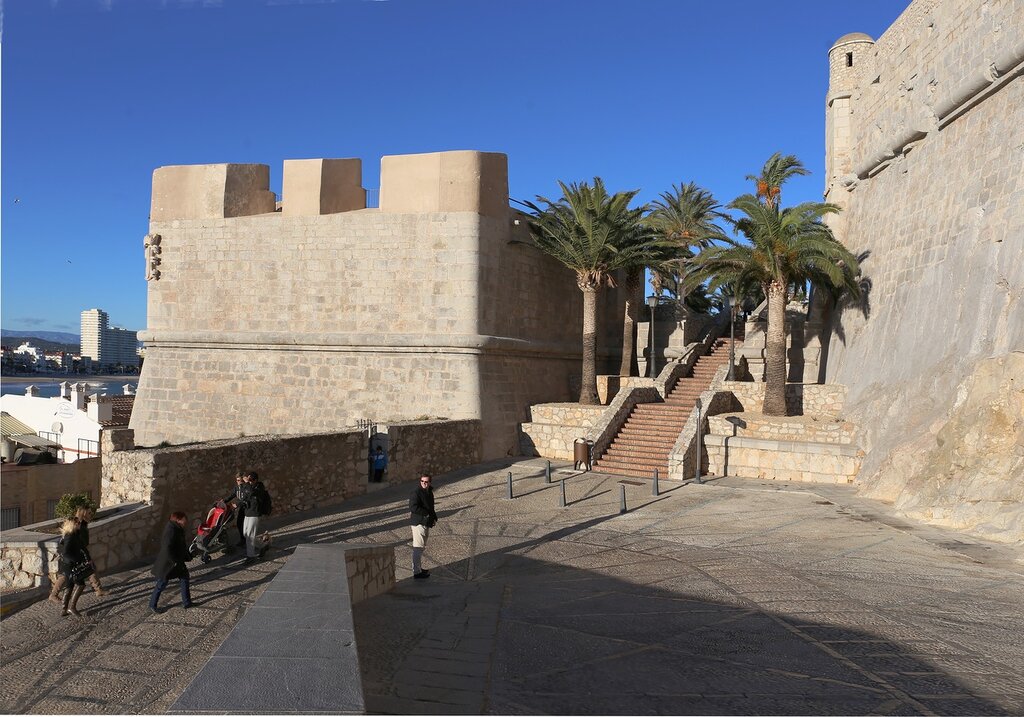 Calle Olvido descends to the squareCaudillo (Plaza Caudillo on the map). 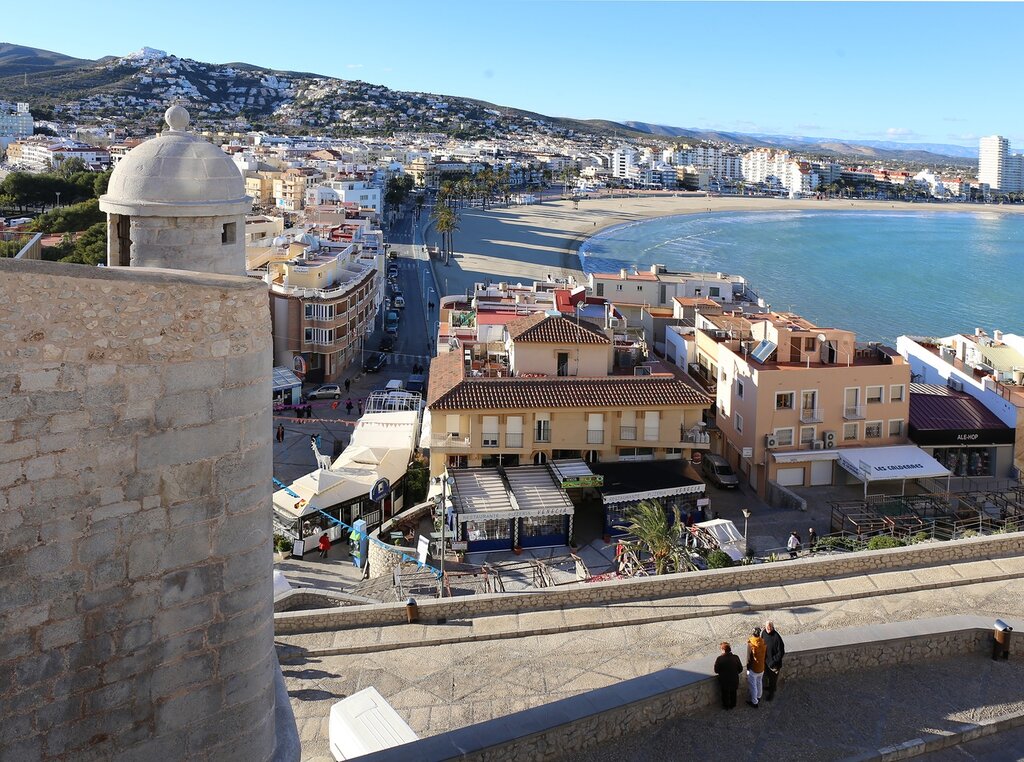 Caudillo square has long served as a market, and now there are many souvenir stalls, and around there are numerous cafes and restaurants where you can taste seafood dishes. I don't know how the prices here are during the holiday season, but before the New year they were very moderate - paella with sea food cost 6-7 euros. 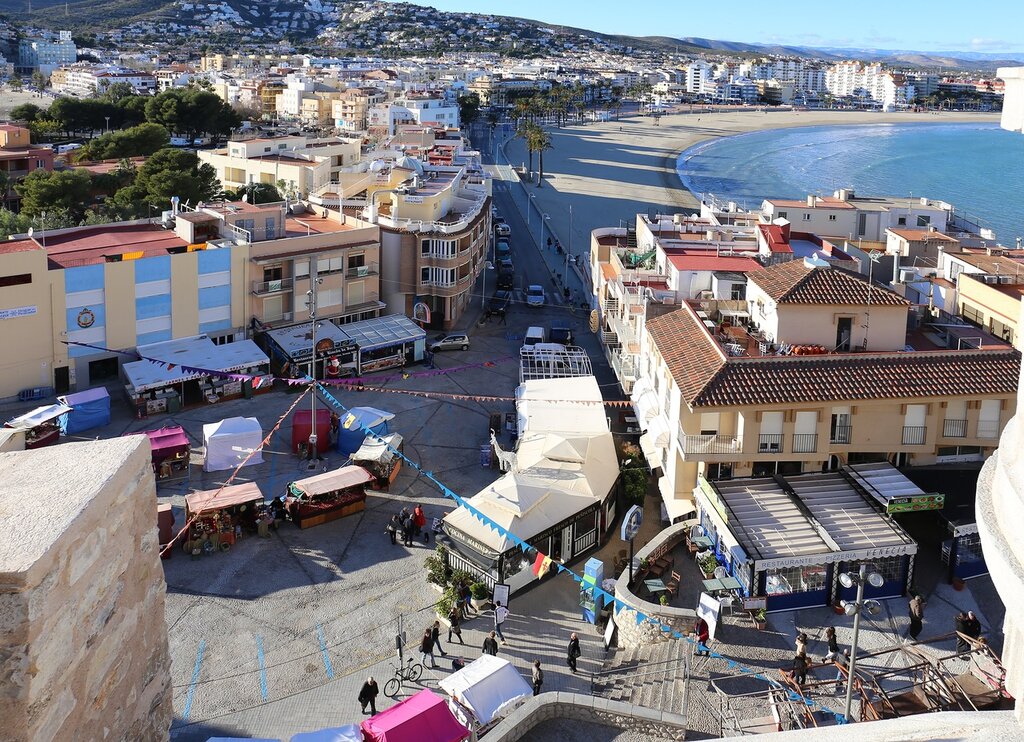 Going further along the wall, we will get to the battery of Santa Maria (Batería del Santa Maria), surrounding areaEscaleras square (Plaza de la Escaseres) with the same name gate (Puerta de Santa María on the map). The gate opens onto The Caudillo square, through which you can enter the fortress from the Northern beaches. 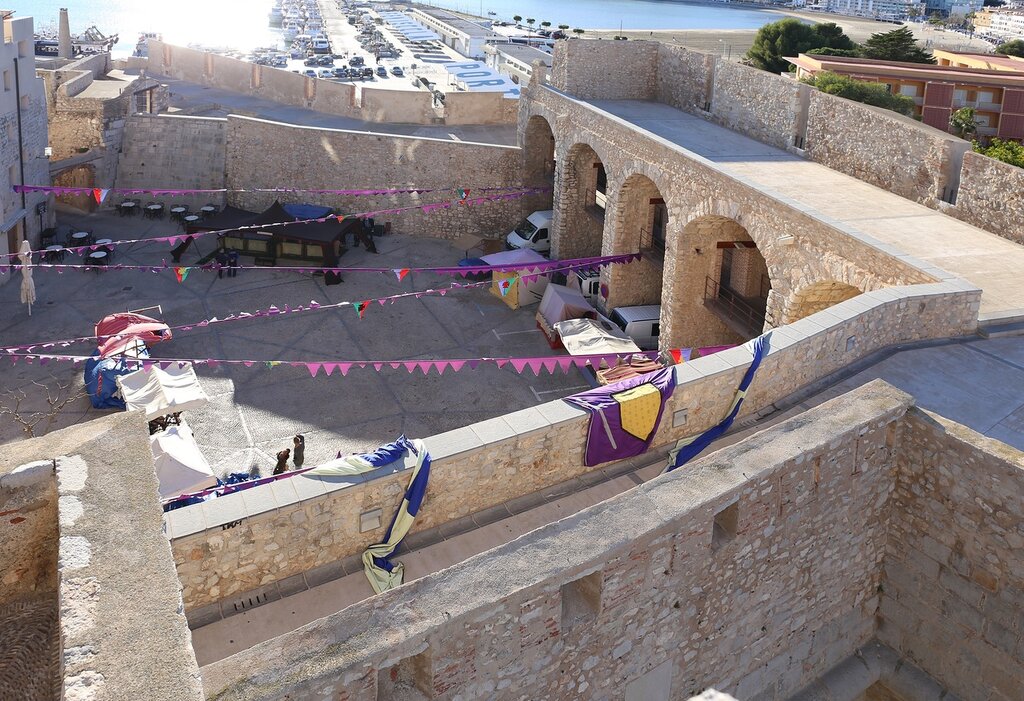 From the height of the Bastion, you can see the entire "new city", with which the fortress is connected by a sandy isthmus. The isthmus was often washed away during storms, as a result of which the fortress became an island and completely inaccessible from the shore. Now the isthmus is built up with residential buildings and hotels, and on its banks begin the famous beaches of Peniscola.

On the Calle Prolongación Atarazanas, which runs along the fortress wall, we descend to the gate of St. Peter. 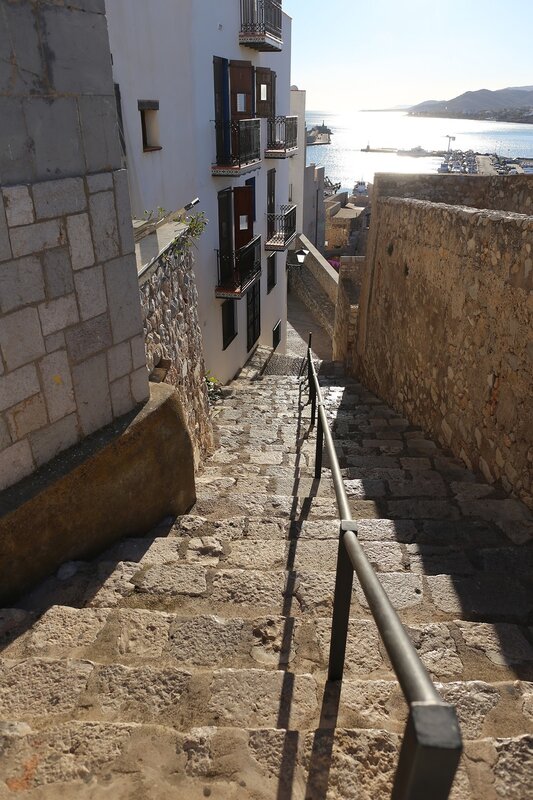 Here we will finish our walk along the walls and bastions of the fortress, skirting its perimeter, and go deeper into the inner quarters of the old city. 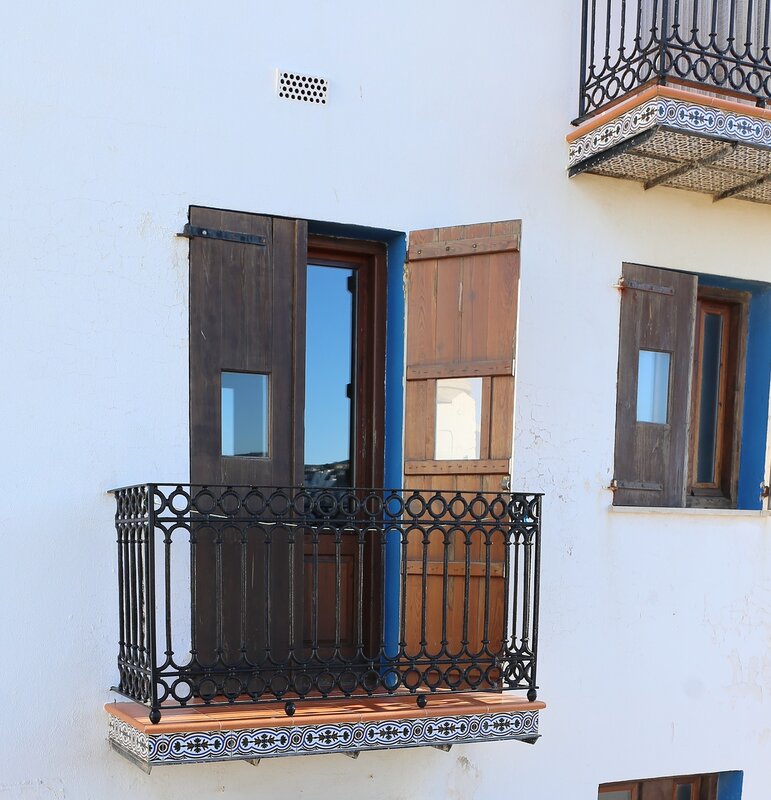