When I saw the sun rise on Severnaya naberzhnaya street, I went to the modern part of the city. In the heart of new Peniscola is lake Ullal (Ullal de l'estany on the map), fed by drainage channels stretching through a huge swamp to the town of Benicarlo. Since ancient times, water from the canals was used for rice plantations, but at the beginning of the 20th century, due to salinization of the soil, most of the sites were abandoned. In 2006, the city authorities launched a project to restore the ecosystem of the swamp, including cleaning out the main channels. In June 2013, kayak rentals were organized on the lake. Tourists can take an ecological water walk through the swamp, where a large number of waterfowl live. 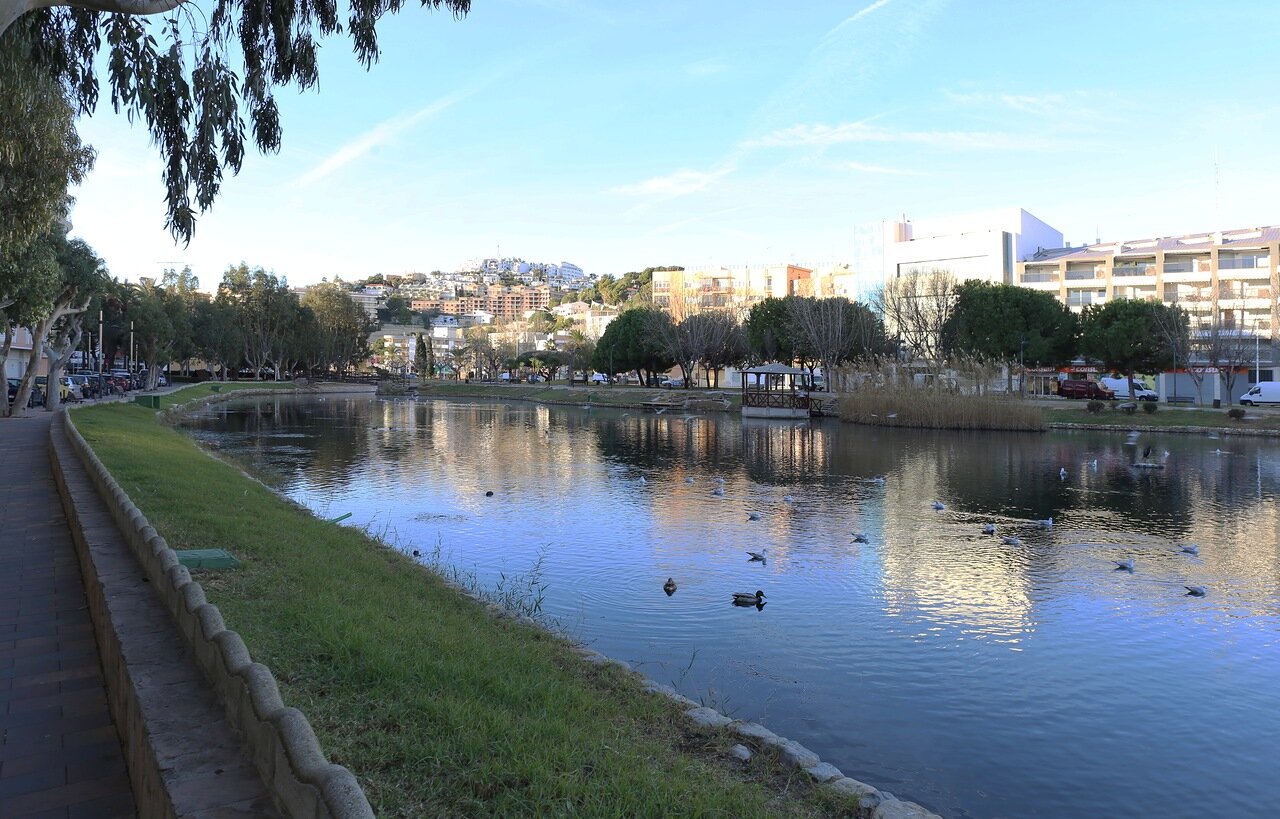 The channel that flows out of the lake and flows into the sea on the South beach passes through the roundConstitution square (Plaza de la Constitución), 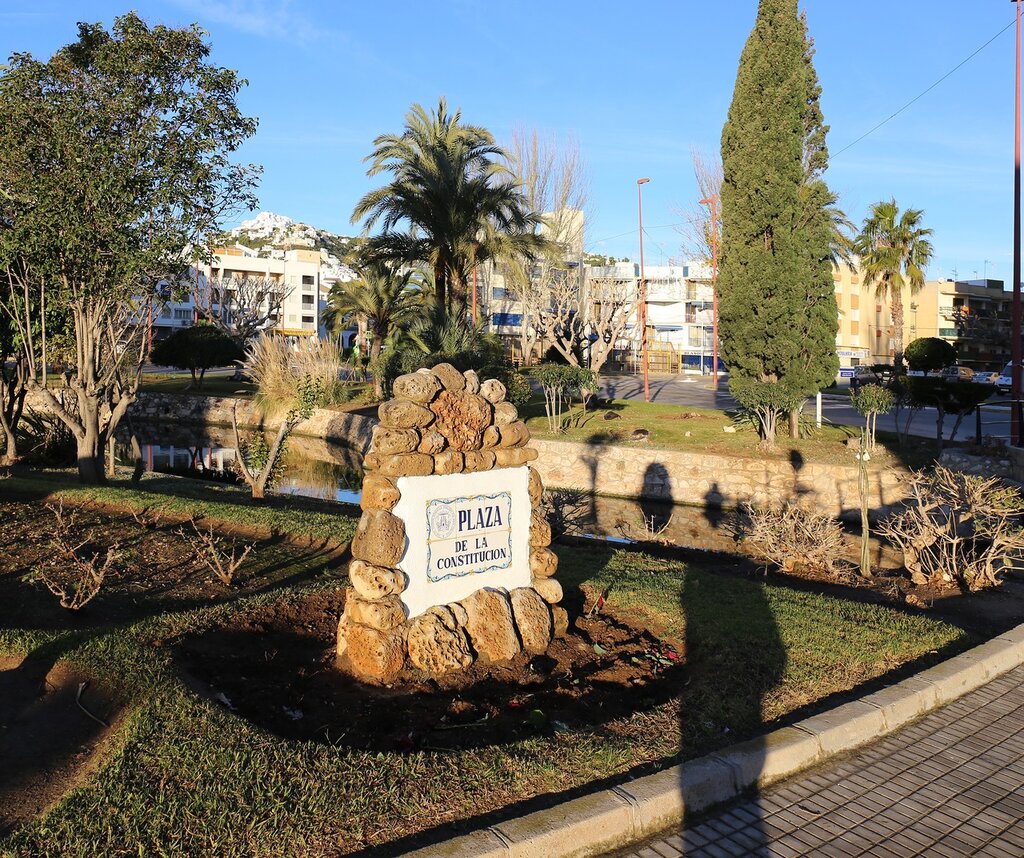 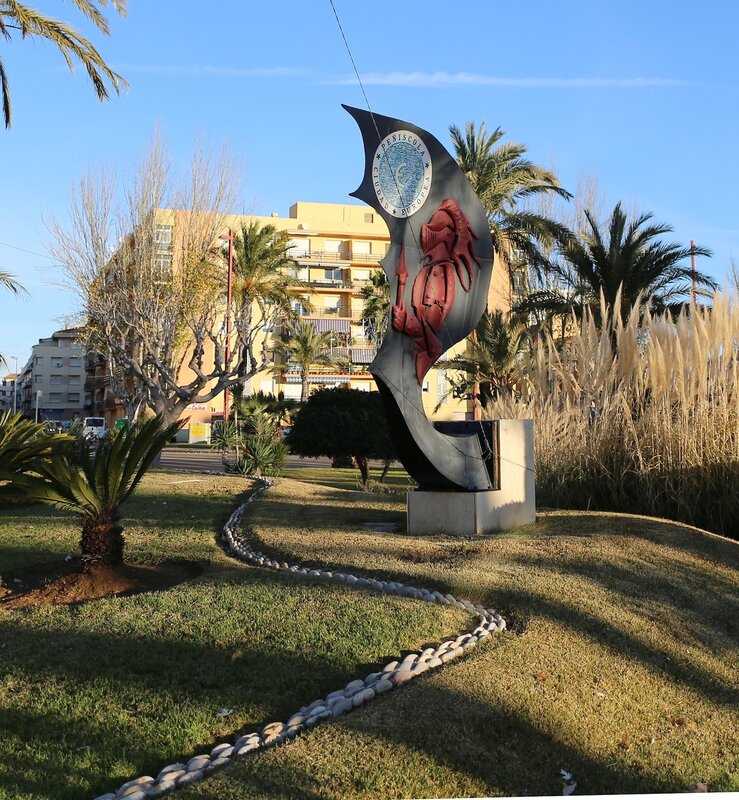 Wide arc of the southern beach of peñíscola (Playa Sur de Peñíscola) it is protected from the wind by mountains to the West and a bridge leading to the fortress to the East. From the South, the Bay is fenced off from the sea by a high pier of the fishing port, So there are never big waves here. The shallow bottom and very well-warmed and calm waters are an ideal place to relax with children. The coastal mountains have been intensively built up in recent years under the state program in order to attract buyers from Northern Europe, but the crisis has broken out, and most of the beautiful townhouses ("urbanizations" in local terminology) and high-rise residential complexes have remained uninhabited to this day.

Heading towards the port, we will look at the square of Felipe V, where the only structure of the outer line of fortifications remains. A watchtower (on the map) guarded the entrance to the sandbar connecting the fortress with the shore. 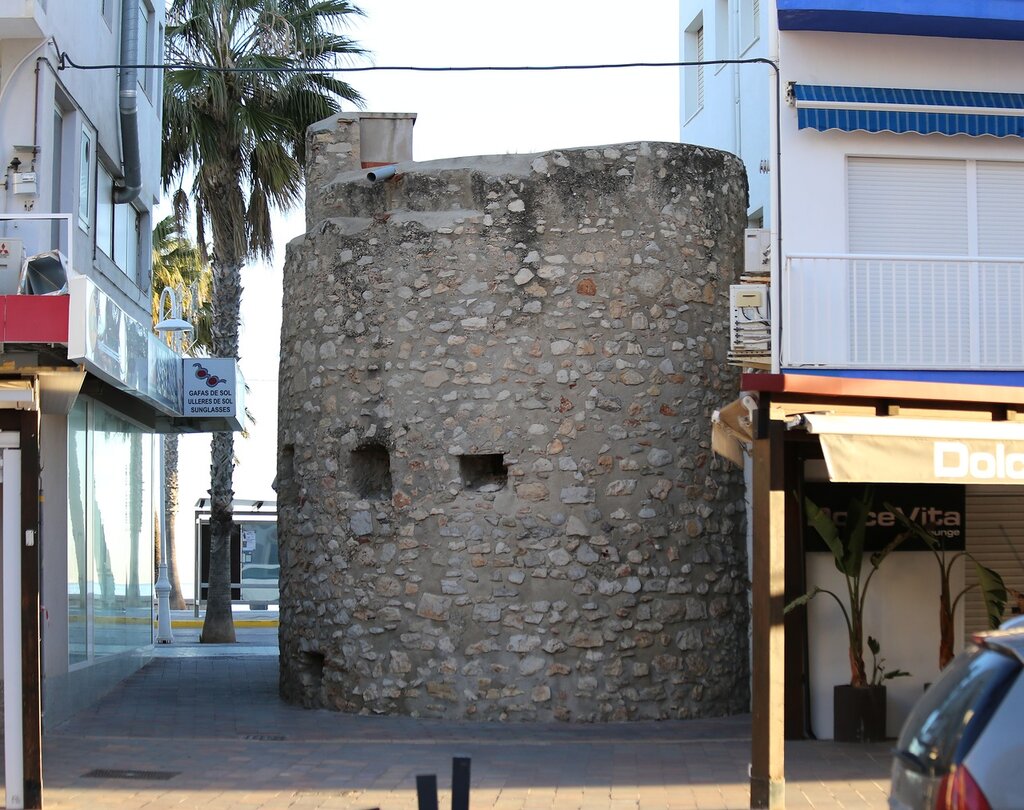 The docks of the fishing Harbor were completely empty at this hour, except for a single pleasure boat, and all the other vessels had gone out to sea for their morning fishing. 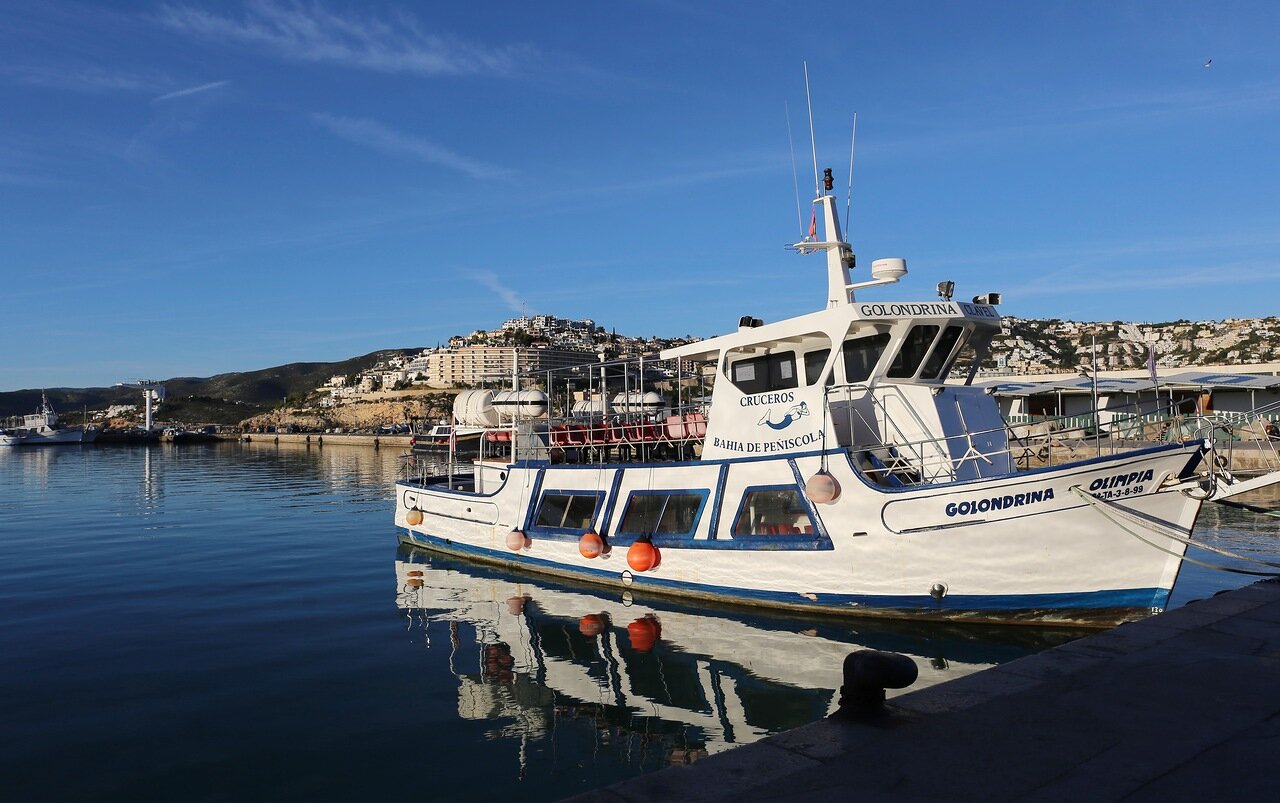