After walking from aules square to the West along the street of Saint Louis ( Carrer de Sant Lluís) for one block, you will come to the Plaza De Clavé (Plaza de Clavé on the map). The square is surrounded by buildings from the 30s, where you can find elements of constructivism and rationalism.

Nearby, on the Rue Saint-félix (Carrer de Sant Fèlix), you can see several narrow eclectic houses from the period of the late 19th - early 20th century. 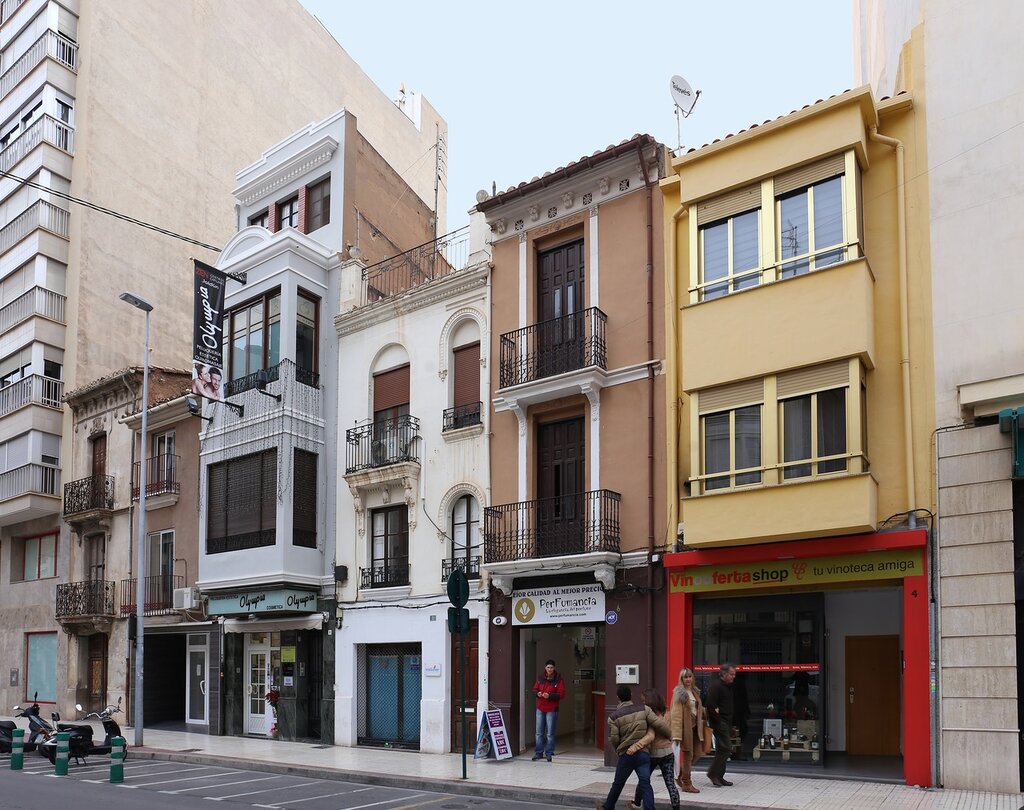 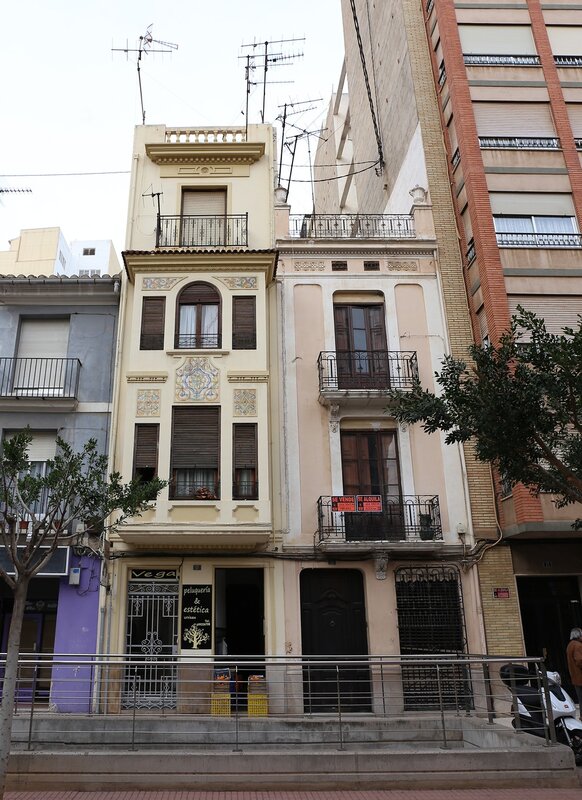 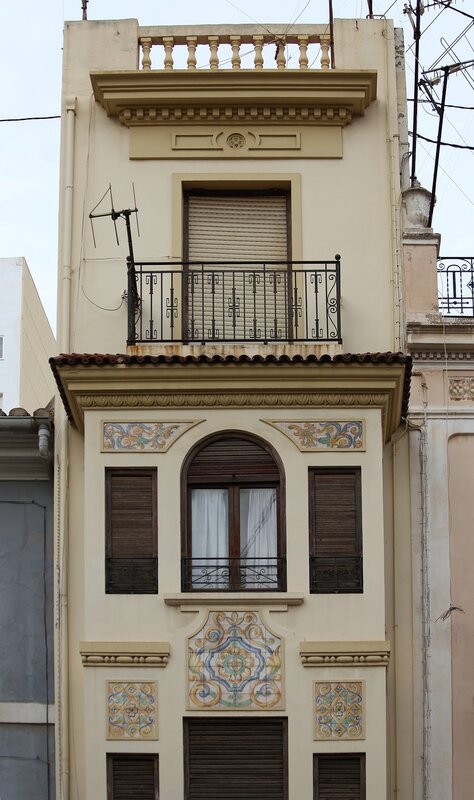 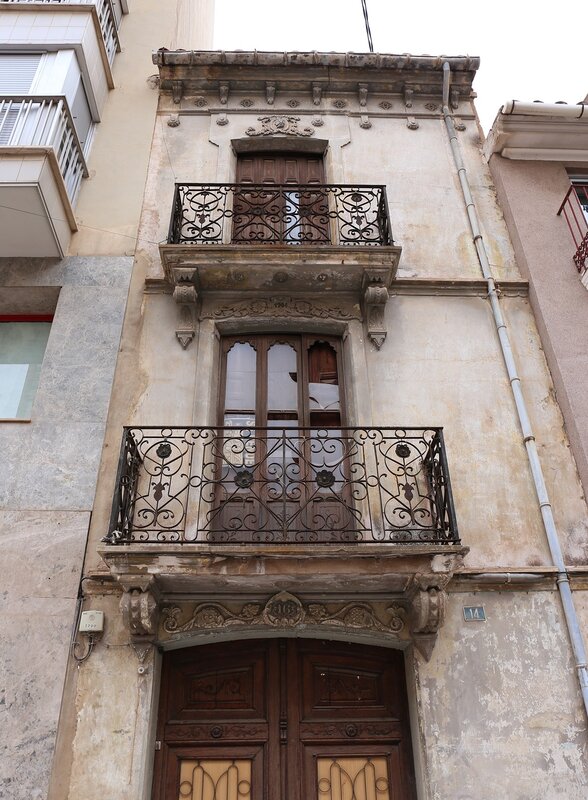 Then I looked into the medieval quarter, or what was left of it. But only the layout remains - narrow crooked streets, in which several ancient houses have been preserved, standing wall to wall with a new building. I must say that such a neighborhood does not hurt the eye, somehow in Castellon they managed to neatly fit new buildings into the historical development. I quickly ran down the street of Cervantes (Carrer Cervantes) 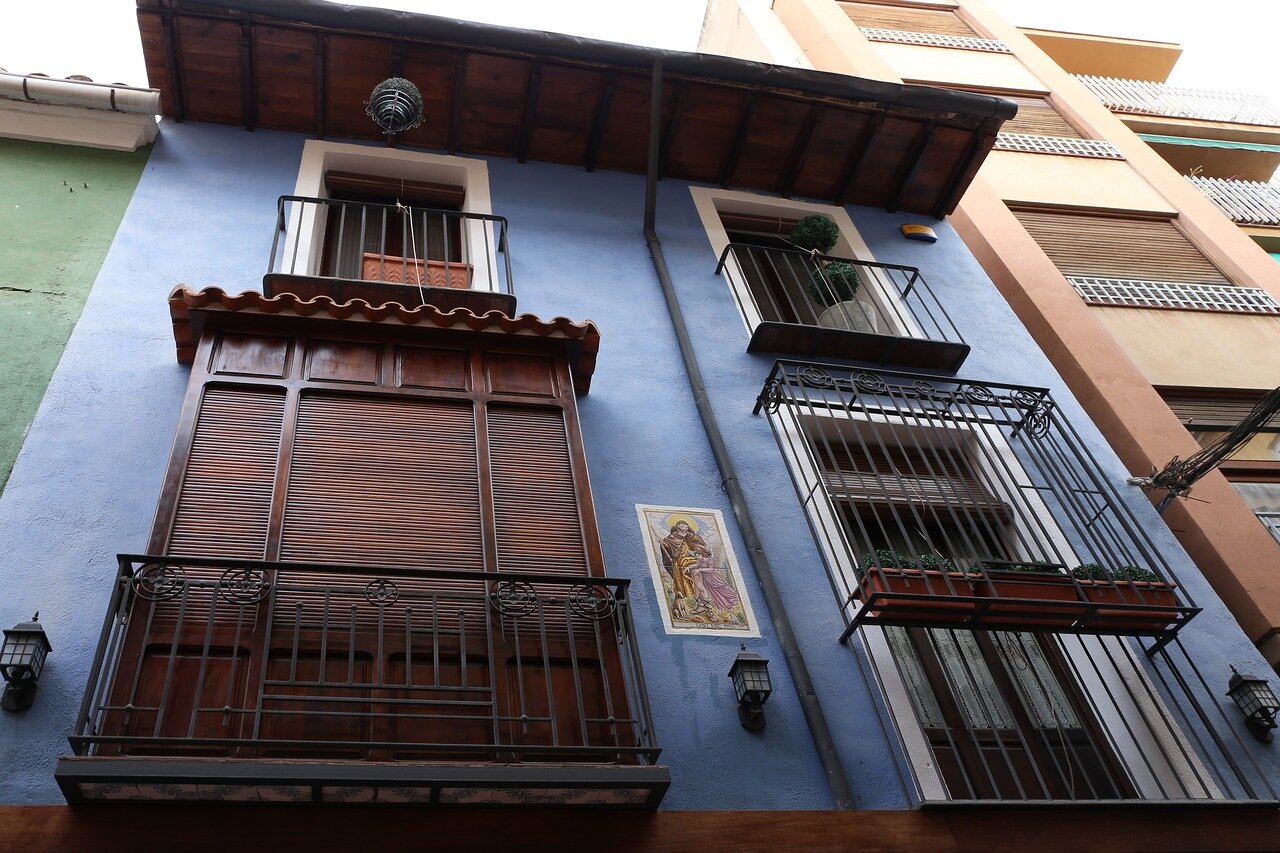 and the street of Isabel Ferrer (Carrer Isabel Ferrer). Of course, there are not two empty houses, as in my photos, but many more, but I just didn't have time to pay attention to them. 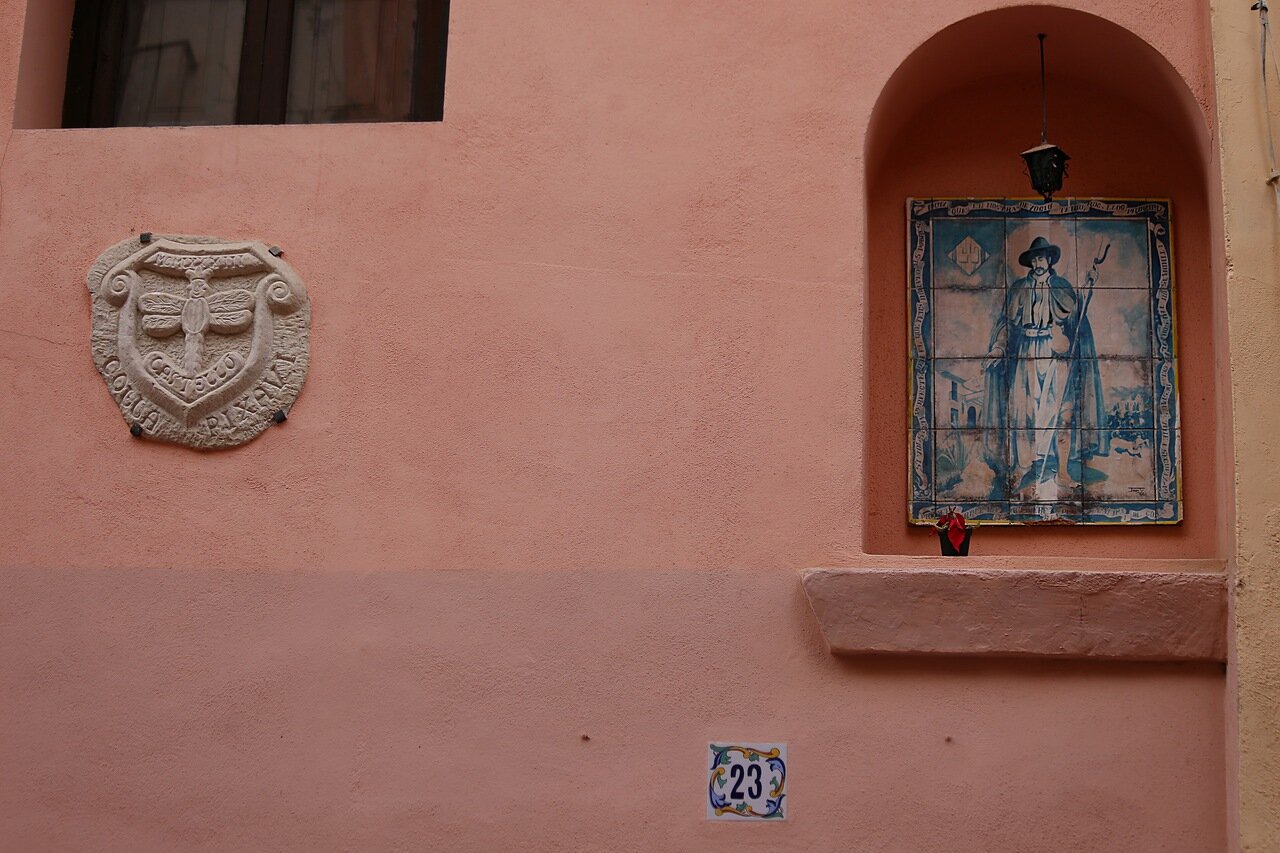 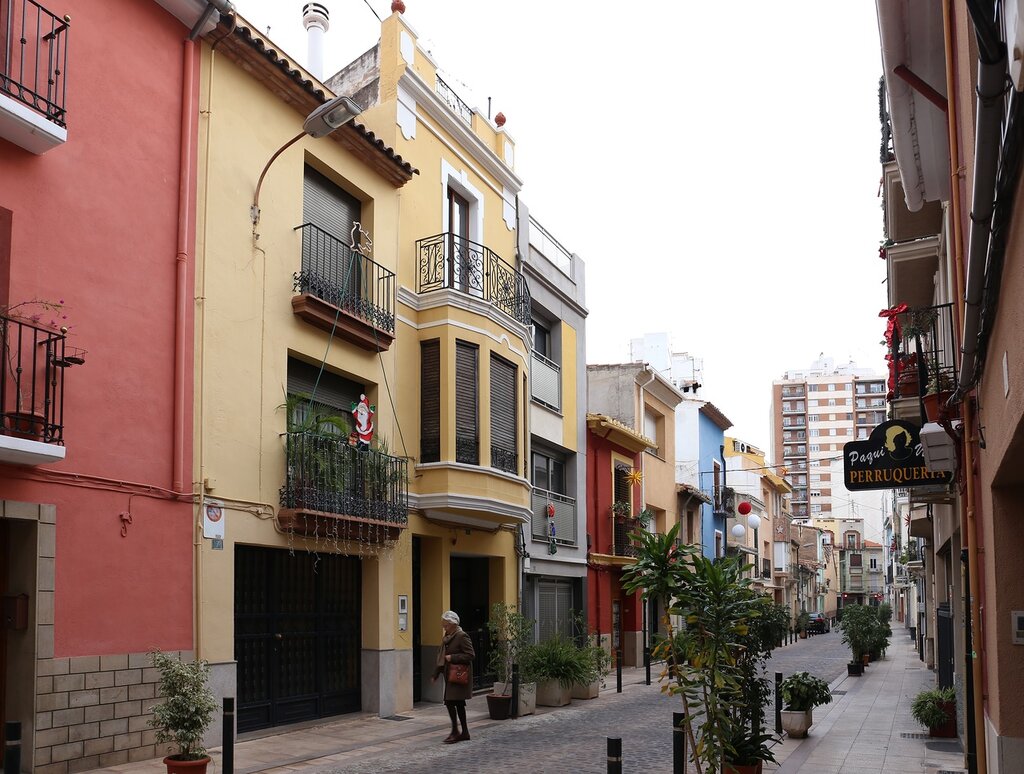 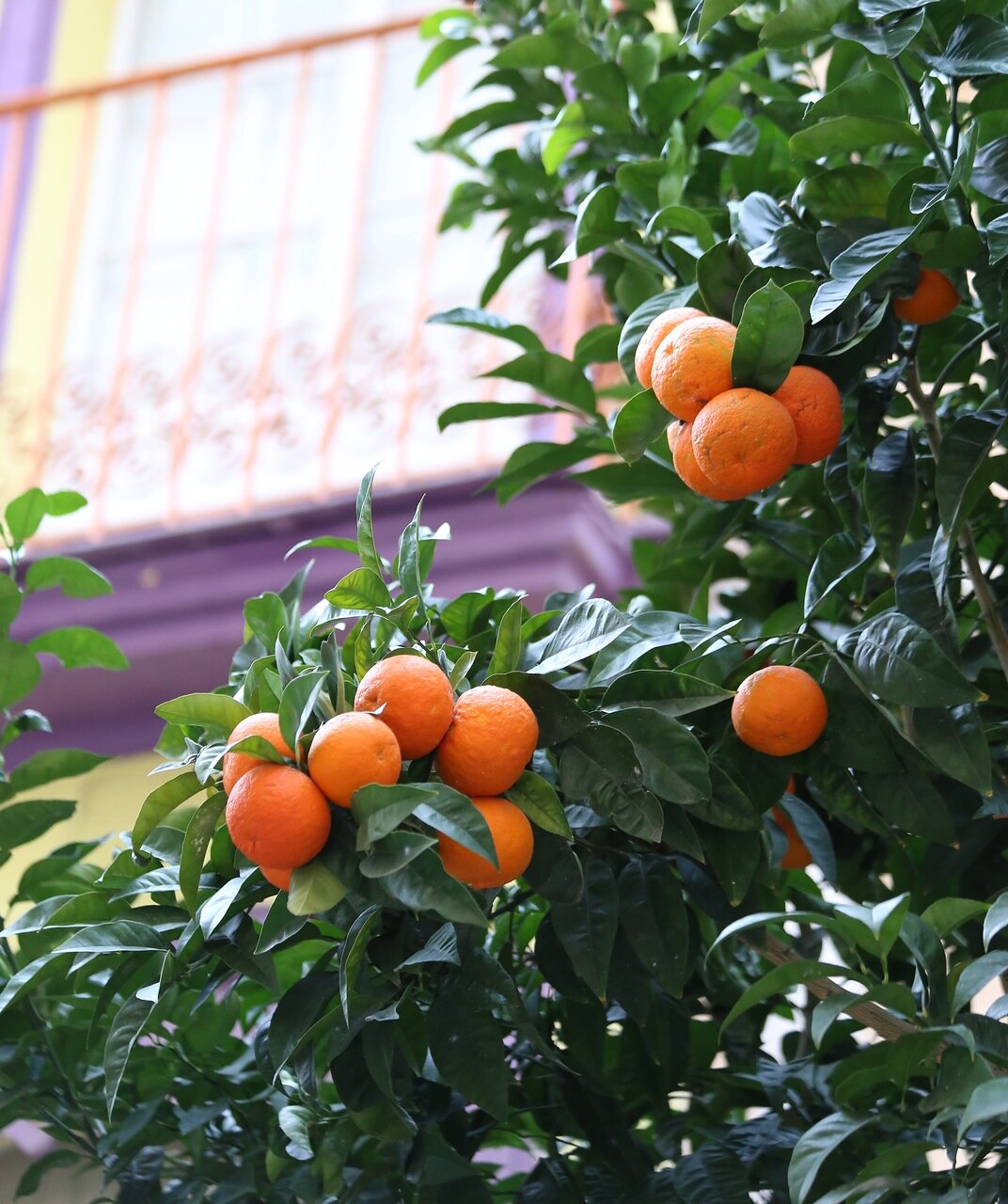