In front of the Basilica of our lady of Lledo, at the end of the Avenue of The same name, there is a column called "Piero" or "Cross of Termino" (El Peiró o Cruz de Término on the map) Initially, such stelae served as road signs on pilgrimage routes and were installed near shrines, so that they could be seen from afar. Documents show that the first cross in front of the Basilica was installed in 1619 by the efforts of Angela Bono (Angela Bono), the wife of one of the local nobles. This cross was destroyed during the Civil war. In 1957, the city Council commissioned a new cross of The famous cabedo dynasty of sculptors in the city, which was originally installed in the middle of the alley, but two years later was moved to the Basilica. 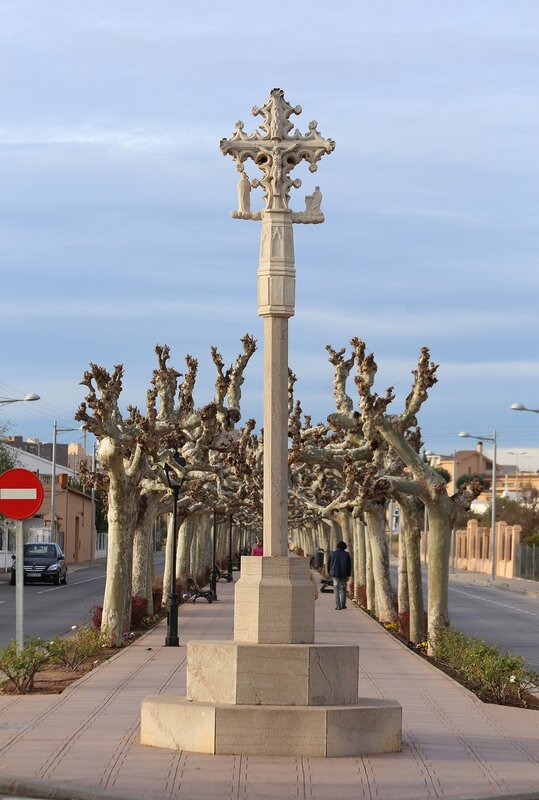 The cross, of course, is dedicated to the city relic - the virgin of Ledo, whose figure is depicted at the top of the cross. 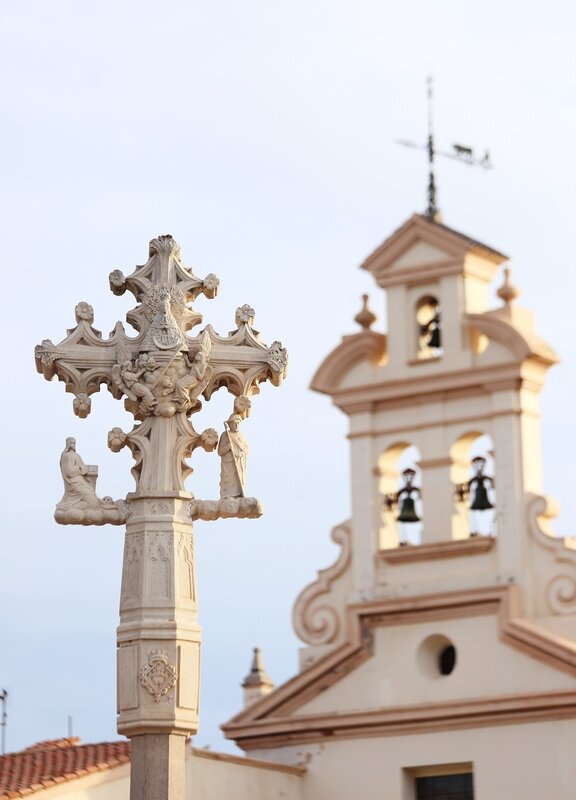 Opposite the Basilica, in the middle of a huge neglected garden, you can see a small beautiful gazebo-house, made in the Moorish spirit. 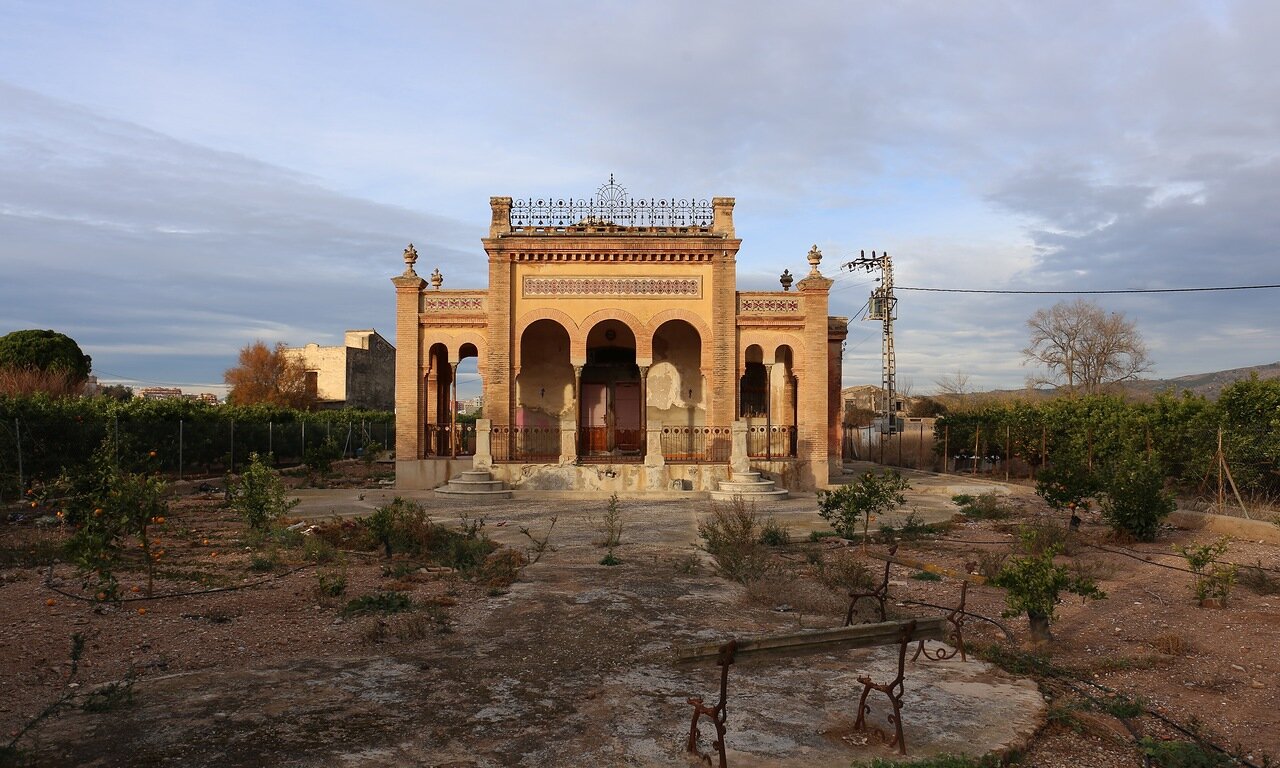 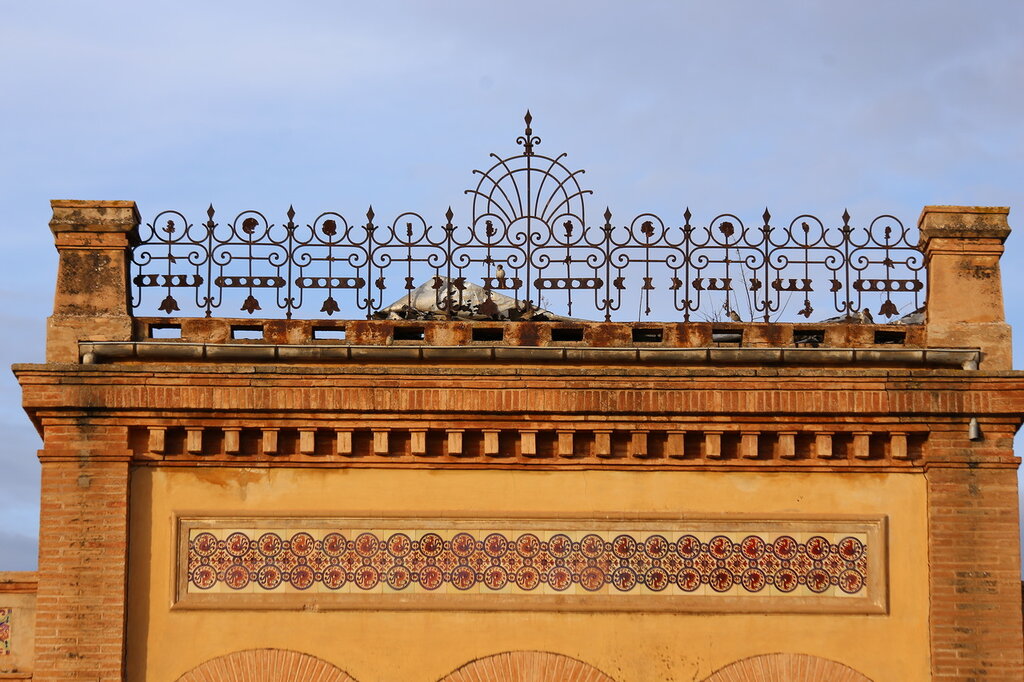 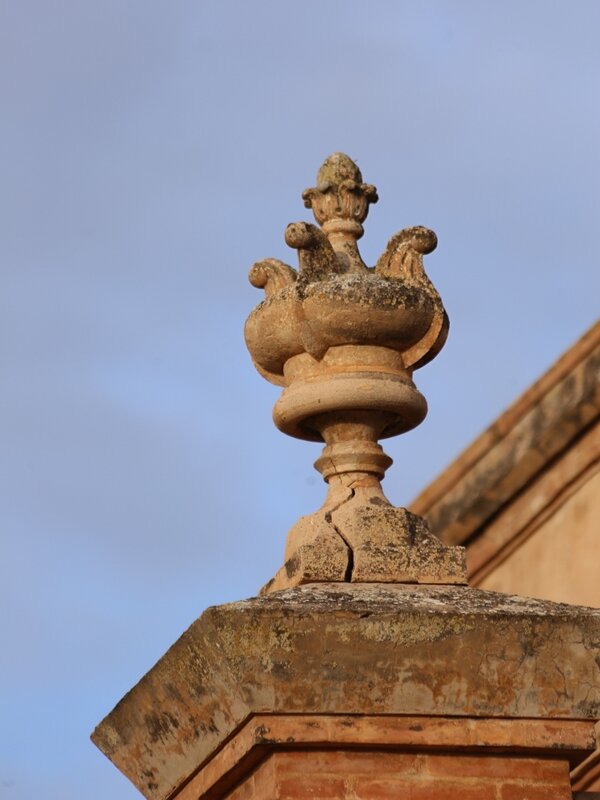 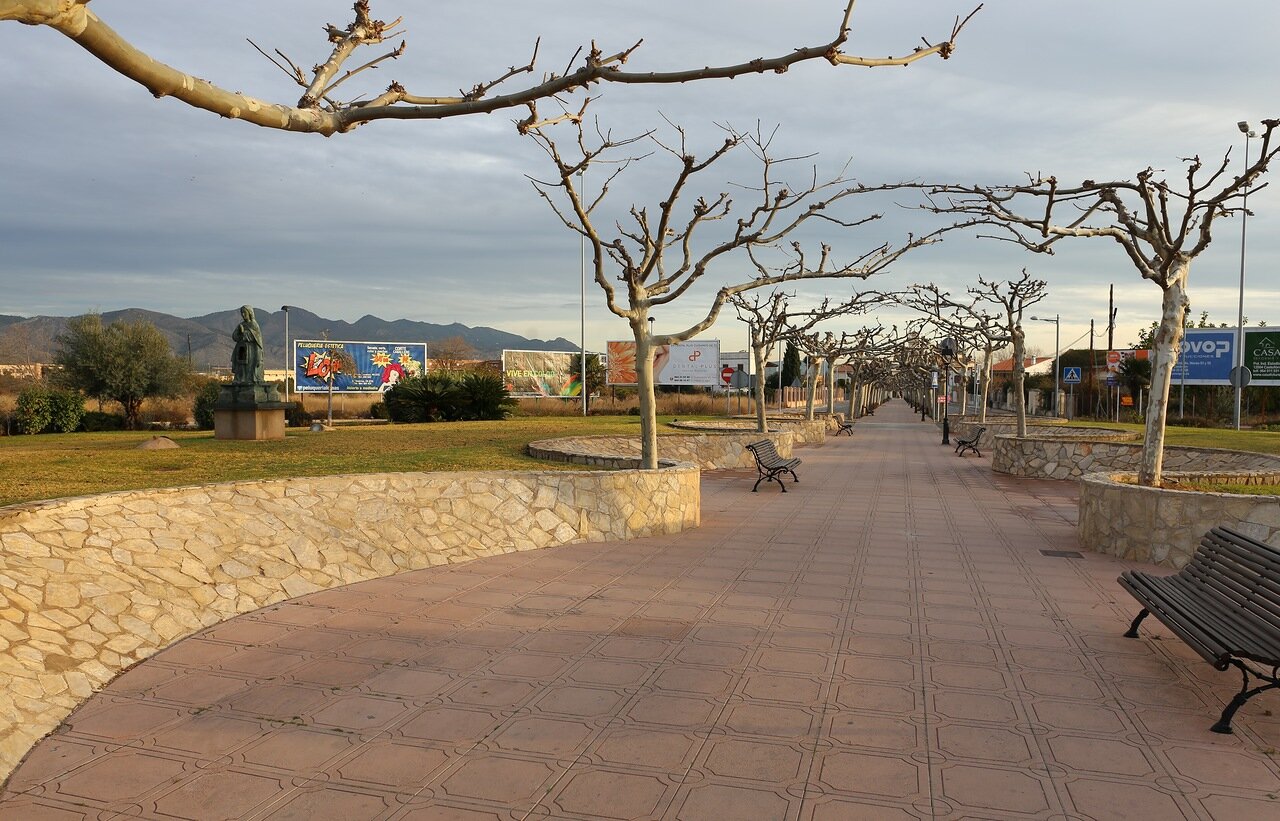 At the intersection of the alley with the ring road (Circunvalación), there is a circular square with several sculptures. One of them, the work of Agustina Ortega (2009), depicts the virgin Mary of Ledo without a robe during prayer. 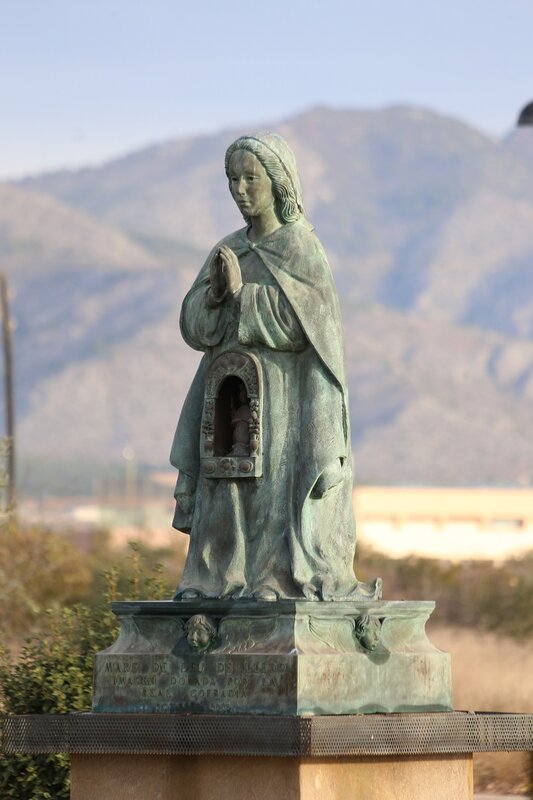 The second sculpture is of a woman and her daughter carrying bouquets to the virgin of Ledo. During the festival dedicated to the city relic, hundreds of women and girls carry flowers to the patroness of the city. The work of the sculptor Enrique Gimeno (Enrique Gimeno), made in 2005. 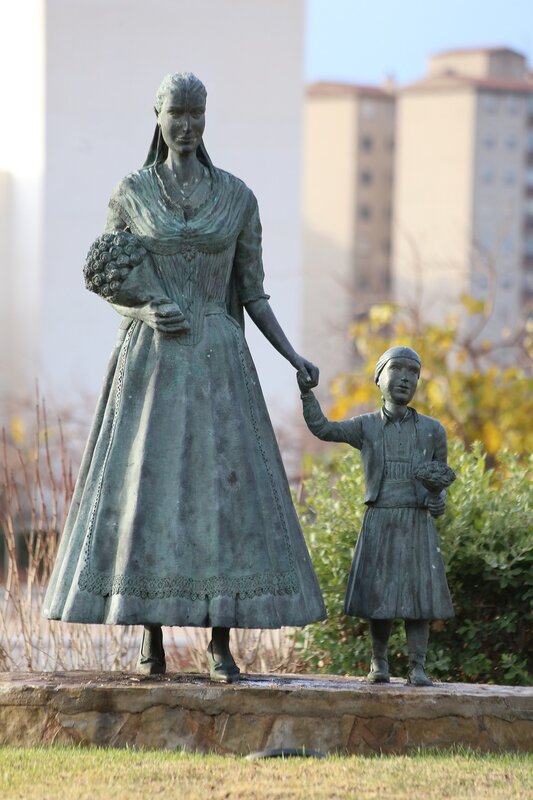