Evening Peniscola. Monument to the lost fishermen, Bridge of love and fountains

The southern beach starts from the piers of the fish port. At the main gate of the port there is a monument to fishermen who did not return home after a severe storm that occurred on February 2, 1911. The storm swept the coast from Alicante to Salou and caused the wreck of hundreds of fishing boats. The port of Peniscola then missed 8 vessels, 27 fishermen were lost in the deep. On this tragic day, residents of the city traditionally pay tribute to the dead, and a monument was opened for the centenary of the tragedy. 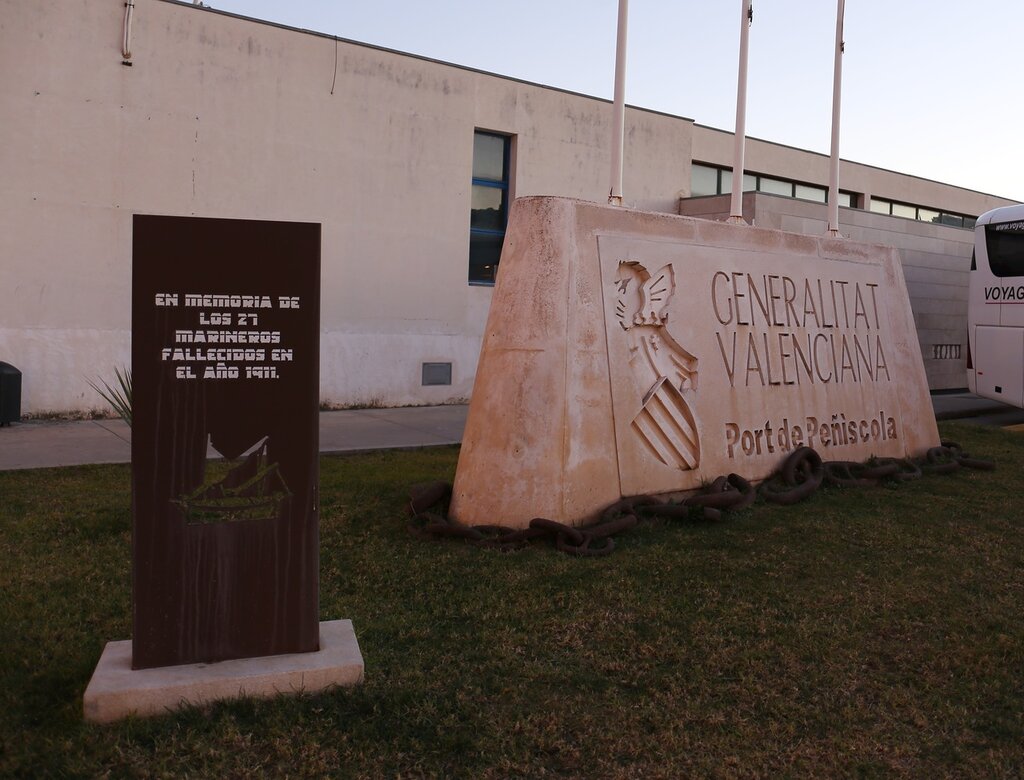 On the contrary, near the beach itself, you can see another not quite clear monument, very similar to the gimbal of a gyroscope or compass. 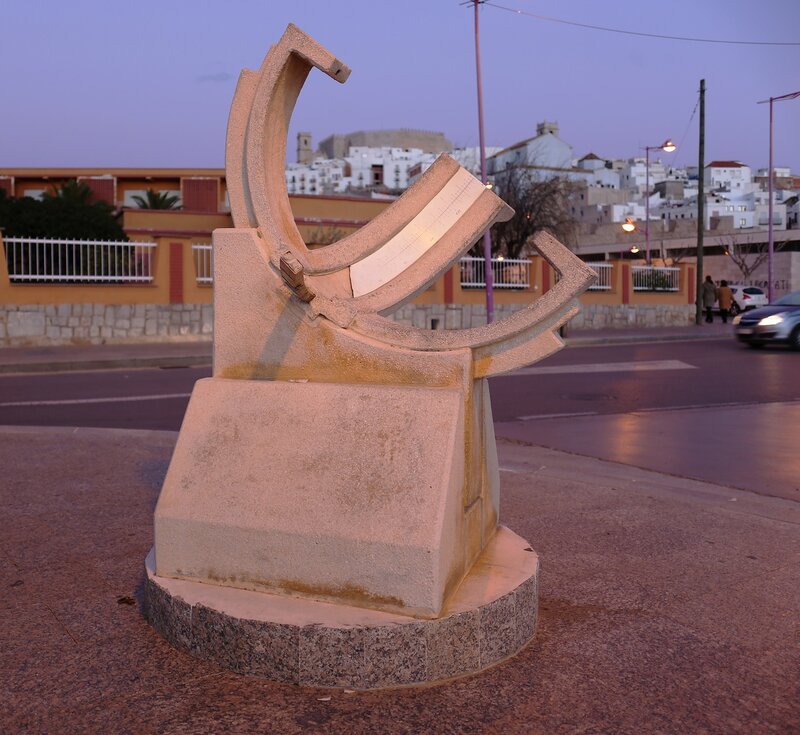 After walking along the pier, we will cross the canal on the local "Bridge of love", leading to the gate of St. Peter. 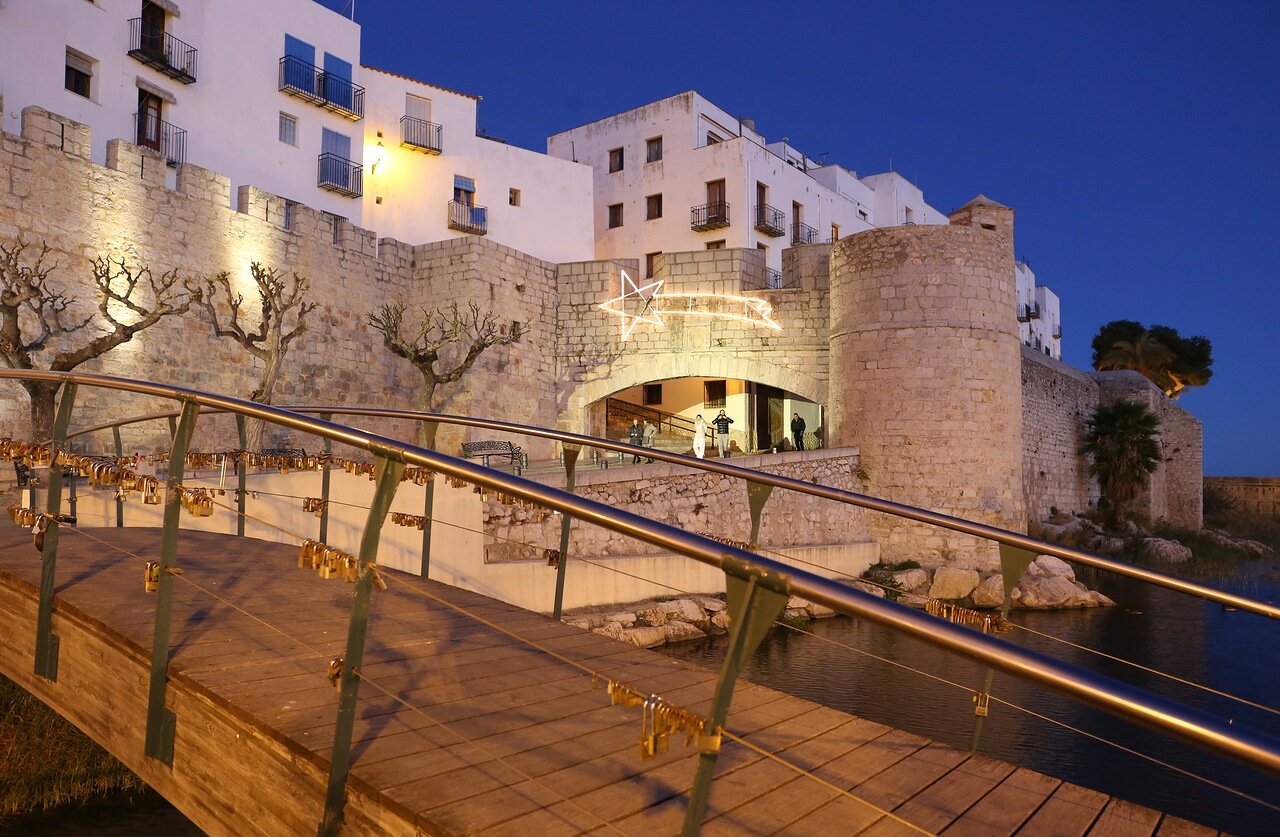 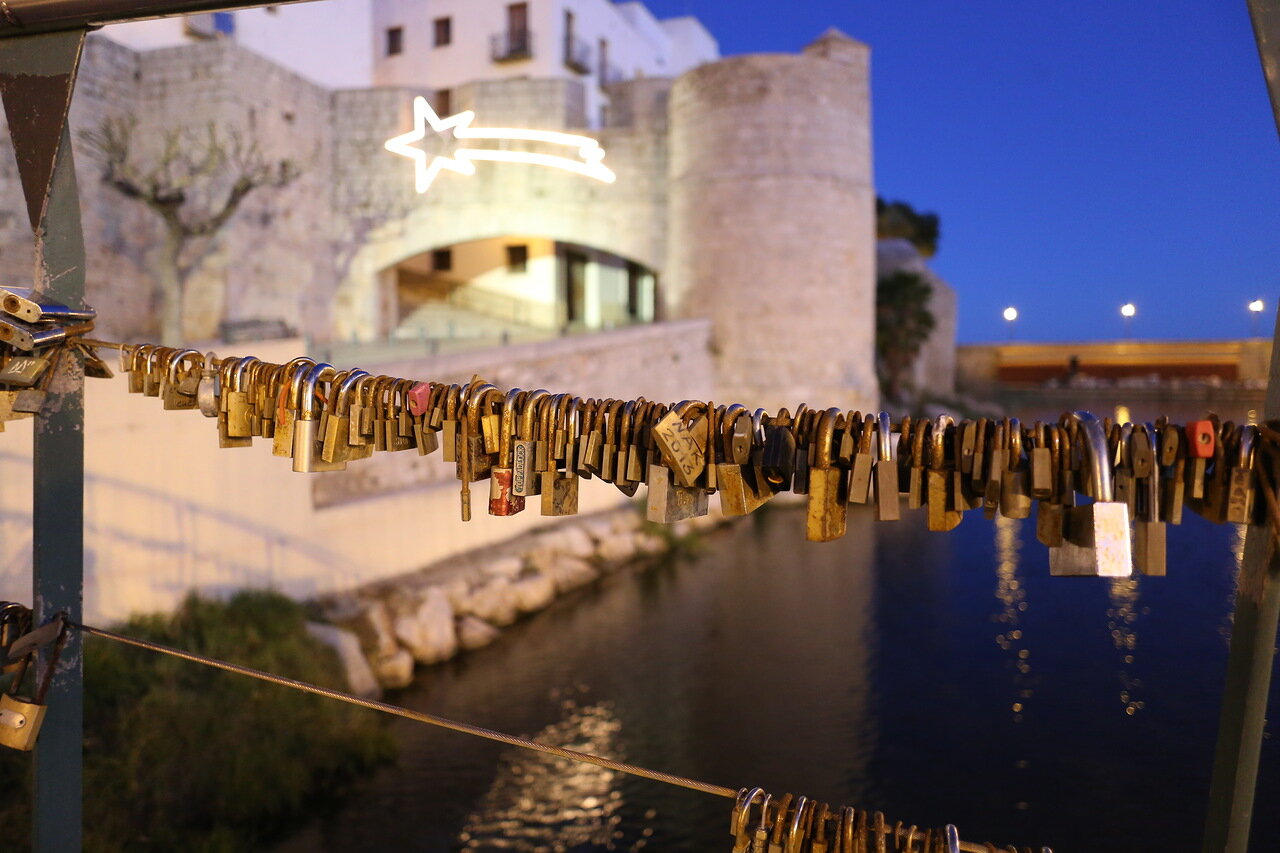 A wooden sidewalk separates from the walls of the fortress a small pool with a fountain built in 1578, which bears the name of Source of dins (Font de Dins). This part of the wall, which was badly destroyed during the war with Napoleon, was rebuilt only recently. 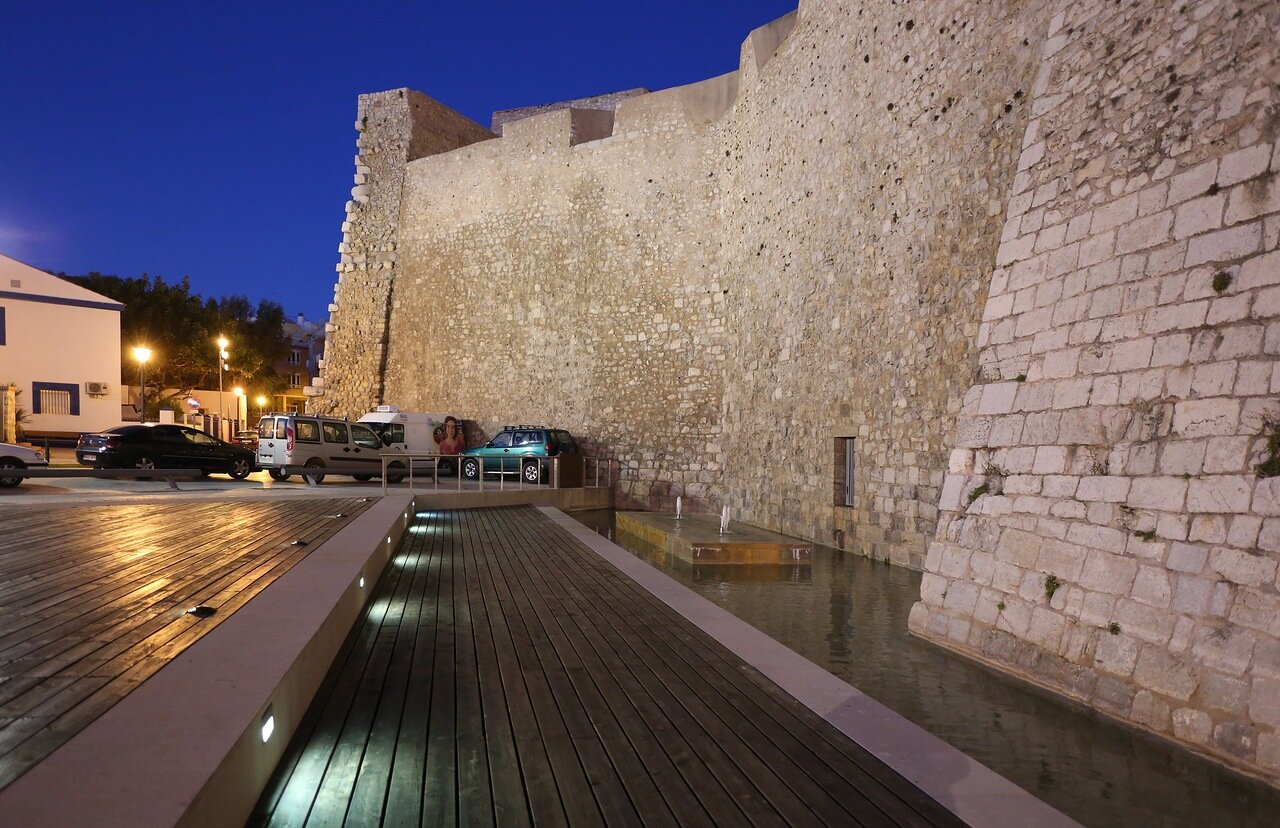 Heading towards the Caudillo square, opposite the Bastion of Santa Maria, we will see another fountain decorated with the anchor and coat of arms of Peniscola (on the map). 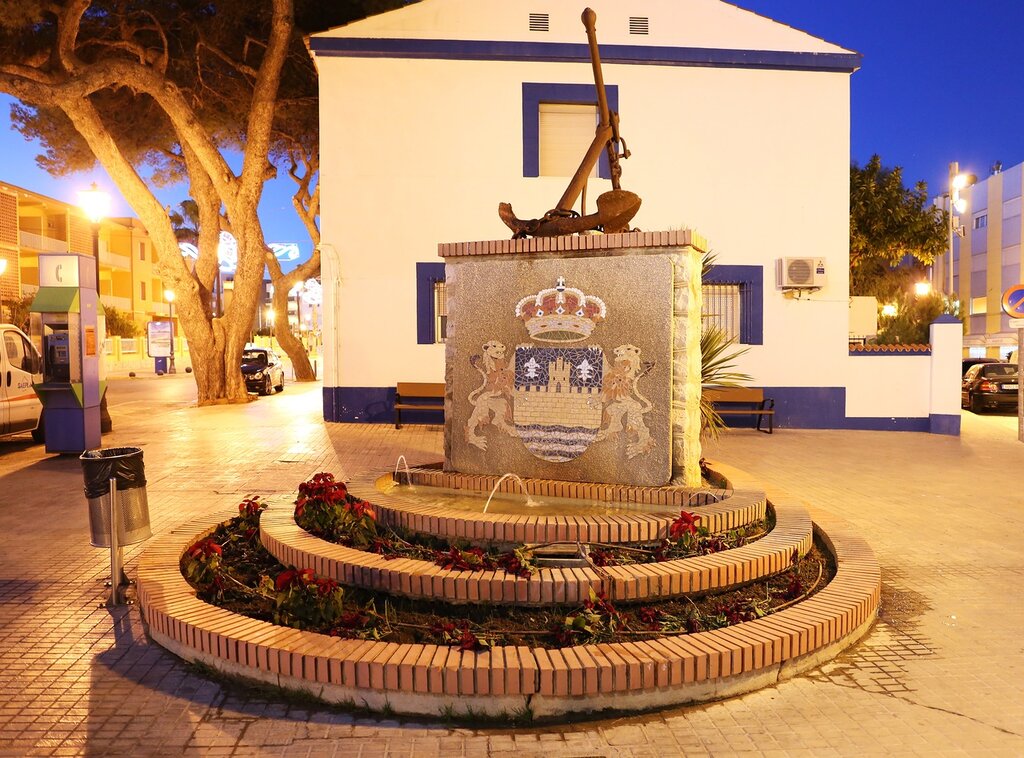 Street Entidad Puerto, which can be translated as "the face of the port" in the Christmas illumination. 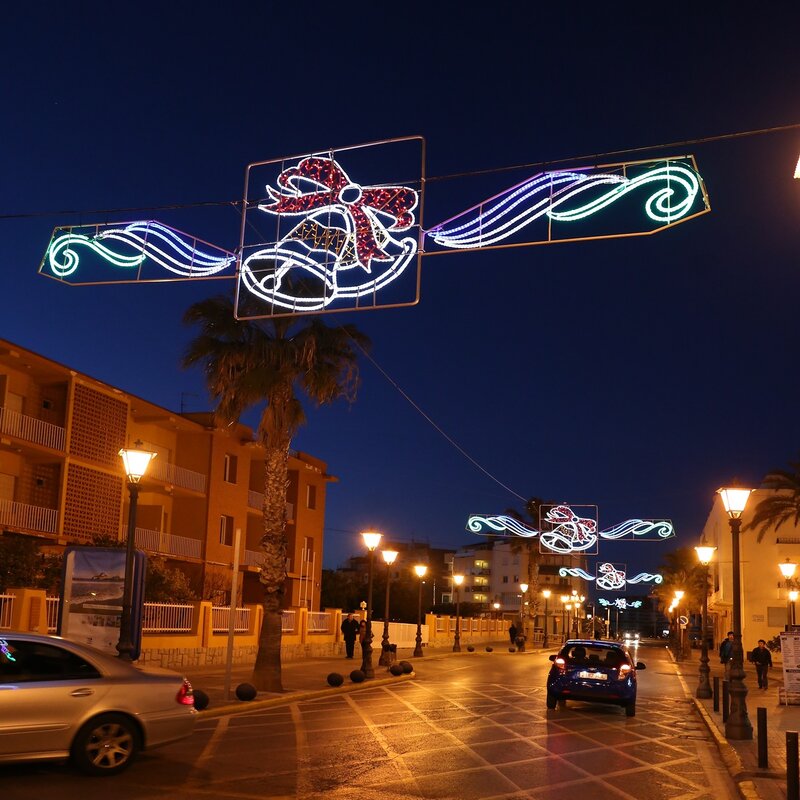