Left for Papa Luna castle is adjacent to the Church of the Virgen de la Ermitana (Iglesia de Nuestra Señora de la Ermitana, valence. the Mare de Déu de l Ermitana map), built in 1708-17014 years. The temple was built on a cemetery, on the site of a small chapel in the name of the virgin. According to legend, the chapel was built in the 6th century, for the image of the virgin, brought to Peñíscola Saint James (Sant Jaume). During the invasion of the Moors, the statue was hidden in a mountain cave, for which he received the name of "Armitana" - "recluse". Now the statue of the virgin decorates the Church altar. 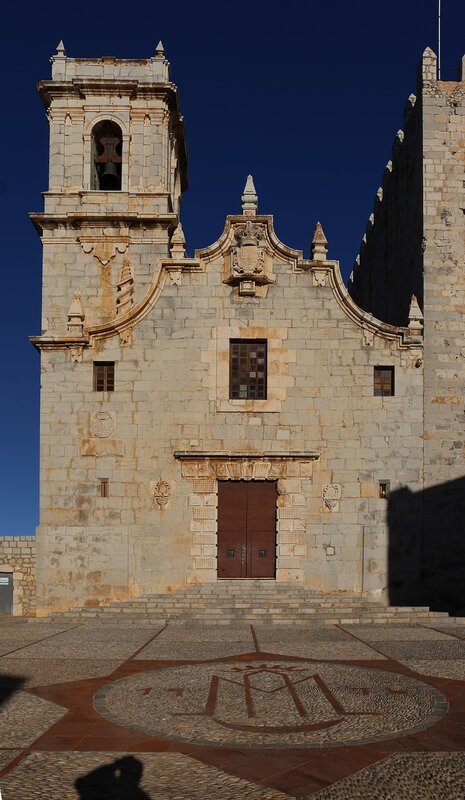 Facade of the temple is crowned with the coat of arms of Felipe V, in the reign of which the Church was built. 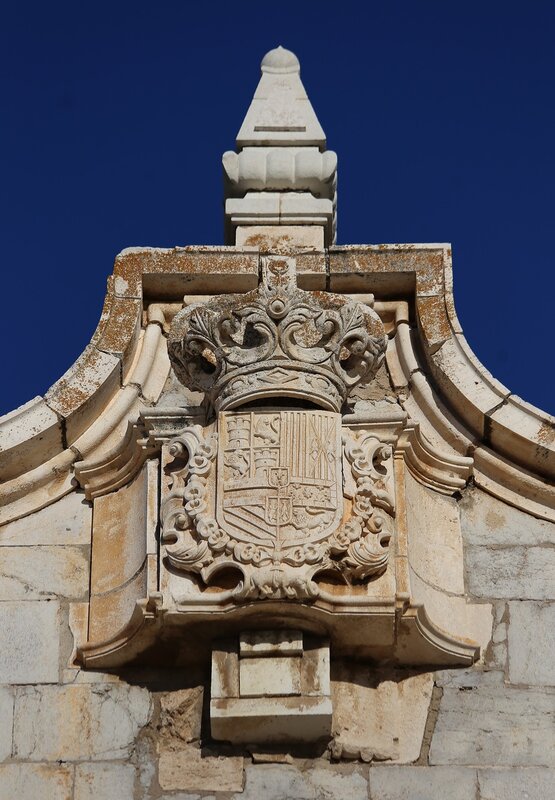 on the right side of the facade you can see the coat of arms of the military Governor of Peniscola Sancho de Echeverria (Sancho de Echevarría) and a commemorative plaque, stating that the temple was built by his efforts, as well as the date - 1712 year. 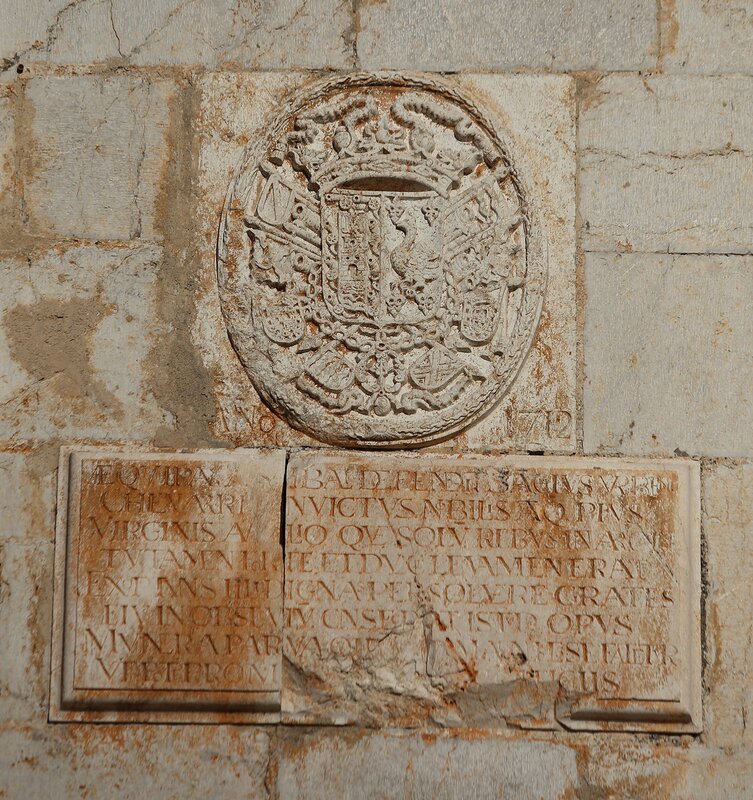 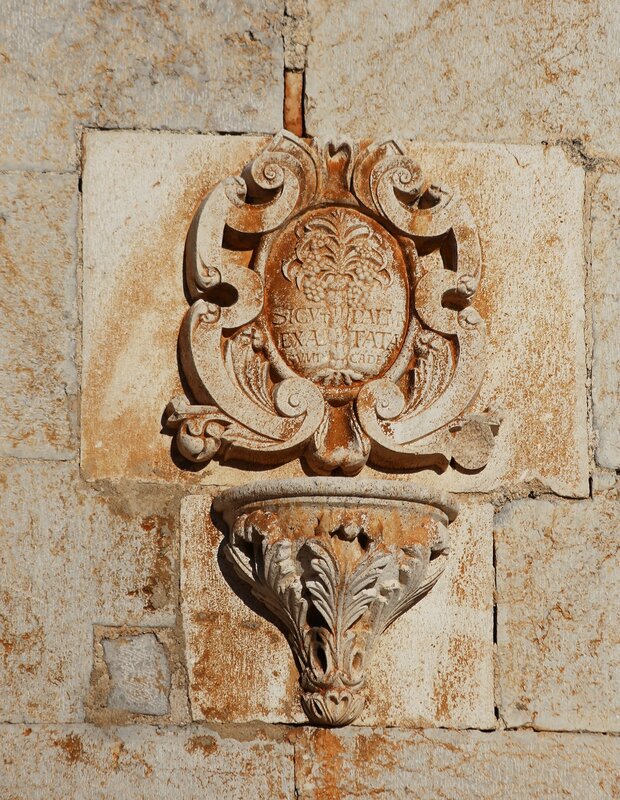 Every year, on September 9, the square before the temple becomes the center of celebration of the virgin of Ermitana, including a procession of historical characters and dances, the highlight of the event is the construction of the tower alive. This event was first mentioned in historical documents in 1677. 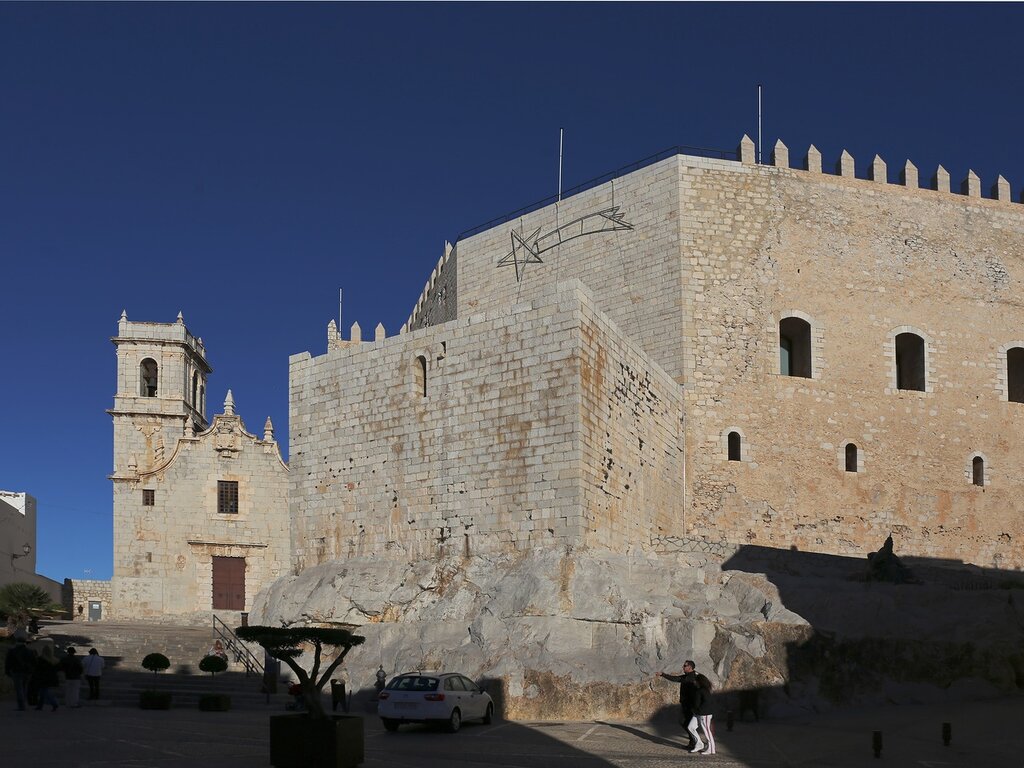 On the square you can sit on ancient stone benches, decorated with the coat of arms of Peniscola. 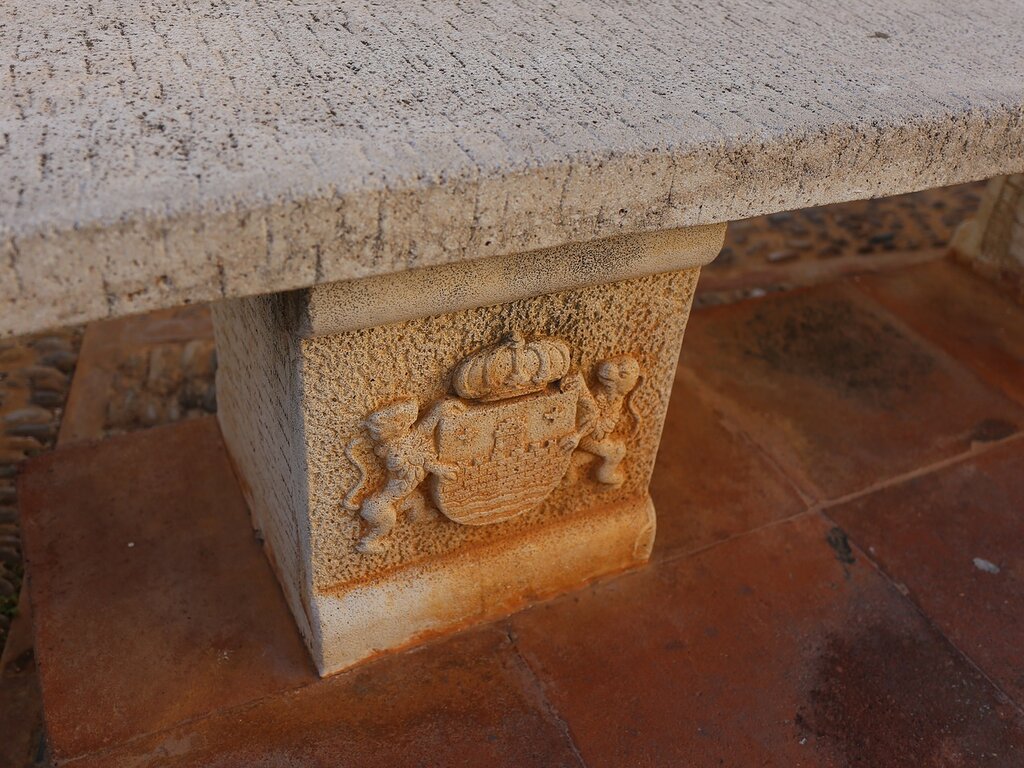 View of the bell tower with the roof of the Pope Luna castle. 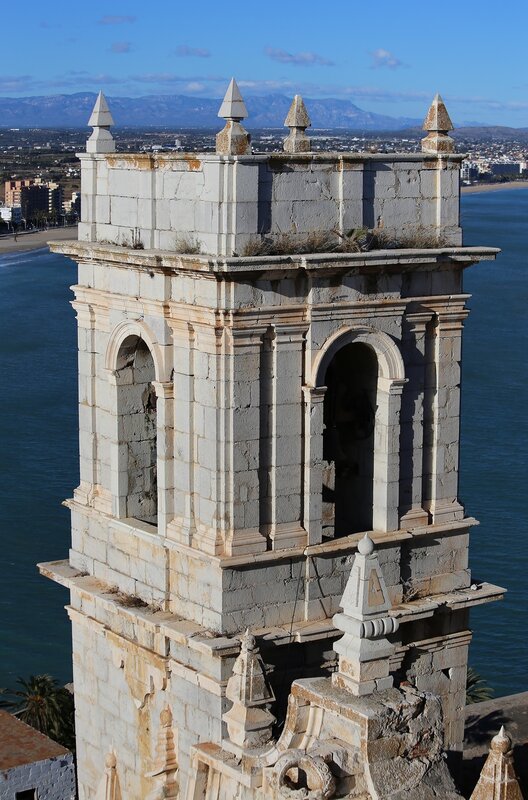 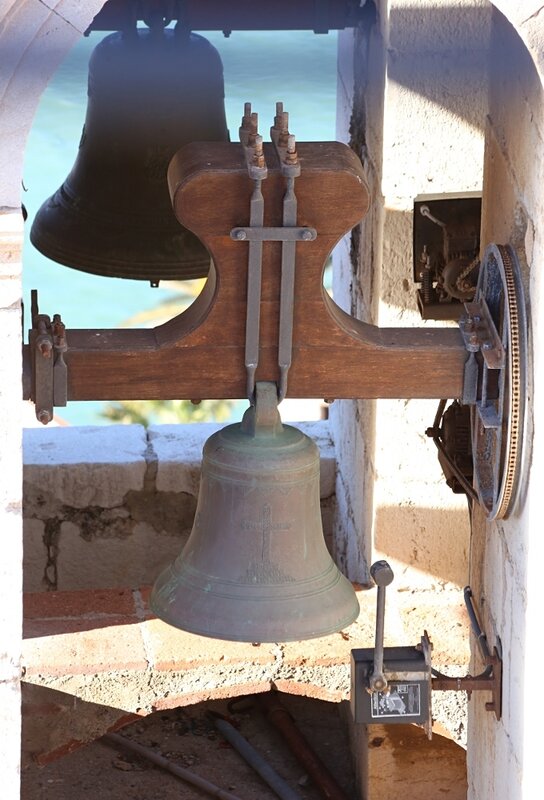 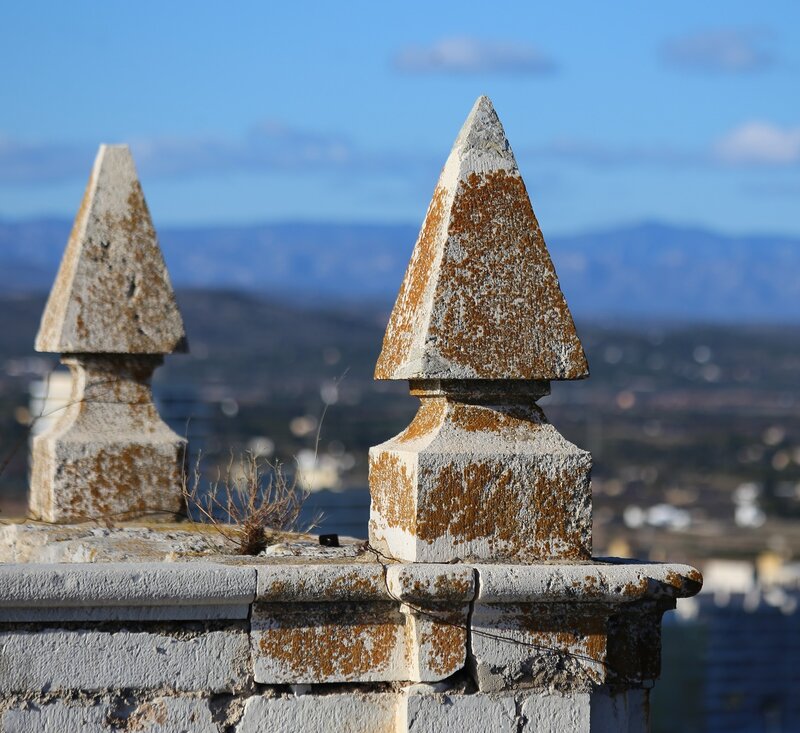