At the end of the Calle del Principe, a little further down the block, is a wonderfulConchas house (Casa de la Conchas on the map). 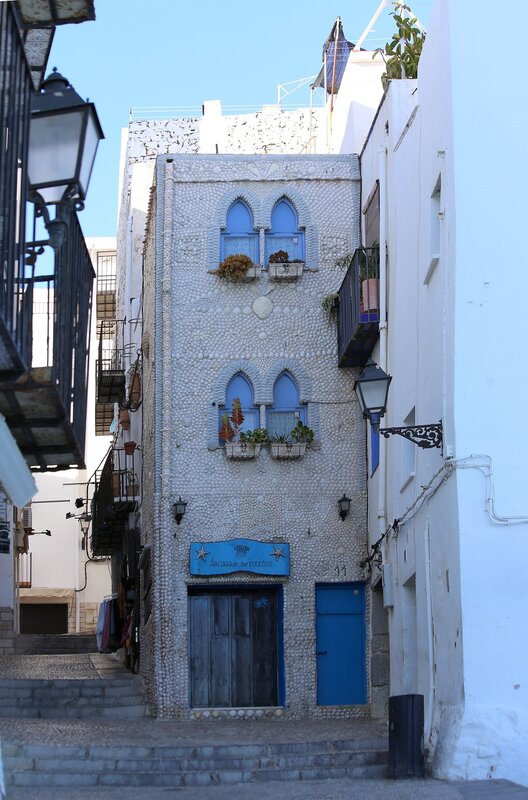 A decade after the Second world war, Spain began to become popular with tourists. The Conchas family, who had recently come to Peniscola in search of money, were the first to offer guided tours of the ancient city and the castle of Papa Luna. The business began to bring a good income and soon the family purchased a house in the old part of the city, decorating the facade in such an original way. 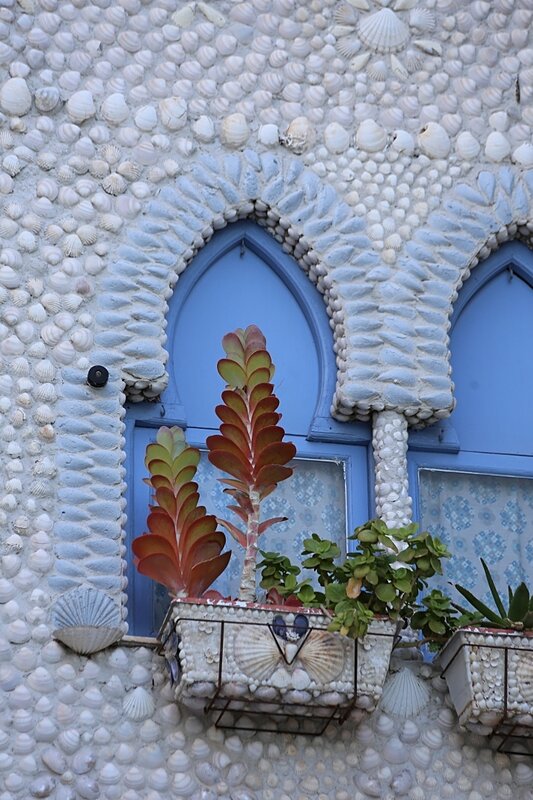 Now you can see a lot of such cute decorations in the Old city. A couple of swallows make an original even a blank wall, "decorated" only with a pipe. 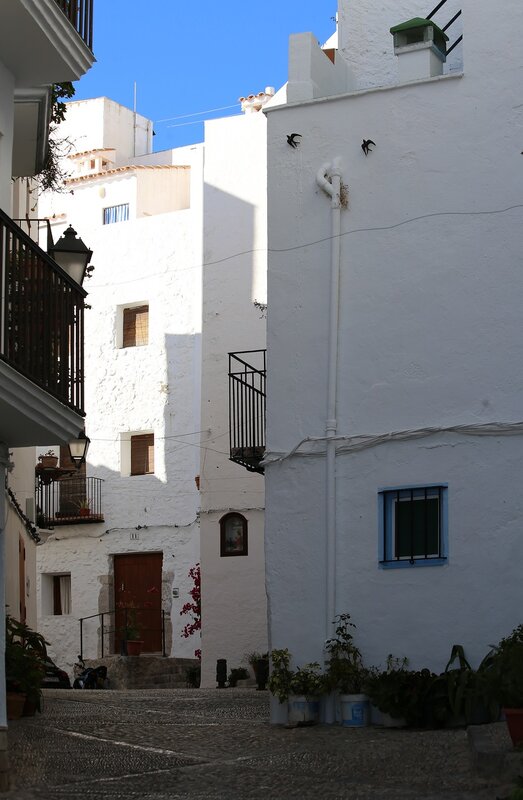 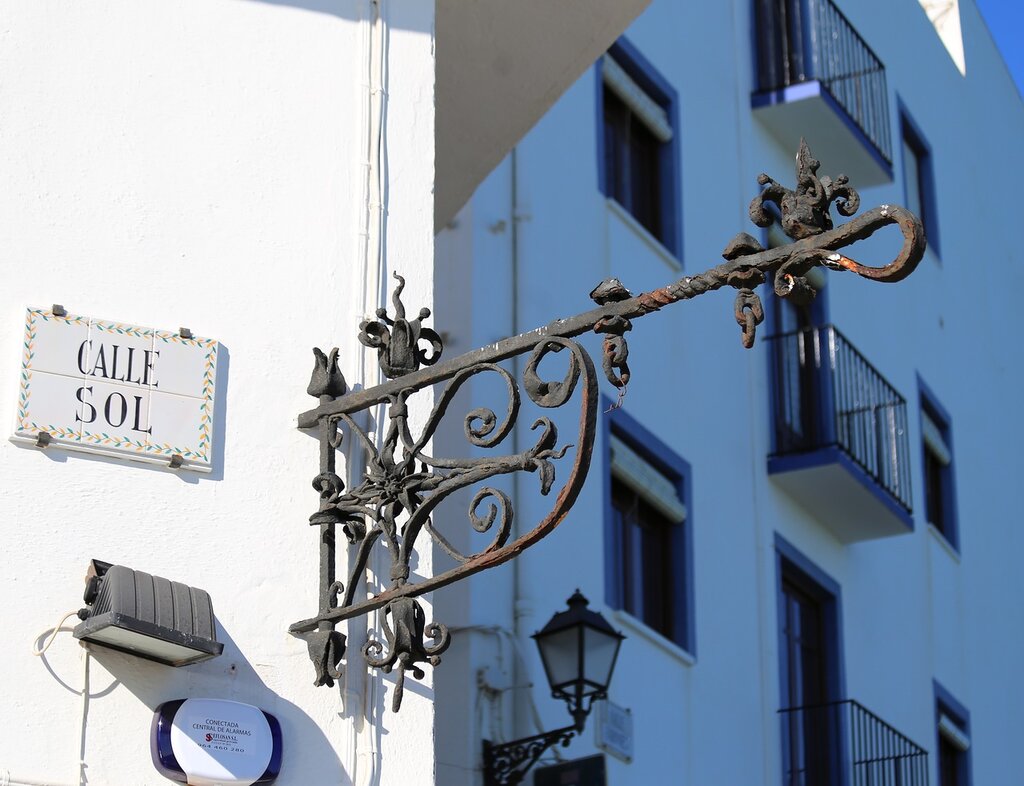