In the highest part of the rocky Peninsula, at an altitude of 64 meters above sea level, is the castle of peñiscola (Castillo de Peñiscola on the map), also known as the castle of Papa Luna. 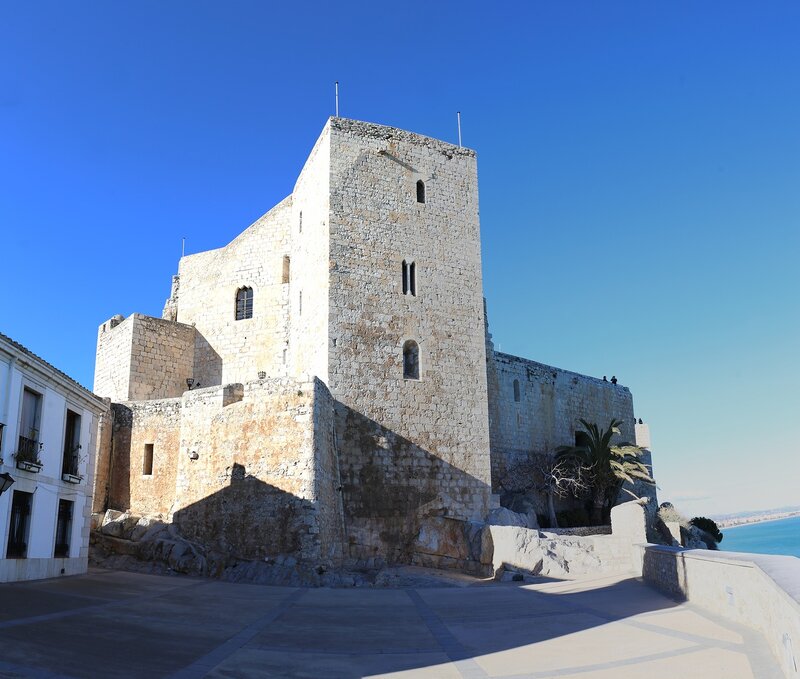 Before the Reconquista, there was an Arab fortress here. In 1146, the count of Barcelona, Ramon Berenger IV (Ramon Berenger), who freed the lands of Valencia from the Moors, grants the fortress with its surrounding territories to his chief adviser, Guillermo Ramón de Moncada. 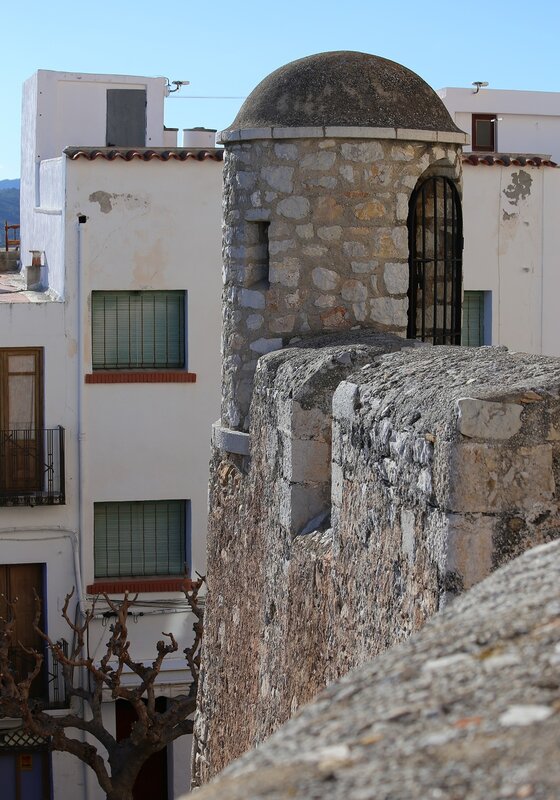 In the following century, in 1235, the castle came under the control of the Aragonese crown, and in 1294, king Jaime II el Justo granted the Peninsula to the Templar order. In the same year, the knights under the leadership of master Berenguer of Cardona began the construction of the castle, which was completed in 1307. The new castle became one of the most powerful fortifications of the Mediterranean. 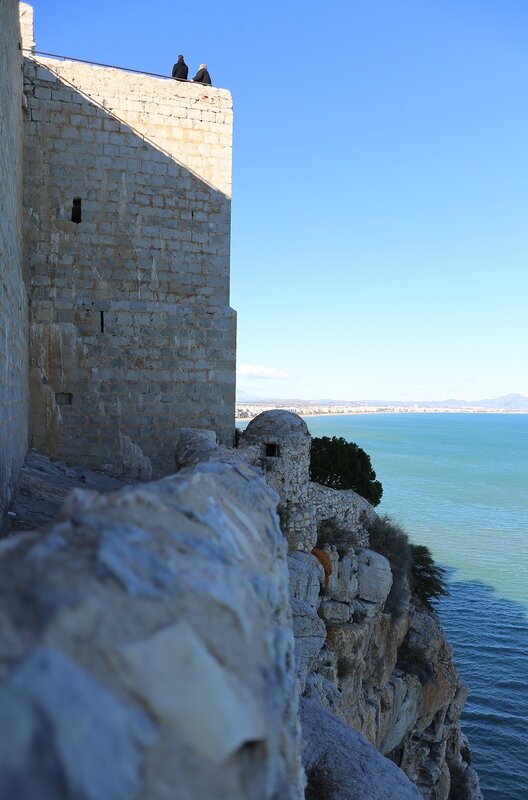 The year of completion coincided with the beginning of the persecution of the Templars, and 5 years later, Pope Clement V issued a decree on the abolition of the order. Not wanting to lose strong allies, but at the same time unable to disobey the authority of the Pope, king James II of Aragon took a simple and wise decision - established a new order of Monteza, which included both the Pyrenean Templars and knights who had fled from the executioners of the French king Philip IV. (The disgraced knights were also taken in by Portugal, where they were re - qualified as navigators-Templar crosses adorned the sails of caravels epochs of Great geographical discoveries) Having received in 1319 from the Pope permission to transfer the property of the Templars to the new order, James II officially assigned the castle to the knights of Monteza. 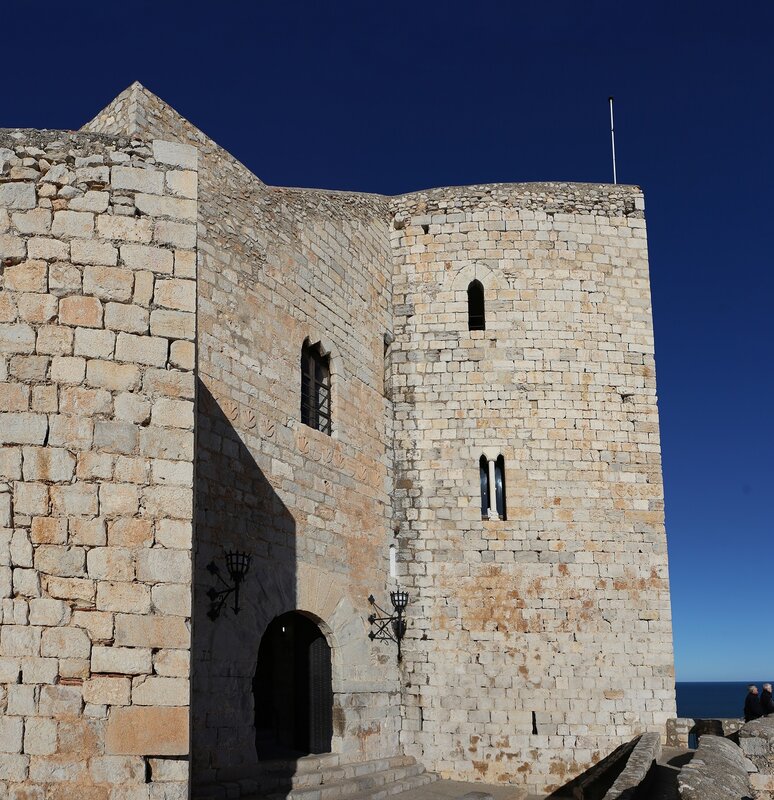 Between the castle wall and the parapet, you can see a giant cactus. 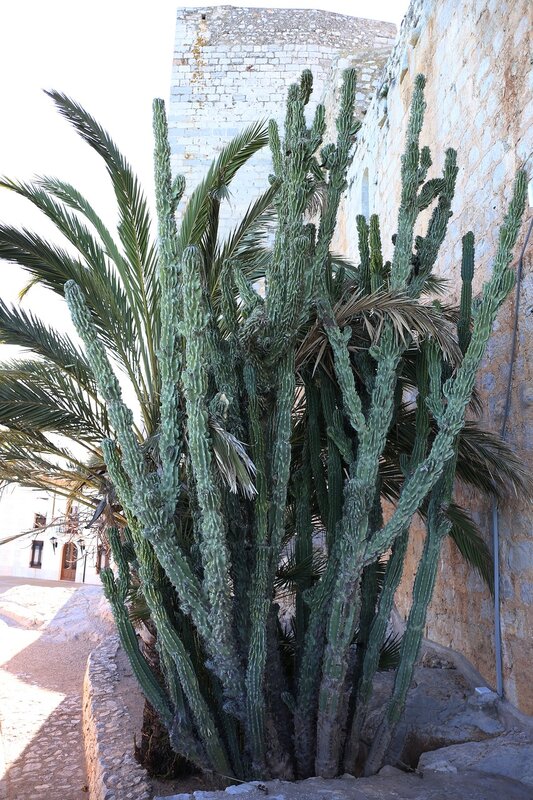 Next to it, on the wall, there is a fundamental sign with the inscription "Respect the plants". And, I think, the plaque will fulfill its purpose - the stems do not show carved inscriptions in the style of "here was Vasya" in different languages, as is often seen in seaside resort towns. However, someone still left a memory of themselves on the Board. 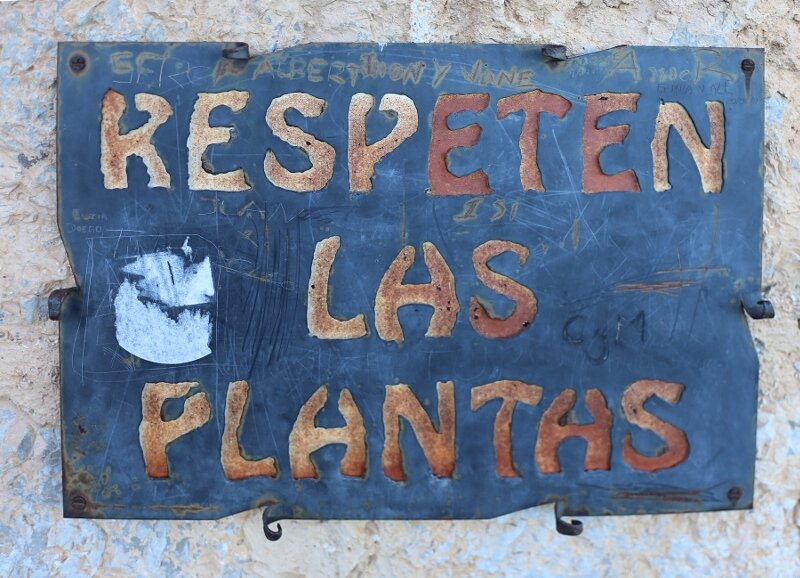 The main gate of the castle is located in a recess between two towers. The upper part of the left tower was destroyed during the war with Napoleon in the early 19th century. Above the arch are heraldic bas-reliefs depicting the Templar cross (in the center) and the coats of arms of the masters: the Templar Berenger of Cardona and Montez Arnold Banyuls (Arnaldo de Banyuls). The emblems are interspersed with images of thistles, which became the symbol of the Templars after the abolition of the order. 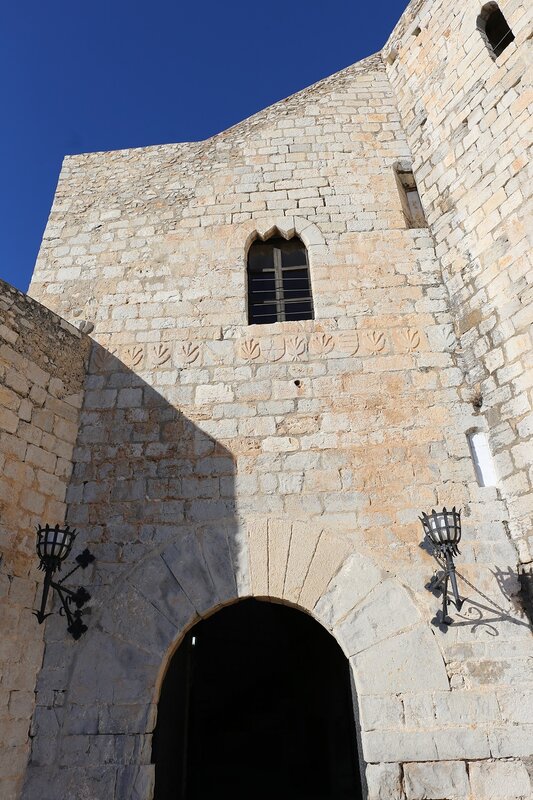