The main square (Plaza Mayor on the map) is surrounded by the main urban monuments included in the list of historical and cultural heritage of Spain: the Central market, the Municipality, the tower of El Fadri and the Cathedral of St. Mary. 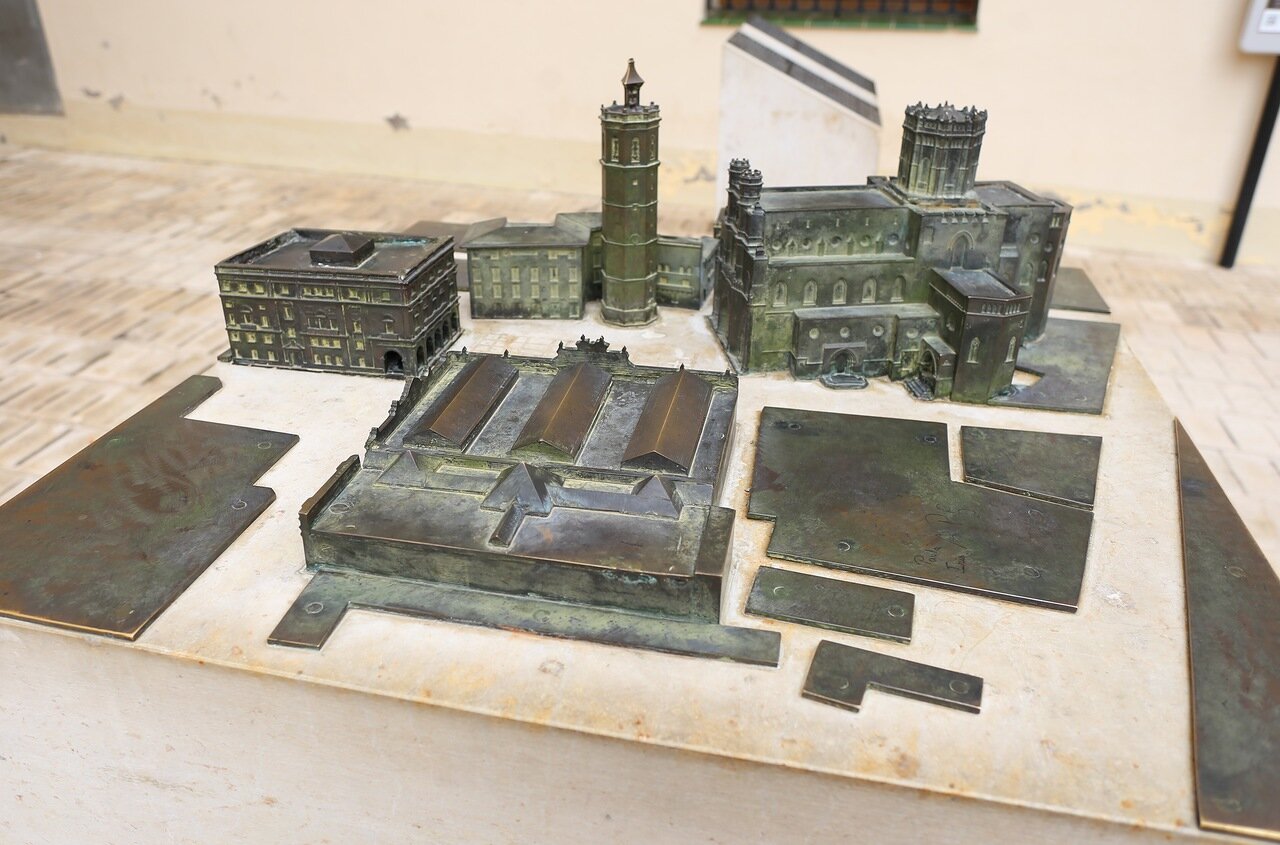 The square has been the center of the city since its Foundation. During the holidays, there were bullfights, performances, and performances.

The city market (Mercado Central) - the youngest building on the square, built in the mid-20th century, but its history began in 1902, when the city Council decided to build it. In 1913, there were shopping rows under canopies, and in 1925 an architectural competition was held. The winner was the project of Vicente Traver Tomas (Vicente Traver Tomas, according to his own project, the Cathedral of St. Mary was restored after the war), but the construction was delayed due to the Civil war. The new market building was officially opened on December 21, 1949. In 1964, the fish Department was added to the building, since the corresponding market on the adjacent Fish square was closed in 1951. 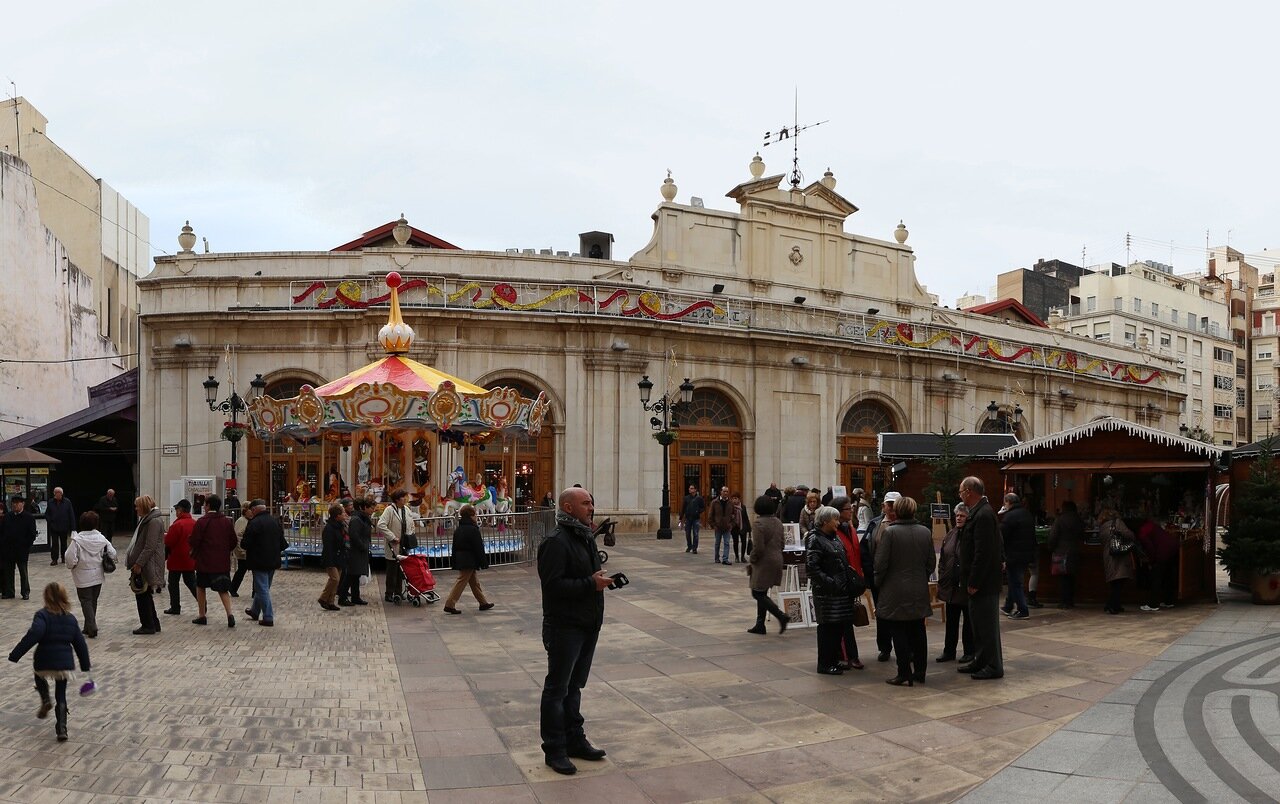 The weather vane of the market shows the fortress - "sastellon", the coat of arms of the city. 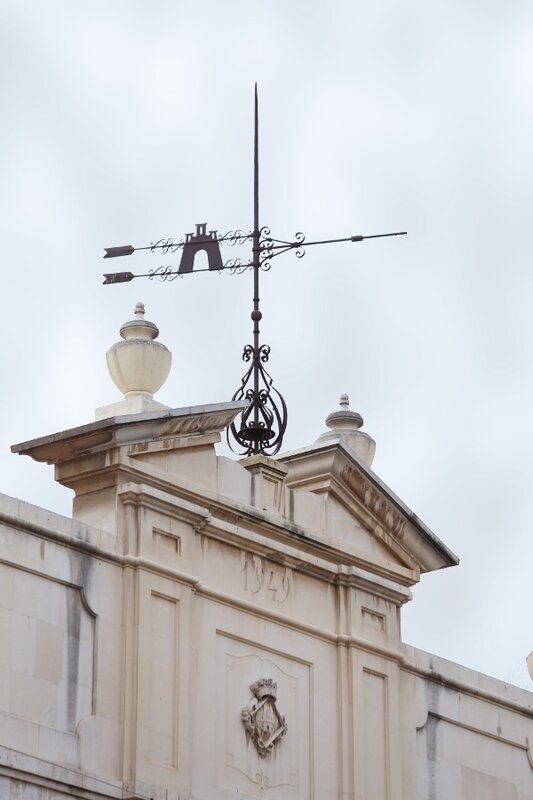 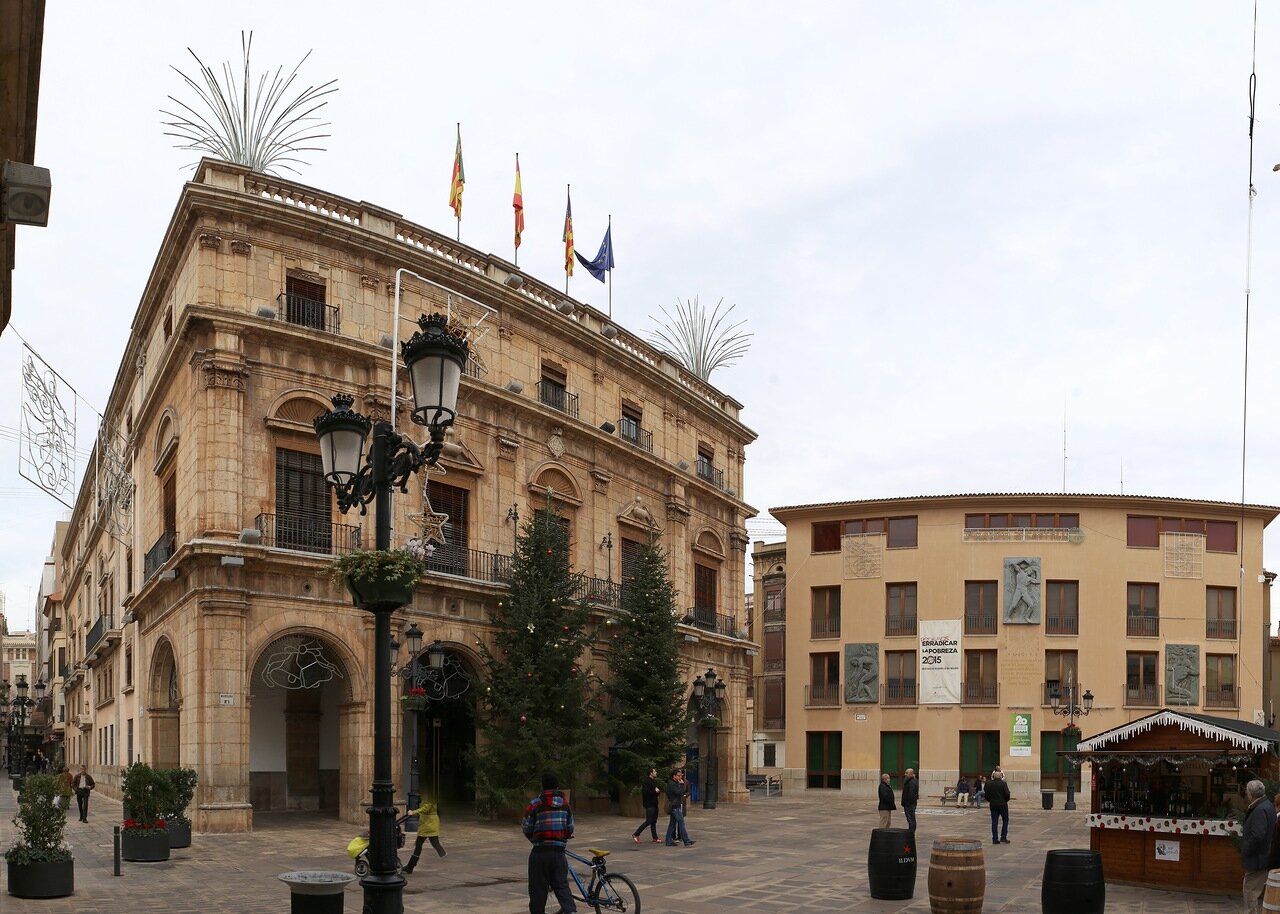 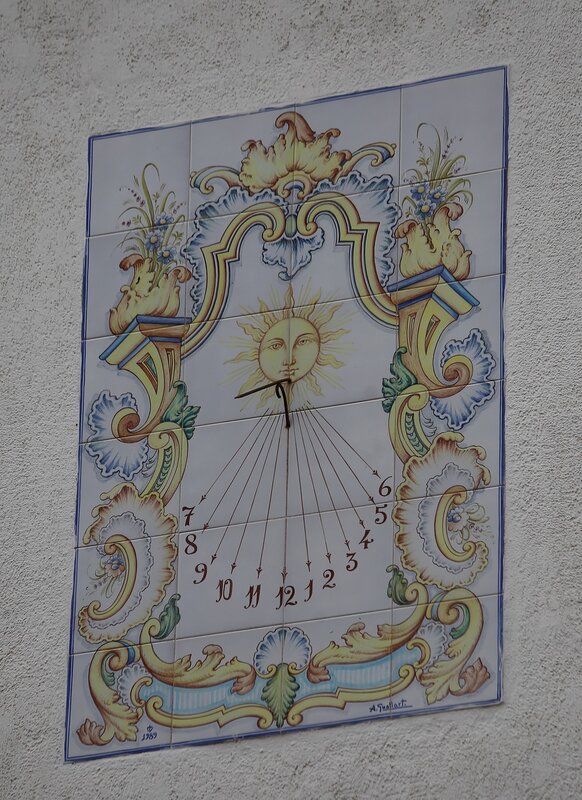 On the square, next to the Cathedral, you can see several modern sculptures. Street artist (El pintor de calle) works by Carlos Vento in 2009. 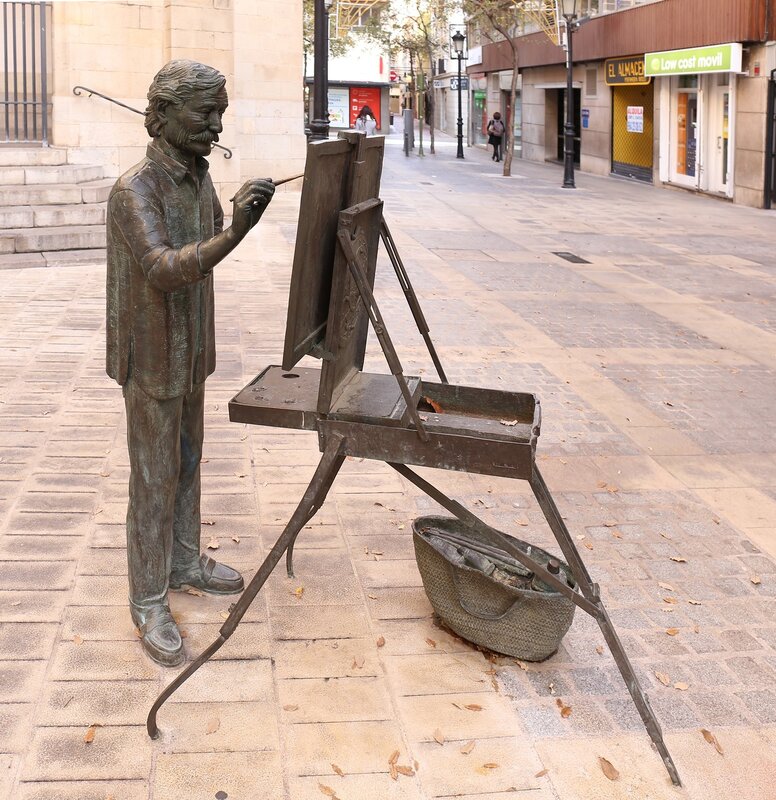 The sculpture is dedicated to the oldest castellonian artist, Juan José Salas, who for a long time was as much an integral part of the Plaza Mayor as the Cathedral. 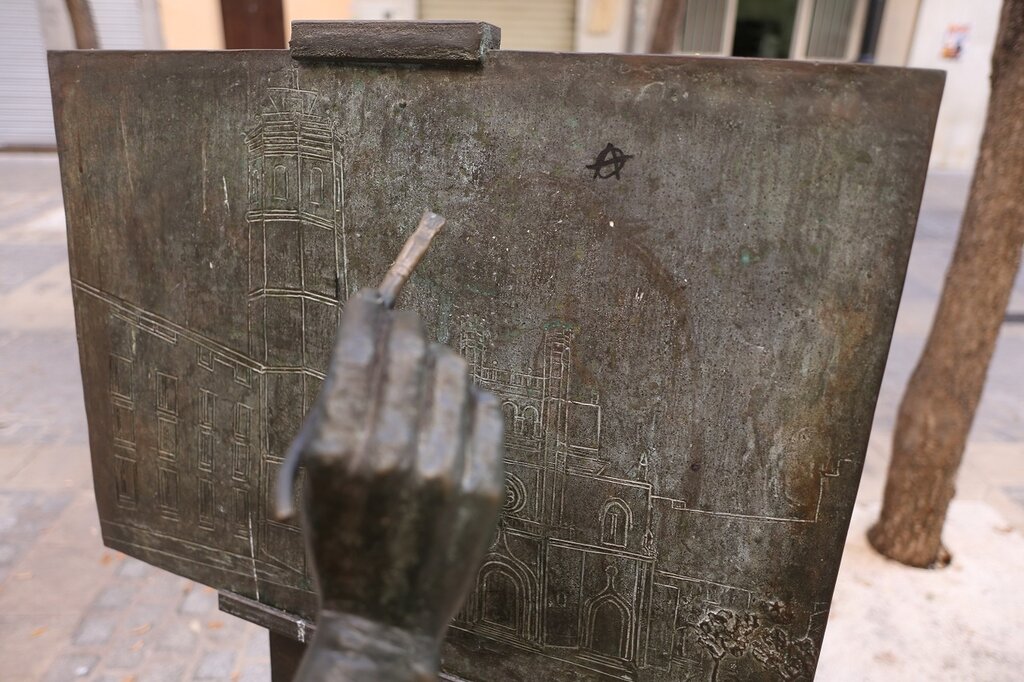 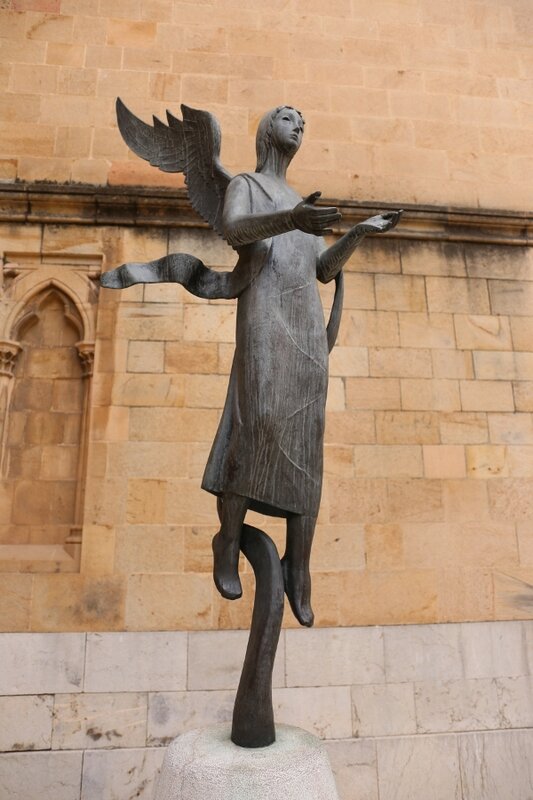