I took the train to Benicarlo and arrived in the city in less than an hourCastellon de La Plana. The capital of the province of Castellon is located on the plain, South of the Palmes mountain range (Desert de les Palmes), 4 km from the Mediterranean coast and 70 kilometers from Valencia. The high-speed railway line from Valencia to Barcelona passes through the city. Archaeological finds show that this area was inhabited in the Neolithic. There are several evidences that there was a fortified settlement here during the Roman Empire. In the Muslim era, fadrell castle was built in the area of the current city, around which several peasant and fishing villages appeared. In 1233, the troops of king Jaime I of Aragon expelled the Moors from Burriana, and the Arab fortress was given the name of Castellon de La Plana, after the now-dry river. Hence the name-Fortress on La Plancha. In the late forties of the 13th century, abandoned Muslim manors began to be inhabited by Christians, and in 1252 the fortress received the status of a city. The main occupation of the inhabitants remained rice cultivation and fishing. In 1329, the son of king Jaime II of Aragon, Alfonso IV, gave the land to his future wife, Leonor of Castile, which caused unrest among the population, forcing the return of the city to Royal jurisdiction. In 1366, the farmer Peroto de Gragnana found a wonderful statue of the virgin Mary, named Ledo, which became a relic of the city. In the middle ages, the city still remained a small agricultural settlement. According to the 1786 census, there were only 1,200 families in the district, half of whom lived outside the city walls, which hindered the development of the city. Ten years later, the walls were torn down, and the settlements of San Felix and Trinidad were incorporated into the city. During the war of Independence, in 1811, Castellon was taken by the troops of Napoleon's Marshal Suchet, who occupied it for three years. In 1833, Castellon received the status of the center of the province of the same name. During the civil war of 1837, the city supported the liberals. The citizens built a new wall, and supported the supporters of the absolute monarchy (carlist). In 1743, as a sign of gratitude for their support, Queen Maria Christina granted Castellon the status of a first-class city. The greatest growth of the city's population occurs at the end of the 19th - early 20th century, during the industrial revolution. Many enterprises opened in the city, which specialized in the production of ceramic products, mainly glazed tiles. Rice cultivation declined due to soil degradation in the 15th century, farmers began to cultivate oranges. Industrial and agricultural products of the province became a popular export commodity, for which a commercial port was built. Now the city has about 180 thousand inhabitants. 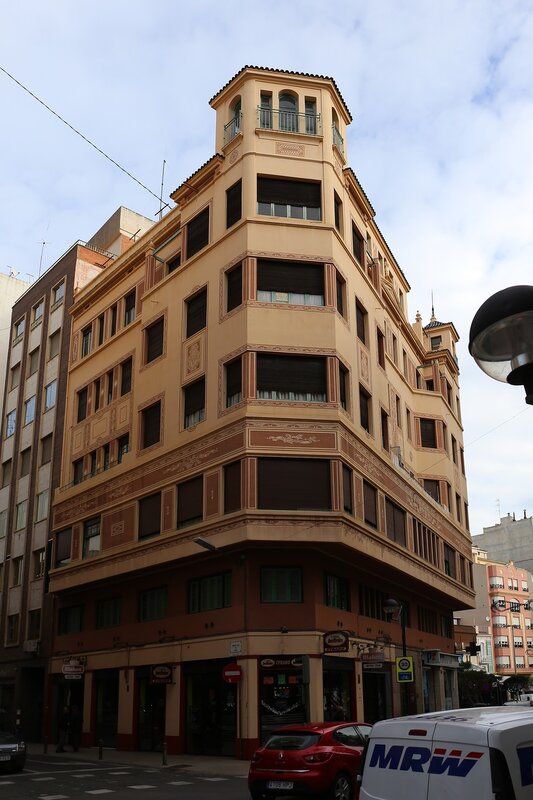 My hotel, Residencia Real (on the map), was located in the very center, on Plasa Real. From the train station to the hotel can be reached on foot in about 25 minutes. The place is just perfect for exploring the city, all the sights are within walking distance. The price is also quite reasonable. 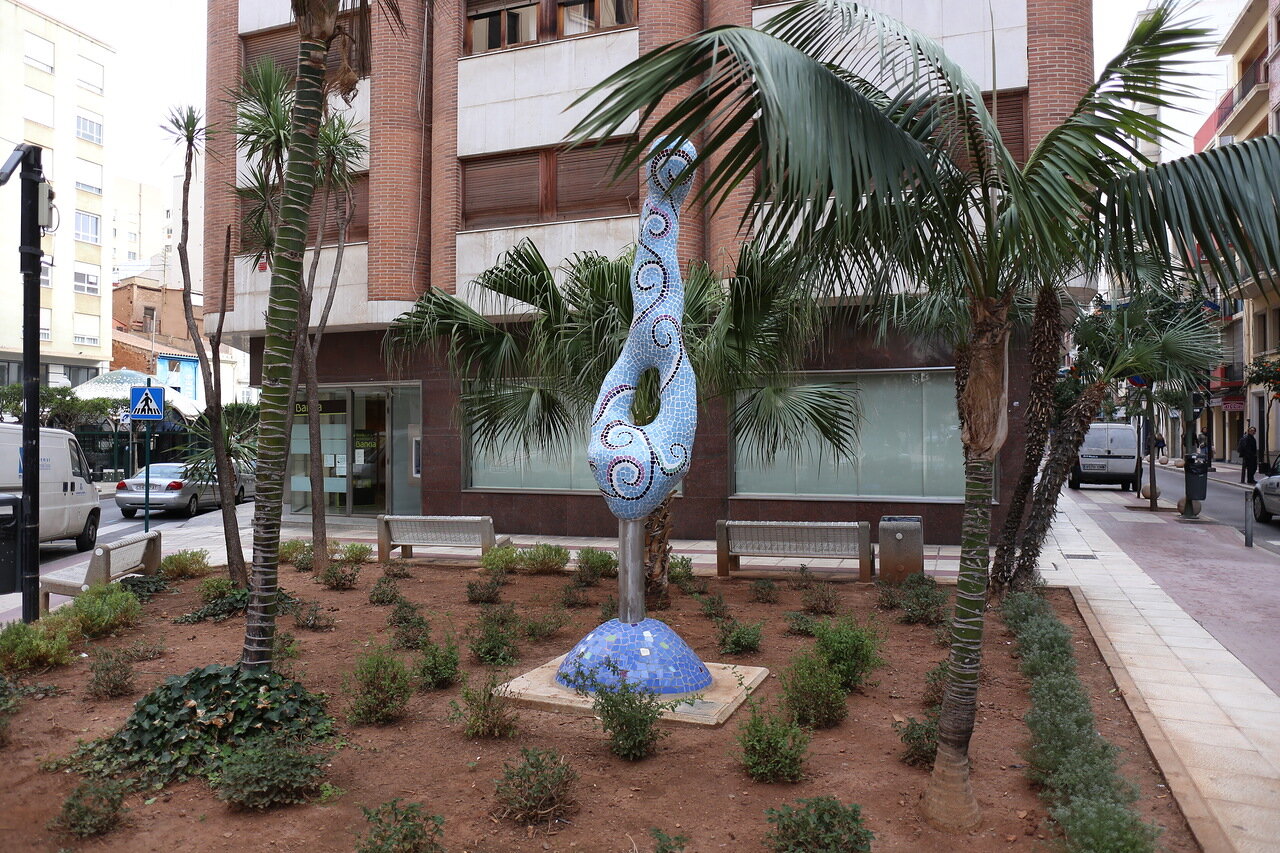 It is adjacent to the real squareSquare "Gate of the Sun" (Plaza Puerto del Sol on the map). Once there really was the main entrance to the city, and now the business center is the building of the Bank of Valencia, in the background-the Bank of Spain 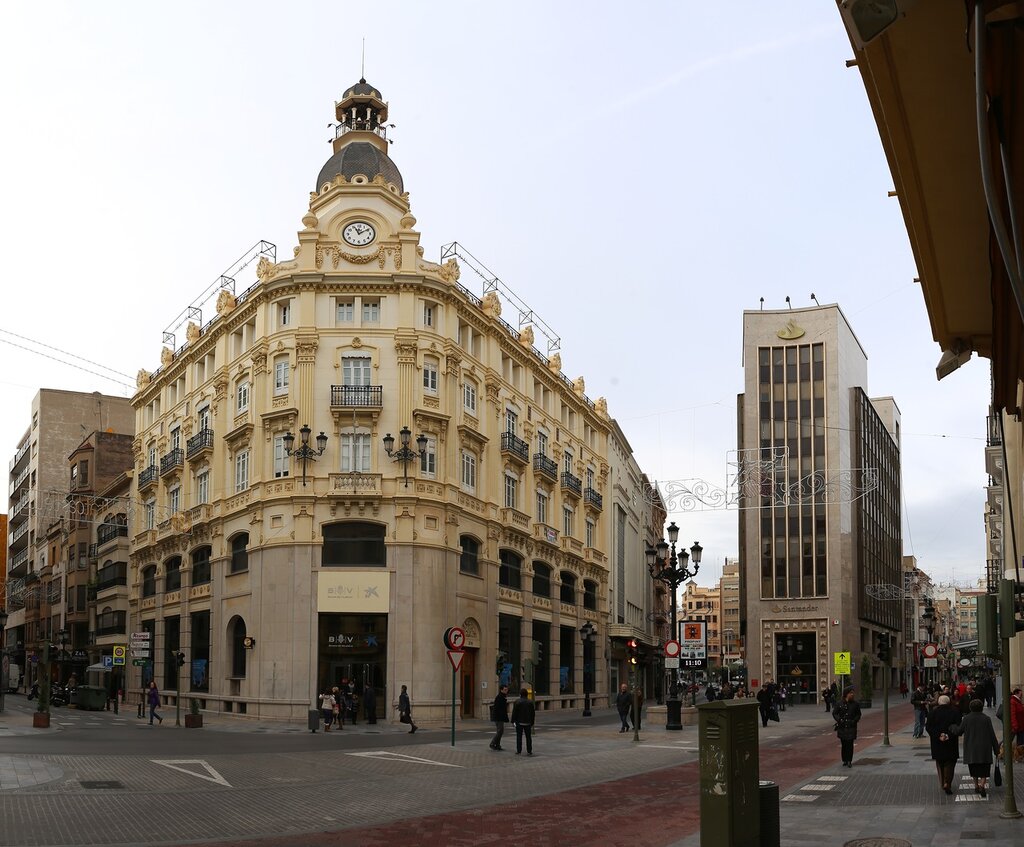 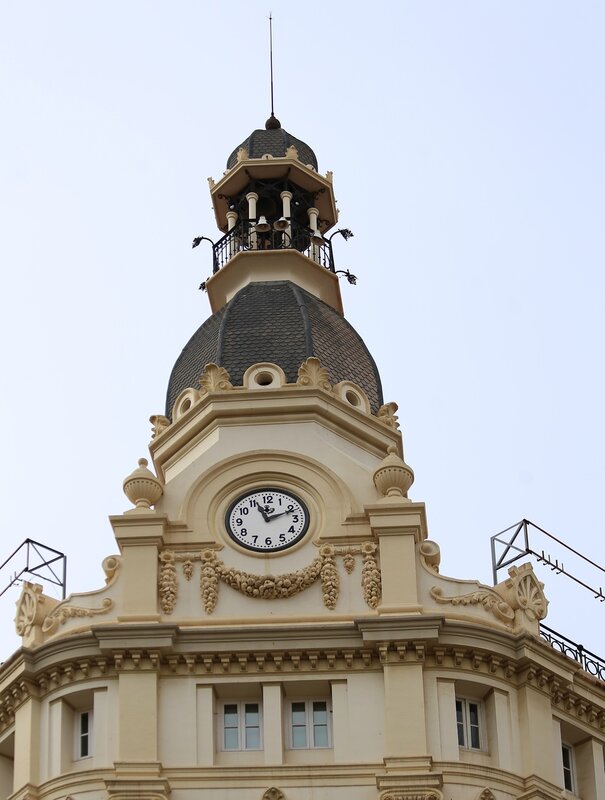 In front of the building of the Bank of Spain there is a sculpture-fountain "water carrier Girl" (Aguadora), by Juan B. Adsuara, 2002. Later, walking around the city, I met many more such cute statues, which are incredibly rich in the streets and squares of Castellon. The tourist office offers several walking routes dedicated exclusively to urban sculpture ( A booklet with route descriptions). 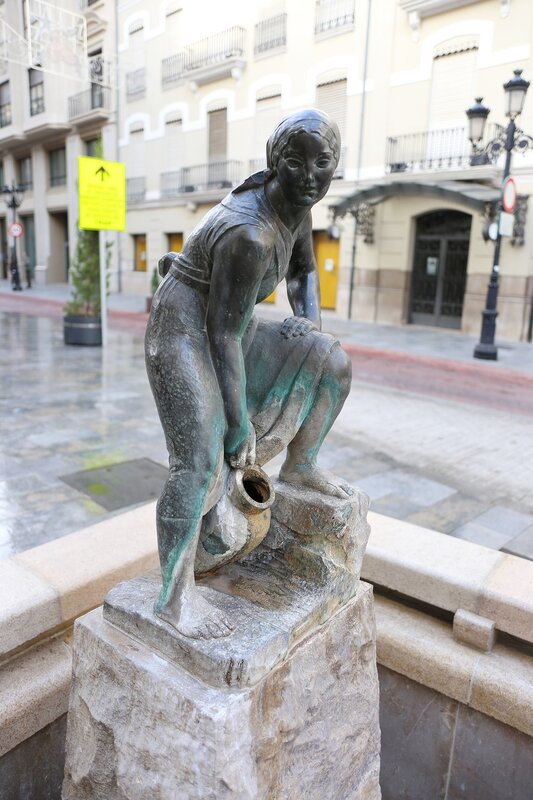 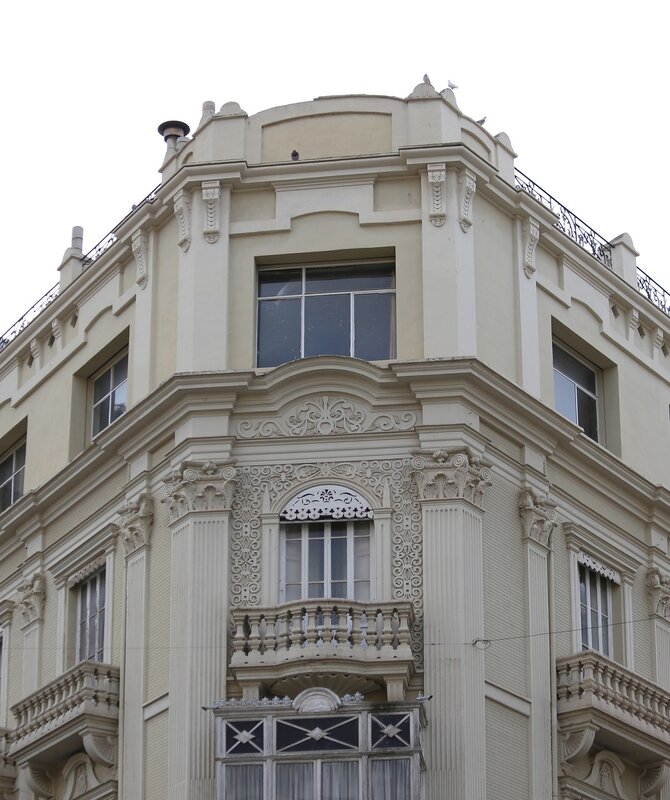