In the evening I returned to the hotel to take a tripod and continued to walk in the night Castellón. Plaza Puerta del Sol - the square of the Solar gate (map). 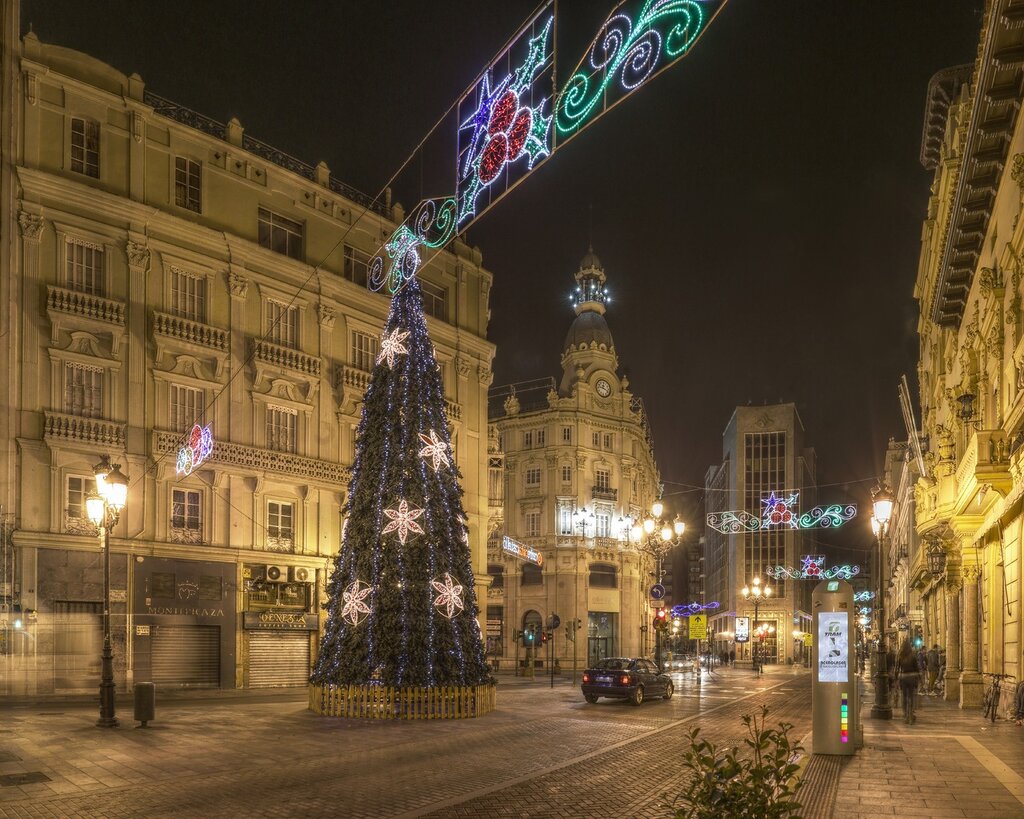 Plaza La Paz (map). In this modernist kiosk located a small café where I had lunch during the day. Now the sqare was empty, the tables were removed. 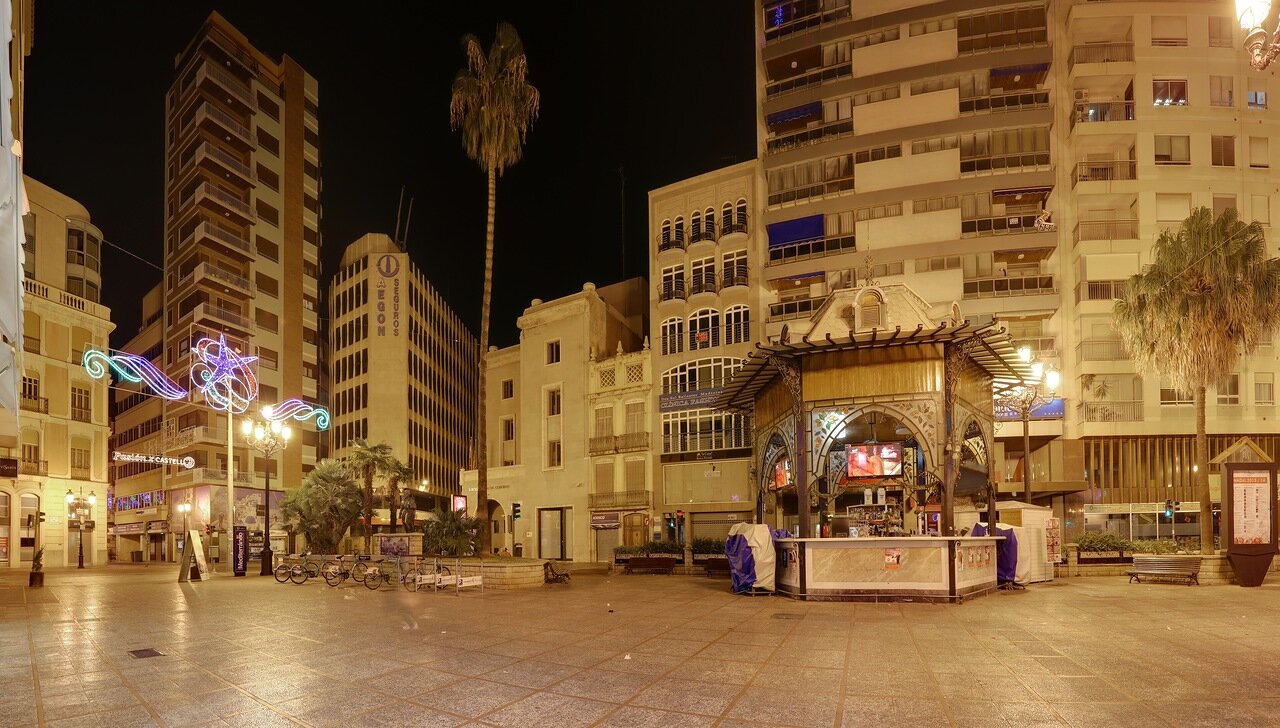 On this square is the facade of the Main theatre (Teatro Principal), the building was built in 1894 in the neoclassical style. 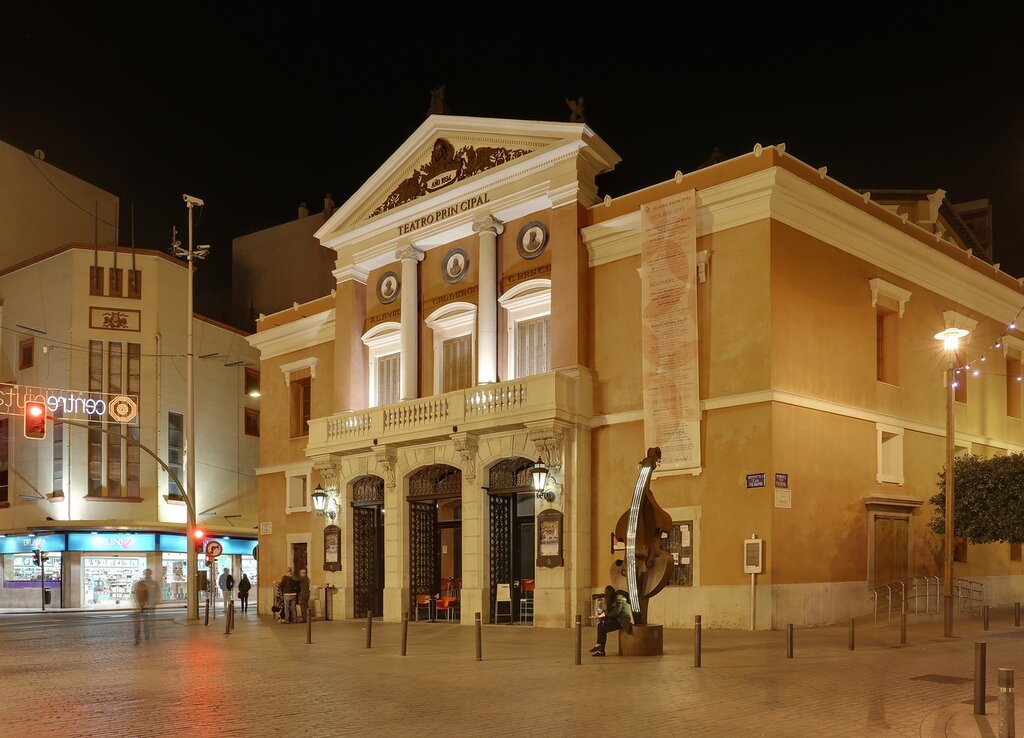 This ceramic panel depicting a railroad train, which joined Onda city with ports on the coast. This line had a name La Panderola, passed through farming areas and contributes to the development of agriculture. To the right is a monument to the farmer, opened in 2003. 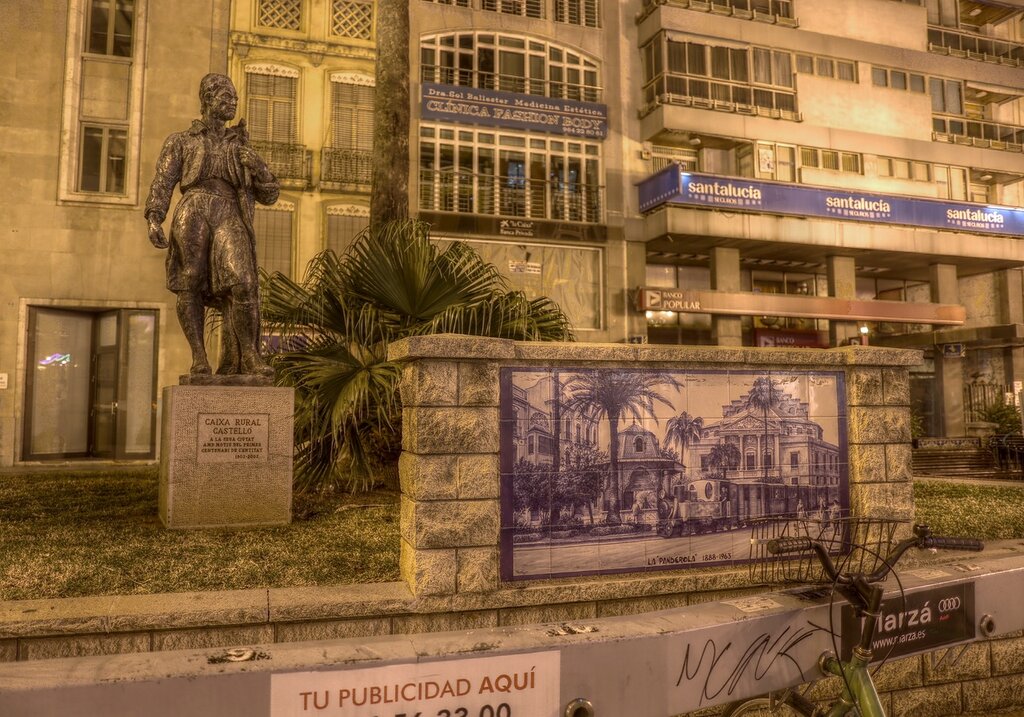 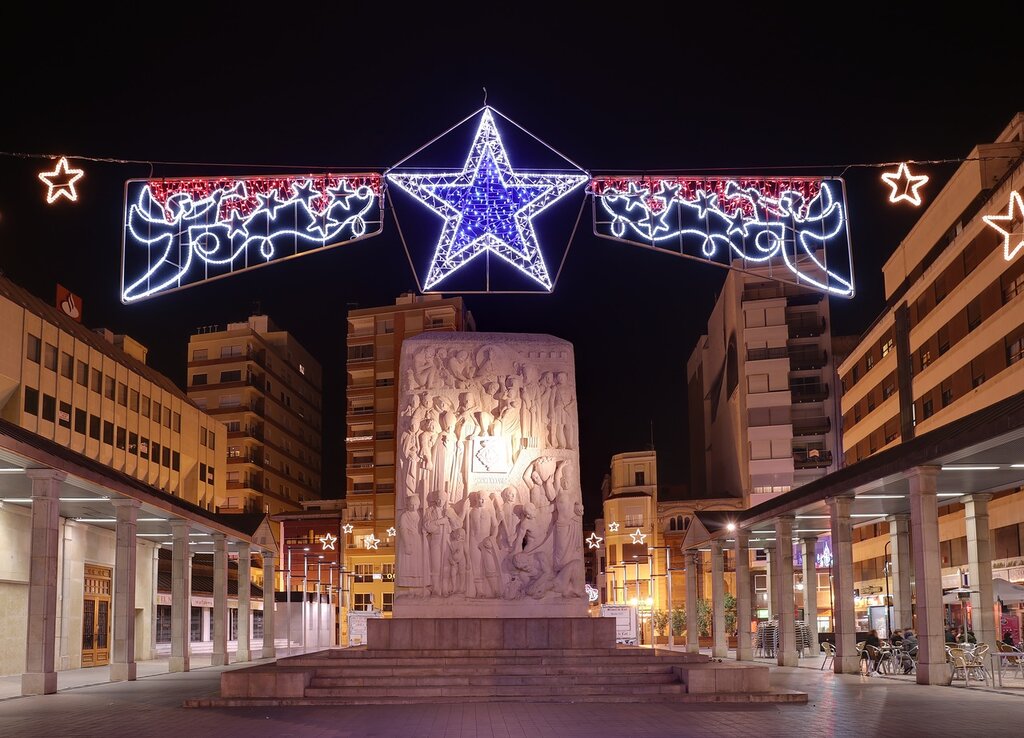 Nearby there is the Fish square (Plaza Pescadero). The fish market was located here from the middle Ages until 1951. 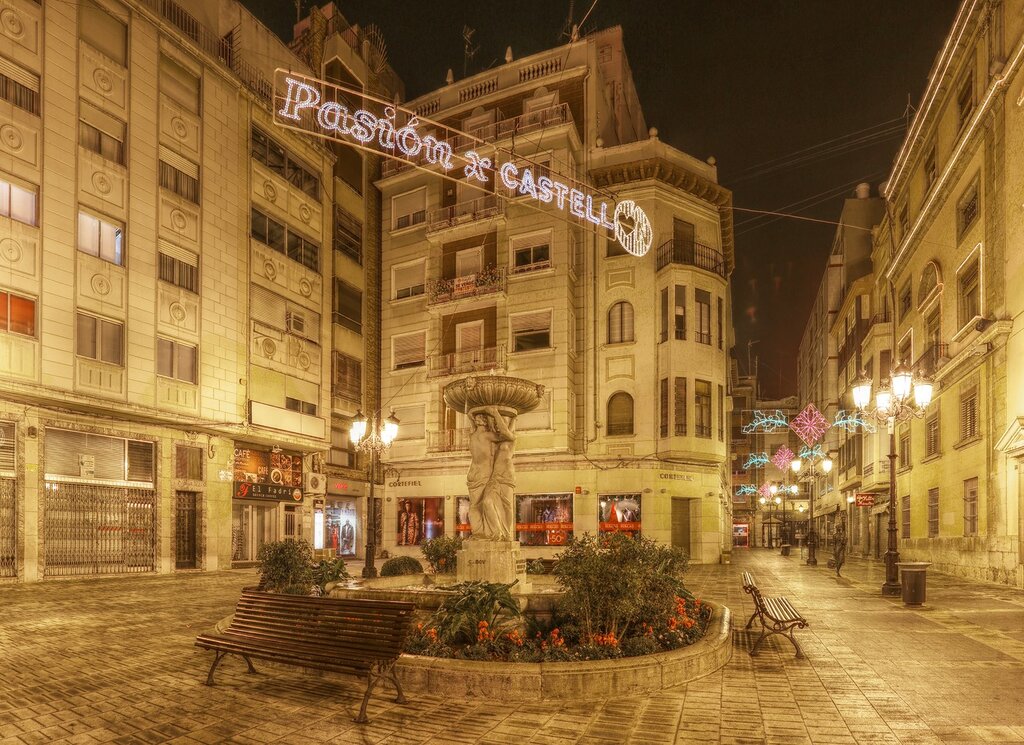 And we are back to the Plaza Mayor, this is one of the most important places in castellón de La Plana, here are the main architectural monuments: the Municipality, the tower of El Fadri and St. Mary's Church. The area was a public space, there were the main events of the city - festivals, plays, bullfights, and executions. 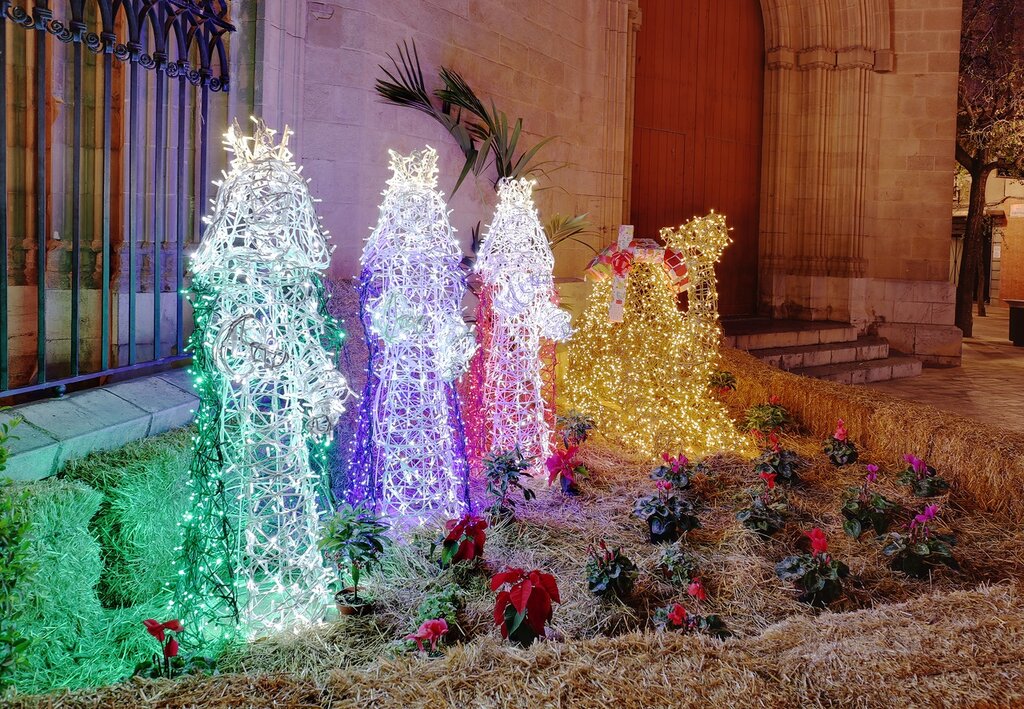 On the right - the building of the Central market (Mercado Central), it is also located on the Plaza Mayor.

In one block from the square, on the street with a long name "Calle del Gobernador bermúdez de Castro", find the Bishop's Palace (Palacio Episcopal map), built in the neoclassical style. Construction was started in 1793 the Bishop of Tortosa, Reverend Antonio Jose Salinas. The construction was headed by Miguel Tirado. Outside, the building looks quite modest. On the main balcony is the coat of arms of the Bishop and over the entrance is a memorial plaque with the names of the builders. 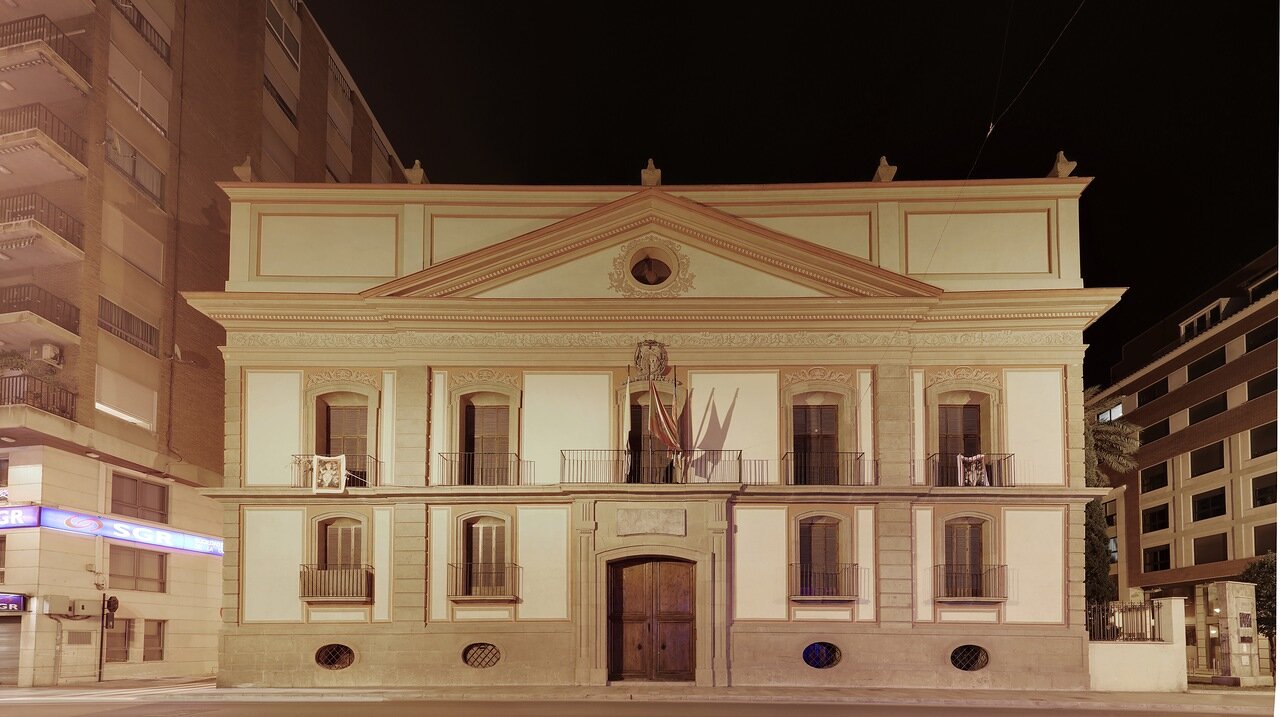 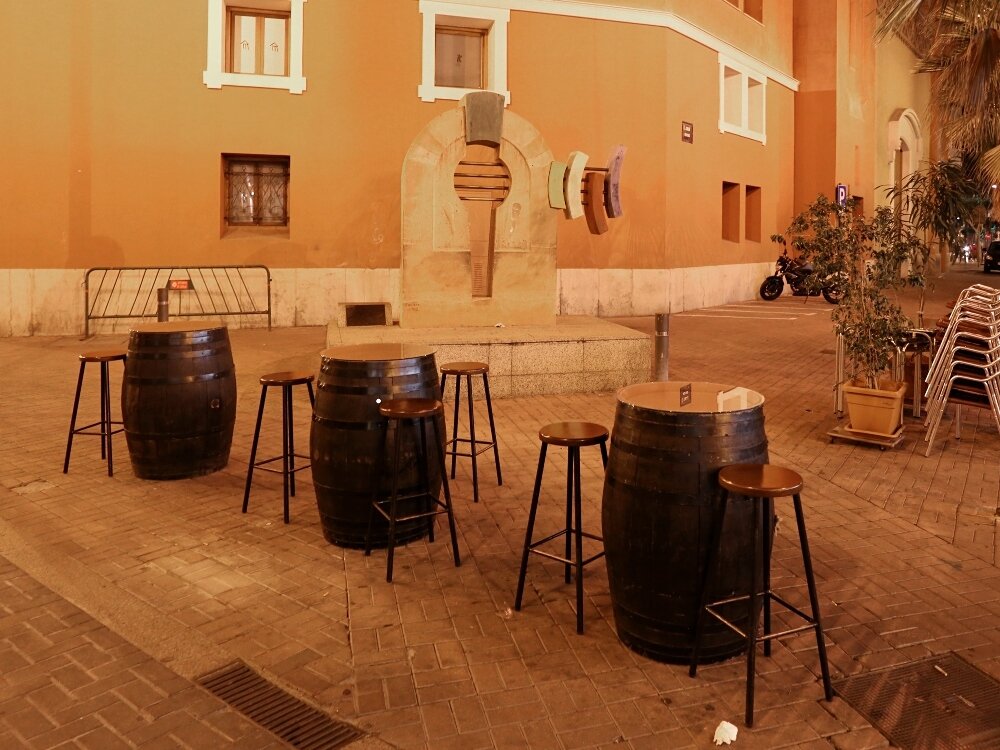 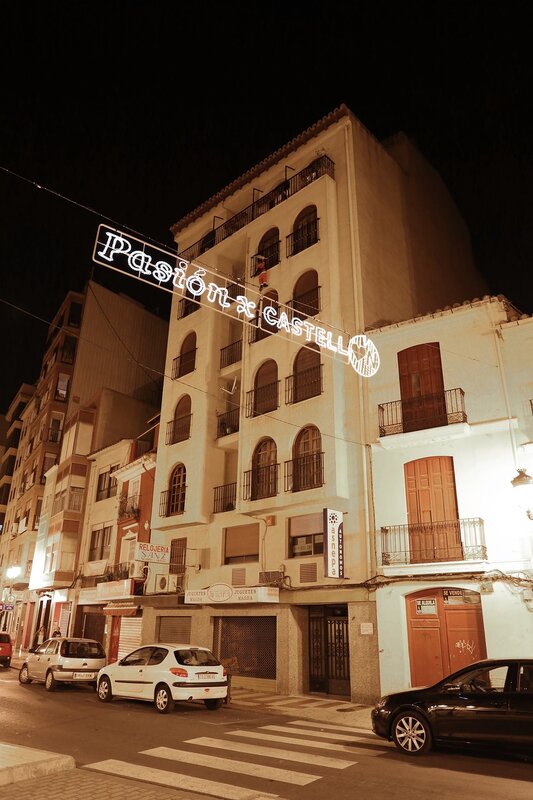