Back at the hotel, I pack my bags and walk slowly along the Carrer de Navarra towards the train station. On the way, I stopped by the Trinity Church (Iglesia de la Trinidad on the map). The temple was built in 1904 by a fraternity founded by the priest Juan Bautista Cardona Vives. The author of the project is Manuel Montesinos Arlandis. 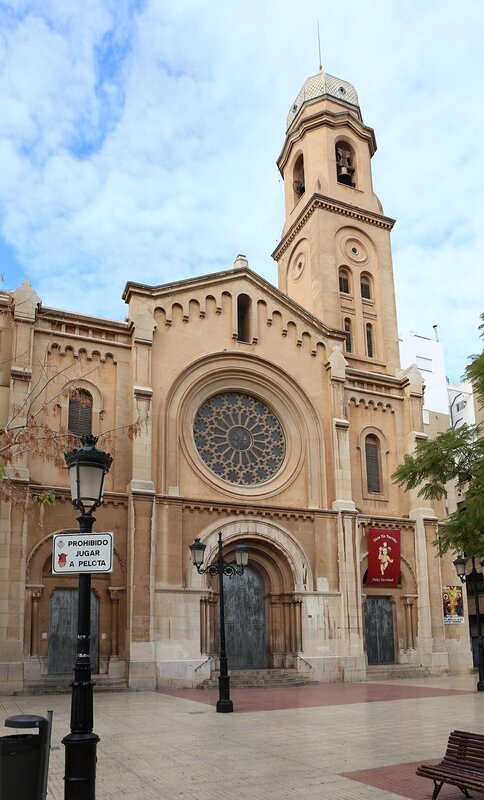 To the left of the Church is a College called the" School of piety " (Colegio Escuelas Pías), founded by the same Cardona Vives fraternity. Construction of the building began in 1897, and the school opened its doors on October 2, 1900. The author of the school building project is also Manuel Montesinos Arlandis. 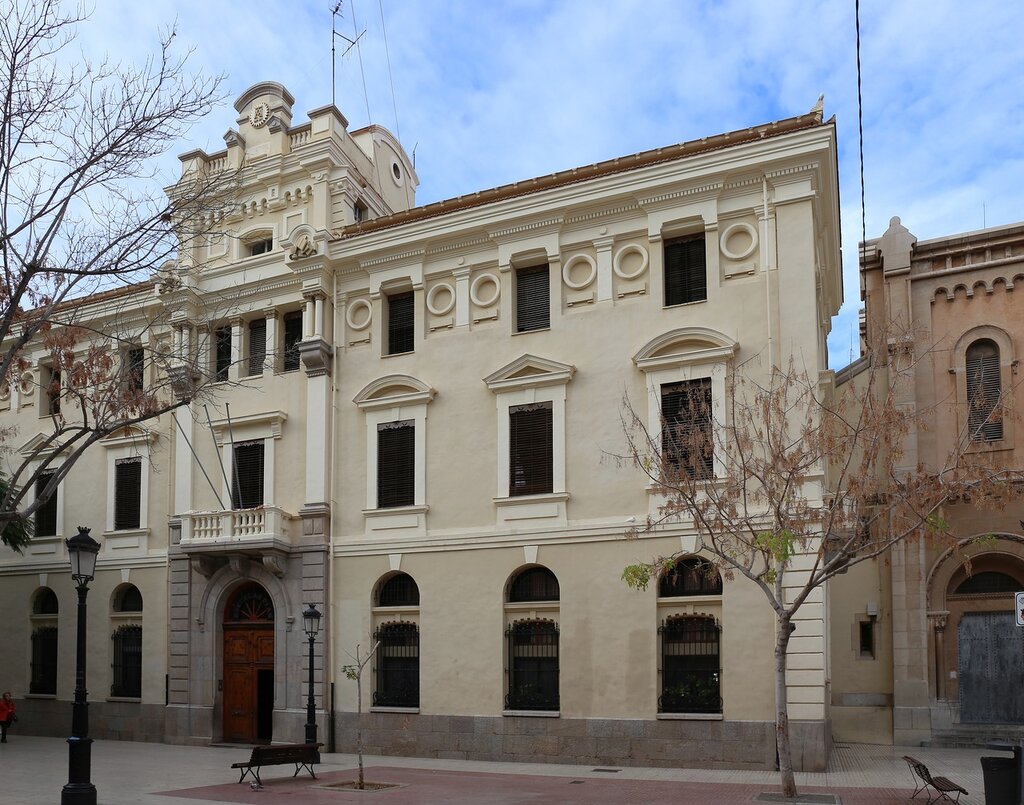 In front of the College, you can see the sculpture "Children with a chick" (Niños con Pájaro) Jose Miguel Mas Valls, established in 2002. The sculptor depicted boys returning a fallen chick to the nest. The author continues the theme of environmental education with the sculpture "Boy with a frog", opened in 2006 on Aulas square. 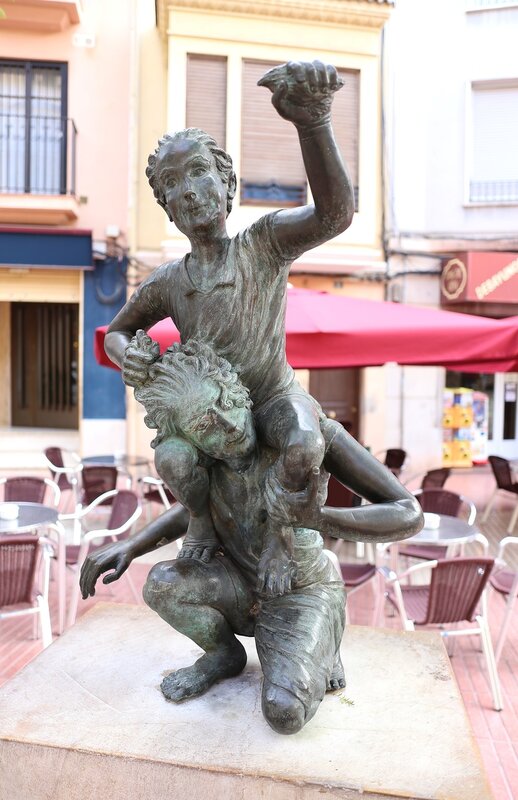