After getting acquainted with the architecture of the Basilica, let's look under its vaults. 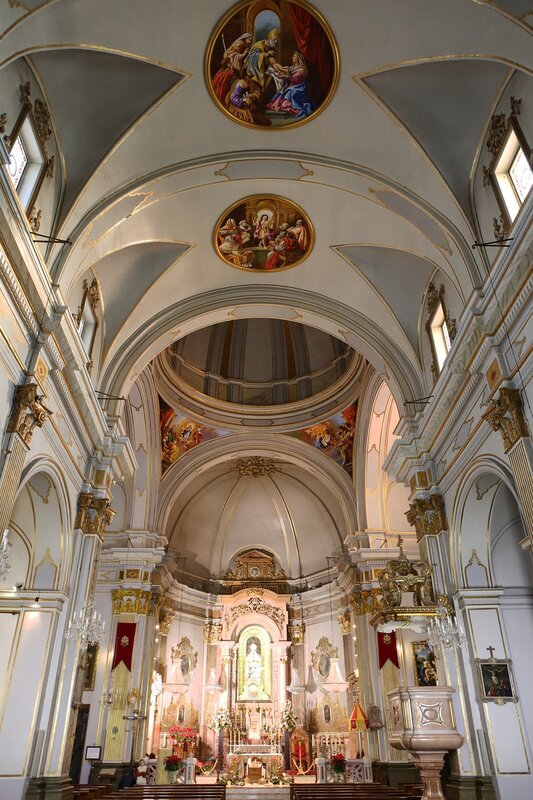 On November 8, 1922, Pope Pius XI proclaimed the virgin Mary of Ledo as the official patroness of the city of Castellon de La Plana. On may 4, 1924, the statue was crowned, accompanied by a large city holiday. The crown of gold, decorated with precious stones, was specially commissioned for this purpose by Valencian jewelers. 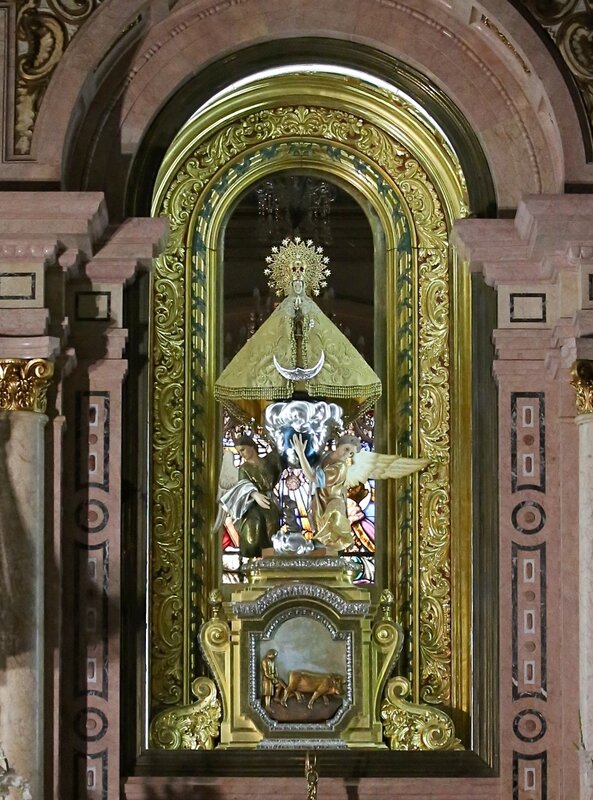 The internal appearance of the temple, of course, has changed over the centuries, especially got the Church during the Civil war. Luxury recovery was destroyed, and the crown stolen. However, the wonderful statuette was also miraculously intact. After the war, the decoration of the Church was restored. 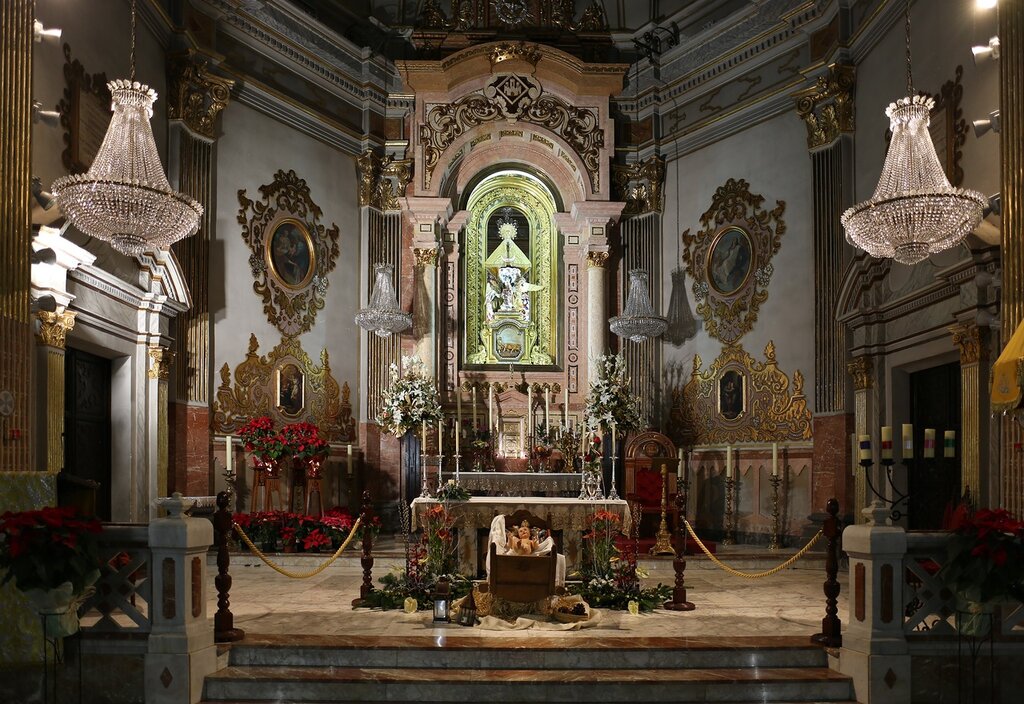 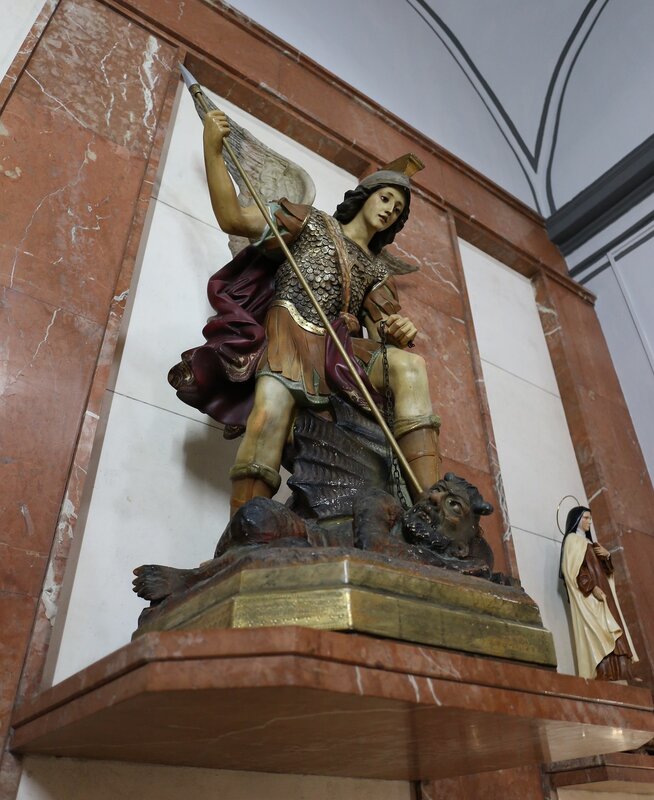 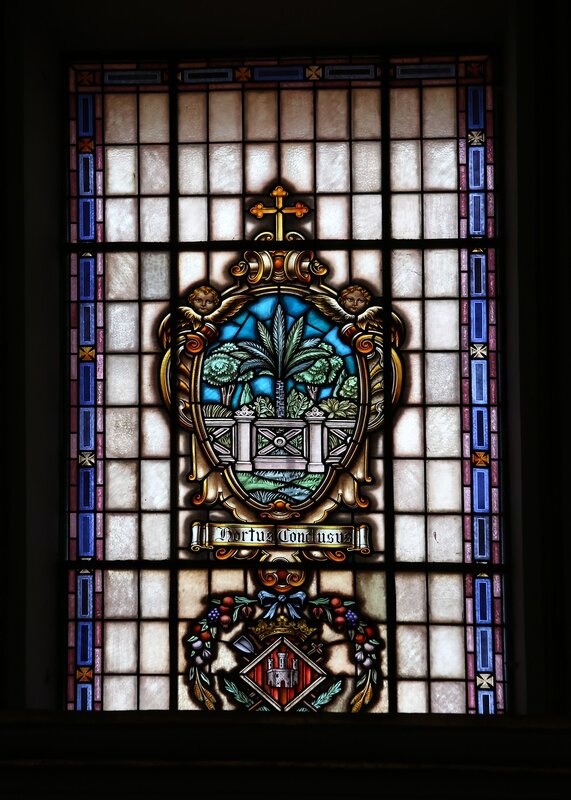 And of course, at the end of December, Christmas compositions based on biblical themes were presented here. 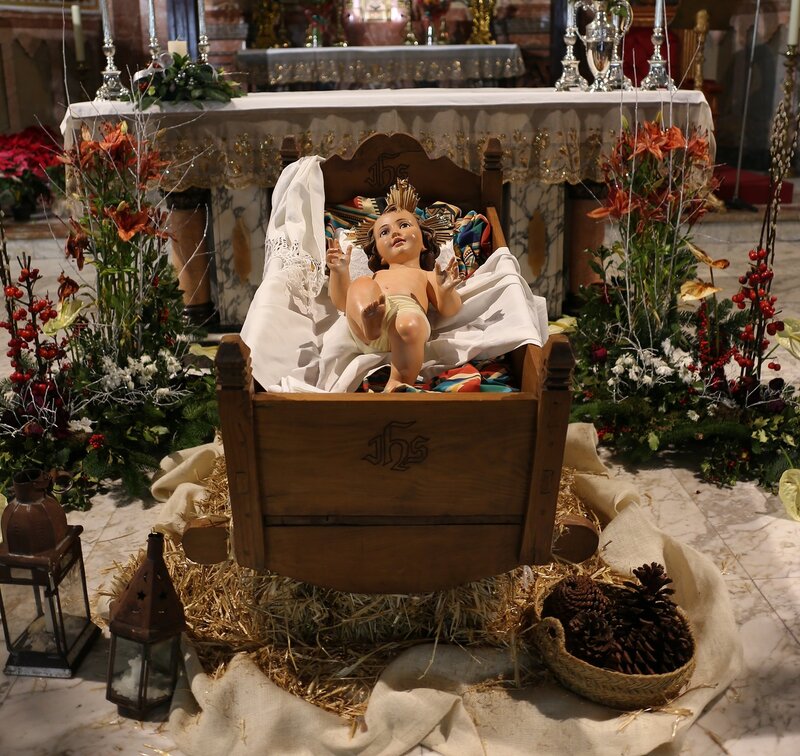 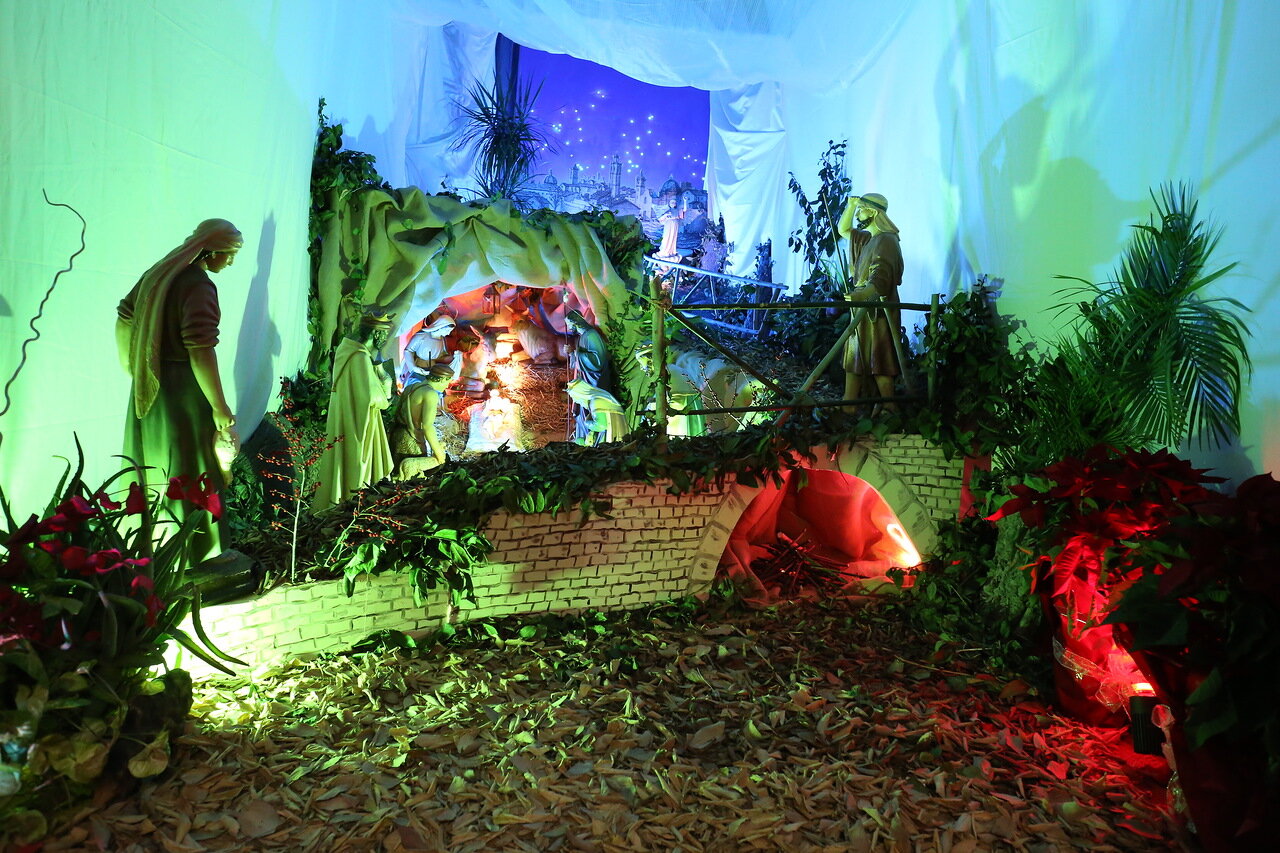