Benicarló. Center and the Church of St. Bartholomew

After the visit to cozy city Peñíscola, I'm going back to Benicarlo to go further in Castellón de La Plana. Before the train got a little time and I got off the bus a stop early for a walk through the city center. 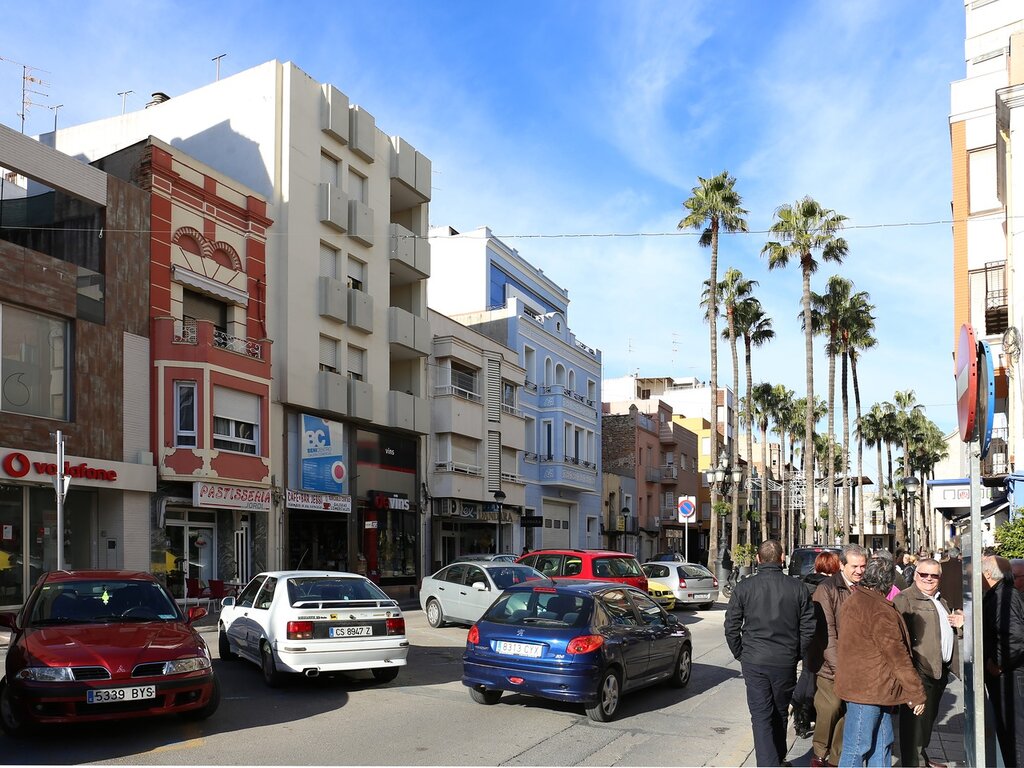 How archaeologists found, originally, this place was an Iberian trading post, which bore the name of Tossa (Tossa). The heyday of Tossa came in 5-6 century, the remains of city walls of that period can be seen on the outskirts of the city. During the Arab rule the town was called Beni-Haslum (Beni-Gazlum) that was the basis for the modern name. After the Reconquista, the city became part of the Aragonese Kingdom under the name Benicarlo (Benicastló). From the late 13th century the settlement belonged to the Templars and then the knights Montez who settled in the fortress of Peniscola, located 8 kilometers to the South. In the city, little has survived from that time, even the fortress wall was destroyed in the early 18th century. 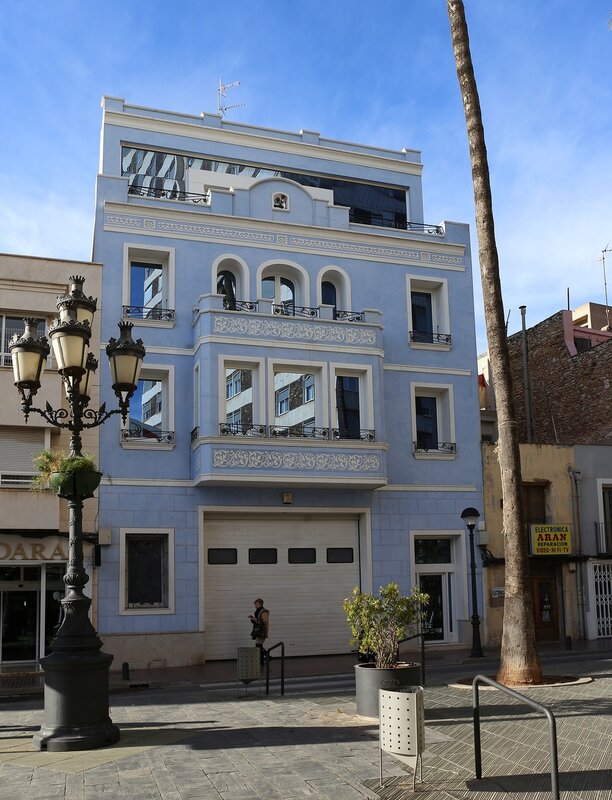 Town located in the agricultural zone, so the industry is represented by enterprises processing fruit. However, the main part of the economy of the city is in the resort business. Benicarlo actually connects to Peniscola chain seaside hotels. 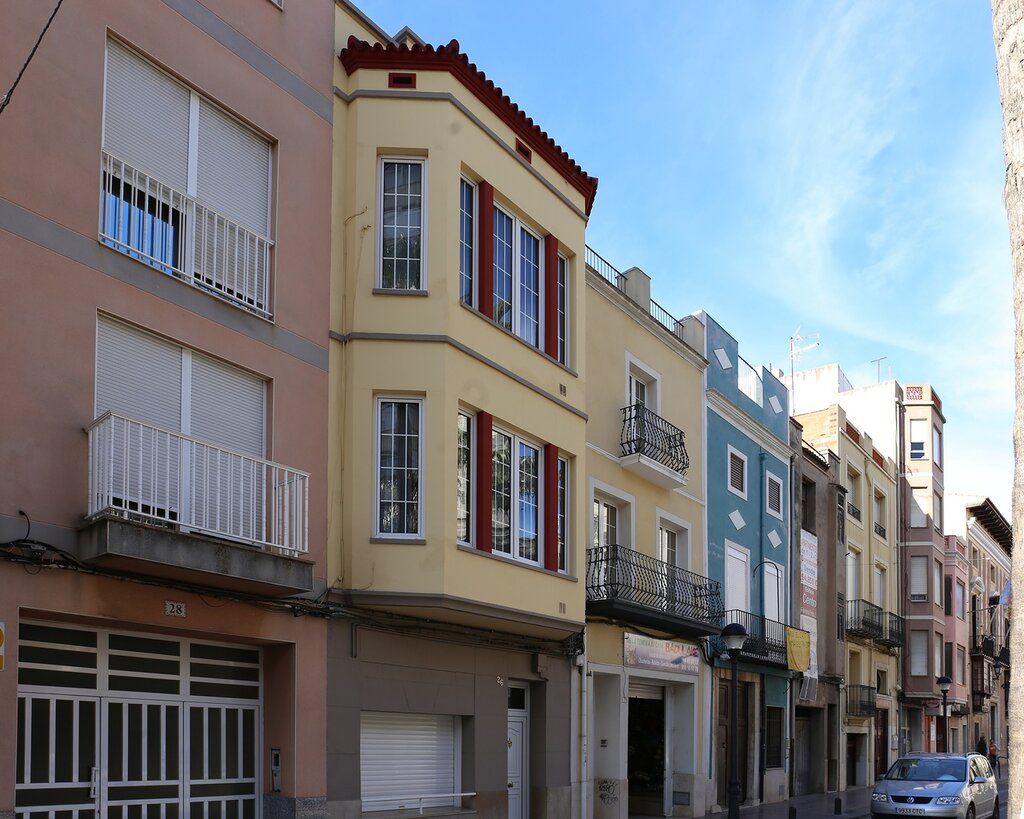 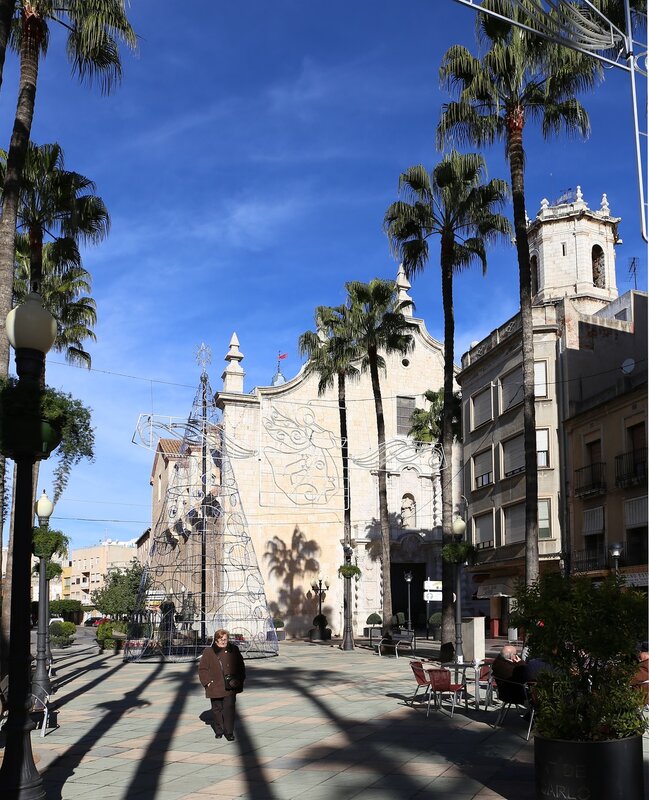 Fountain "Fisherman and fisherwoman". In recent decades, tourism has pushed the historical profession of the inhabitants of the city, but in the port of Benicarlo and is now based a lot of fishing vessels, in processing plants fish. 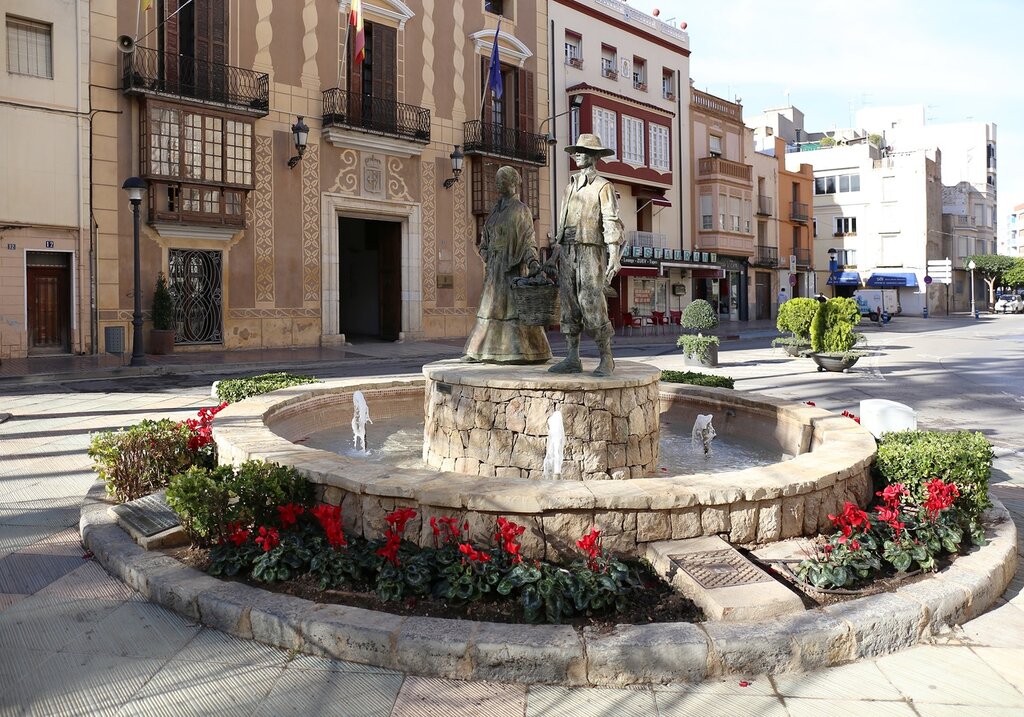 Opposite you can see a wonderful mansion in the style of early modernism. The façade painted in sgraffito, there are openwork balcony lattice and small wooden balconies under them, the eaves lined with patterned ceramics. Neighboring buildings also attract attention. At first glance, the town seemed to me interesting in terms of architecture. Before the trip I read about Benicarlo is not too exciting stories, and therefore did not plan a full visit. Sorry...maybe when there will be occasion to look here at least half a day. 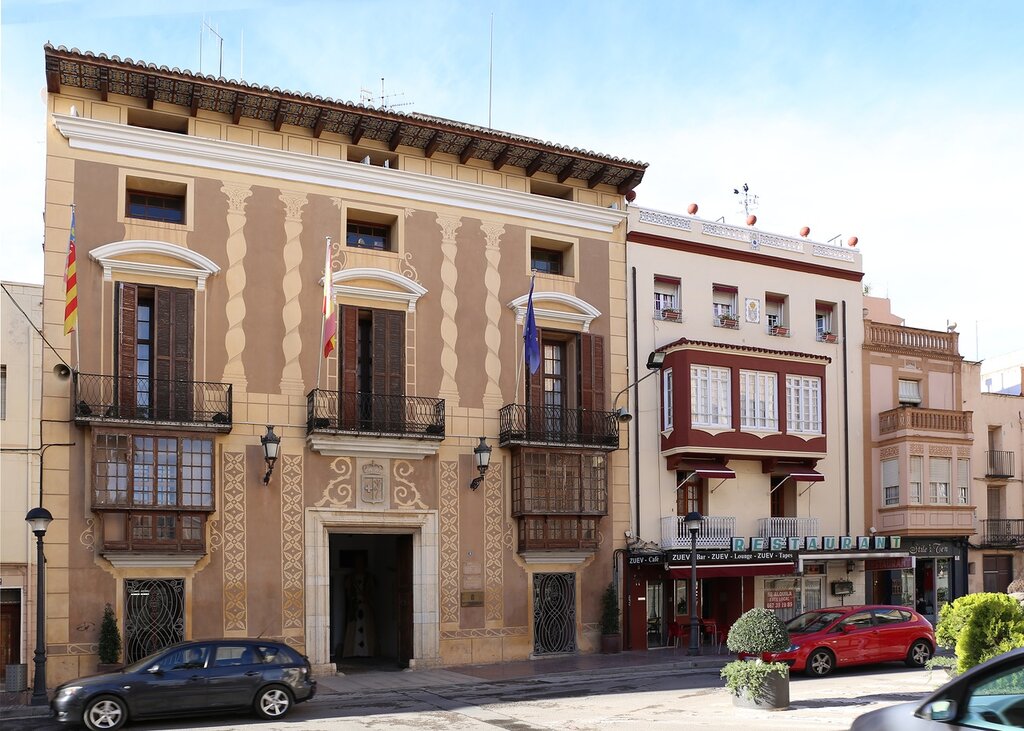 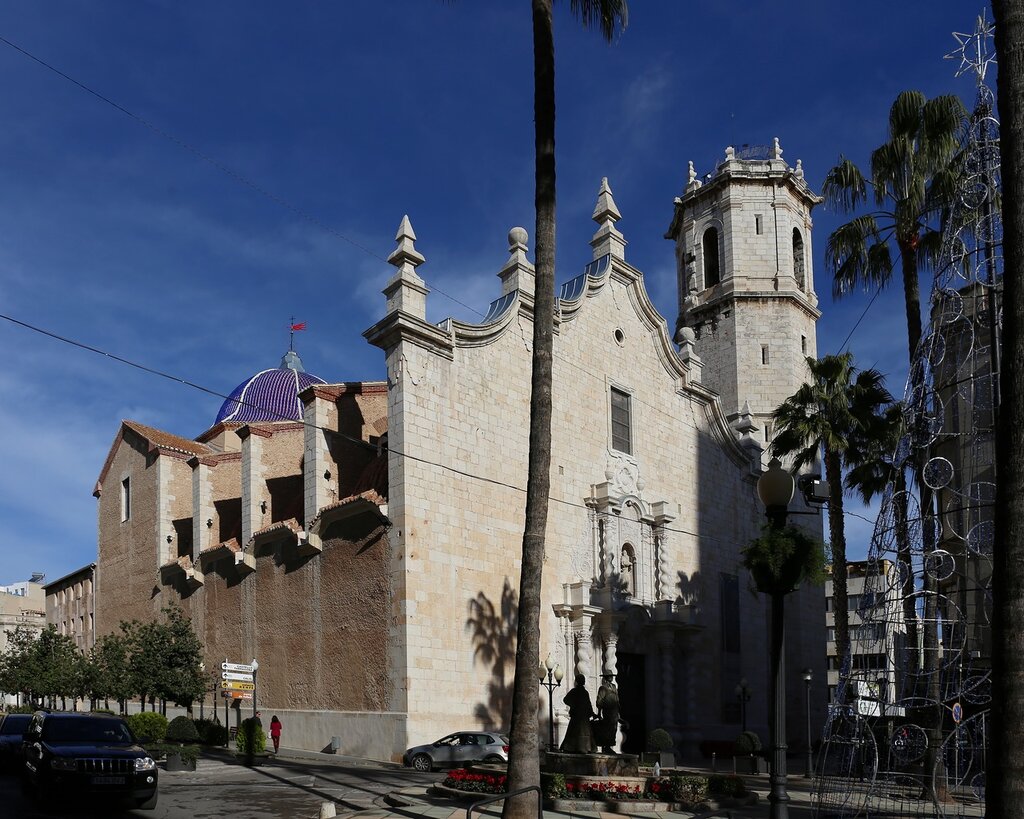 the construction of the Church began on 25 may 1724 and was completed on 9 October 1743. The temple was built on the site of the old Church, about which there is no information. 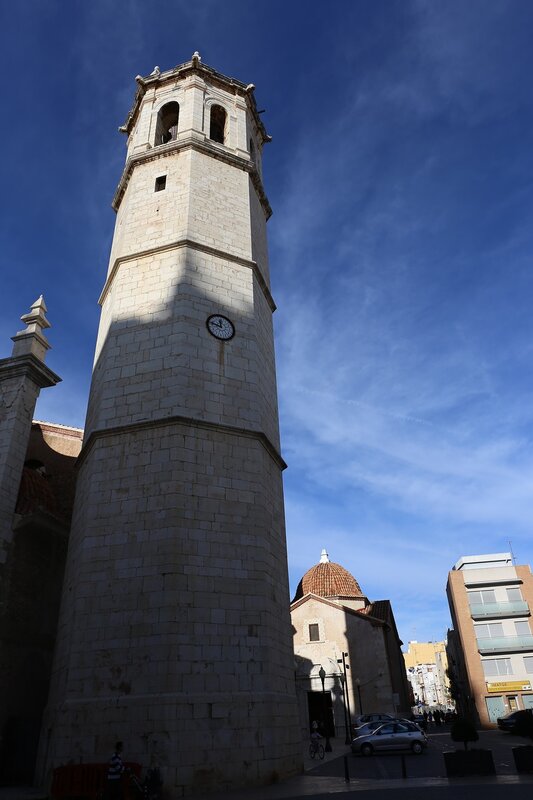 the Church was consecrated in the name of St. Bartholomew (Varfolomey), patron of Benicarlo. 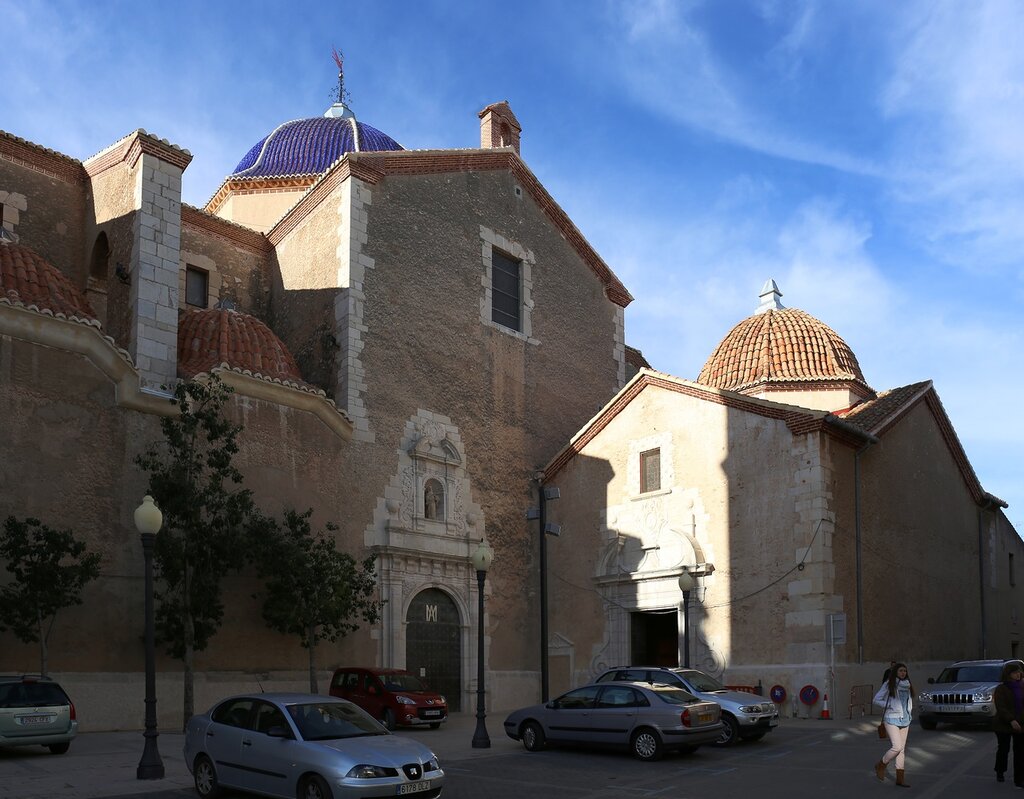 St. Francis Monastery (Convento de San Francisco map) was founded in the 16th century, but those buildings have not survived. What you see now is the building of the monastery and Church in the Baroque style, was built two centuries later. In the 20th century the monastery was used as a guards barracks and later as a municipal warehouse. At the end of the century some rooms were restored and now you can visit the cells, kitchen and refectory. On the square in front of the Church is the bus stop in Peñíscola. In summer the bus goes to the railway station, in winter you can only go from the bus stop located in front of the facade of the monastery (schedule, map). 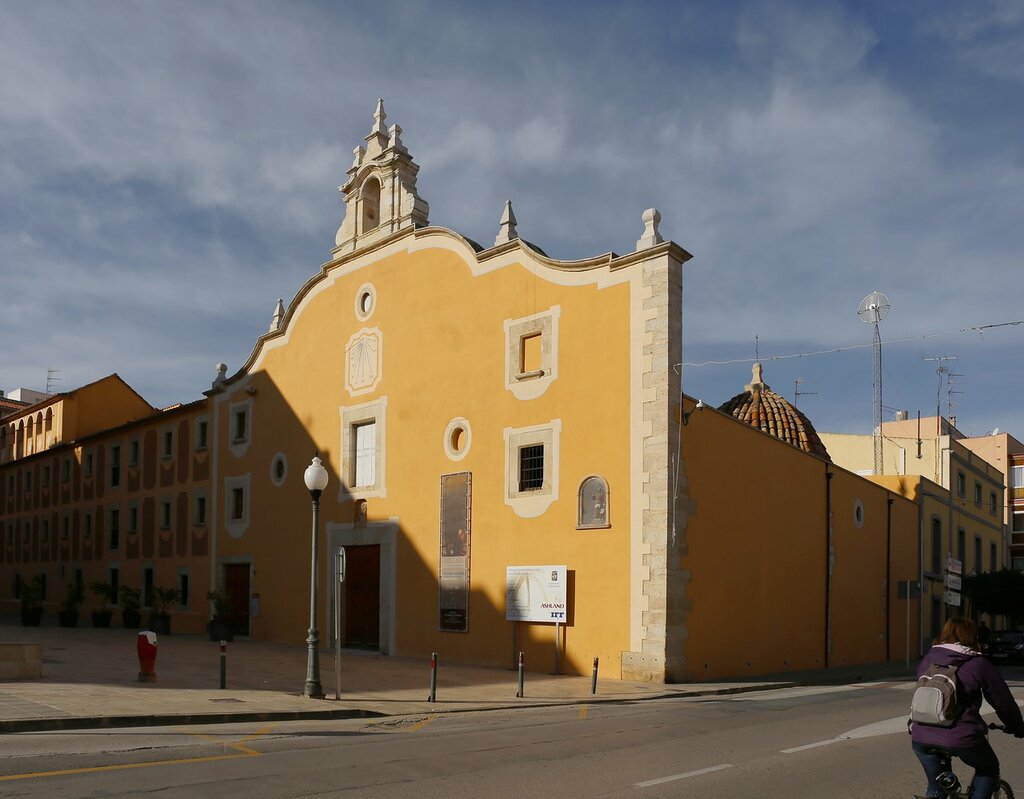